On 19 June, Wizz Air celebrated the opening of its 17th base at Riga Airport, with the launch of services to Barcelona, Doncaster Sheffield and Paris Beauvais. Cutting the celebratory ribbon are: Anrijs Matīss, Minister of Transport of Latvia; György Abrán, CCO, Wizz Air; and Aldis Mūrnieks, Chairman of the Board, Riga Airport. Secondly, on 20 June, the airport celebrated with this great cake the launch of twice-weekly flights on the 1,630-kilometre sector to Doncaster Sheffield. Marking the event are: Aldis Mūrnieks, Chairman of the Board, Riga Airport; and Ewa Danecka, Нead of Riga Base, Wizz Air. 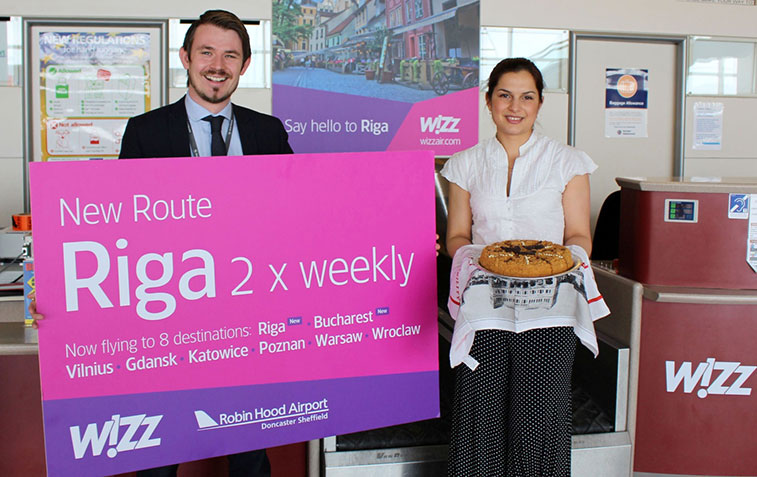 However, celebrations continued at the other end of the route, where the LCC was welcomed by the Yorkshire gateway with a traditional Latvian honey cake. Finally, on 22 June, Riga celebrated Wizz Air’s inaugural flight to Barcelona, with another fantastic cake. The 2,351-kilometre sector will be served twice-weekly on Wednesdays and Sundays. Besides the launch of the Riga base, Wizz Air added twice-weekly flights from Gdansk to Malta, using its A320s. The inaugural flight was celebrated with this excellent cake at the Maltese gateway on 20 June.