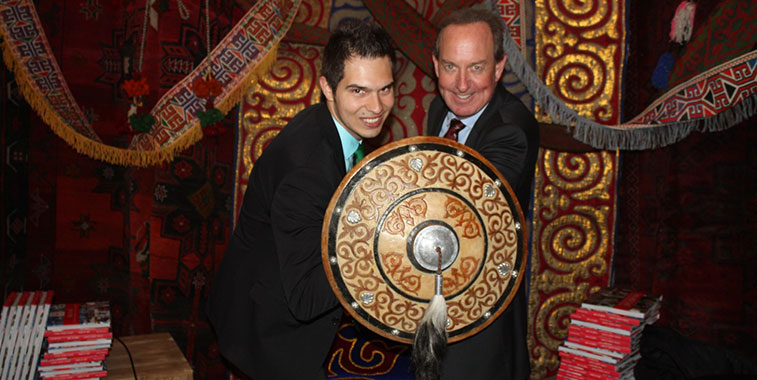 Following the recent lifting of restrictions previously imposed by the European Union on Air Astana, the flag carrier of Kazakhstan increased its frequency to thrice-weekly on the Astana-London Heathrow airport pair starting 1 June. Furthermore, with plans to expand into Europe next year, the airline hosted a special press briefing last week at the Mandarin Oriental Hyde Park Hotel in London, giving anna.aero’s Vlad Cristescu a chance to catch up with Air Astana’s President, Peter Foster.

anna.aero: What is the point of Air Astana? What is your business/leisure passenger split?

Peter Foster: To begin with, the airline was founded in 2001, when the Kazakhstan’s economy was expanding rapidly. Air Astana was established to provide safe, reliable, high-quality and profitable air transport services for Kazakh nationals trying to go overseas and for foreign business people coming to the country, particularly people associated with the oil and gas industries. Currently, our operations can be defined as a 55-45 split between leisure/students travellers and business passengers respectively.

aa: Air Astana has grown rapidly in recent years, handling around four million passengers last year. What is your forecast for 2014?

PF: We are not expecting any growth this year, due to the Kazakh market having been affected by a devaluation of the local currency in February. However, we are likely to see our passenger numbers rise in 2015, between 7.5% and 10%.

aa: What new network developments are you planning in the next 12-18 months? Are you considering services to Shanghai and Tokyo?

PF: We are seeking to launch operations to Paris and Prague starting next year. Furthermore, we are also expanding our regional routes with the introduction of services from Astana to Tbilisi and Bangkok. Besides this, we are currently investigating a number of other destinations, namely Tel Aviv and Mumbai, while both Shanghai and Tokyo are in our long-term planning.

aa: Which markets would you like to enter but can’t due to restrictions imposed by bilateral agreements?

PF: We would like to get more access to some specific markets in the region, such as Uzbekistan (Tashkent) and Tajikistan (Dushanbe). Following the lifting of EU restrictions recently, we are not prevented to expand to any country market within Europe anymore.

aa: How is the dual-hub strategy working for Air Astana?

PF: Air Astana has been operating the dual-hub strategy for many years. It is not the most efficient way of operations; however we have no choice due to the two different markets in Almaty and Astana, with the former being the primary hub. 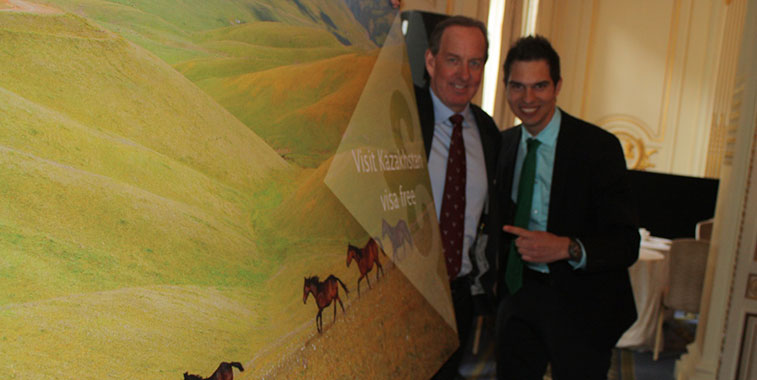 “Currently, our operations can be defined as a 55-45 split between leisure/students travellers and business passengers respectively,” says Foster.

aa: Do you focus on feeding European traffic to South East Asia?

PF: We are not interested in this type of strategy because of the MEB3 (Middle East Big three carriers) along with the Asian and European airlines already feeding traffic from Europe to South East Asia.

aa: What is your criteria for evaluating potential new services?

PF: The main criteria for the selection of potential new routes are based on sectors with low competition. Moreover, we are also looking at markets that are both underserved and require connectivity to the rest of the world.

aa: Air Astana is currently operating a fleet of 32 aircraft. What types are you planning to incorporate into your fleet in the future?

aa: Why are you operating four different aircraft types? Is this necessary because of your route structure, or is this just a clever aircraft acquisition strategy?

PF: Air Astana is operating in a diverse market with various sector lengths. Therefore, our fleet strategy is entirely driven by our route network.

aa: According to our analysis, services to both Russia and Amsterdam will record capacity declines (15% and 20% respectively) this summer. Where are you shifting this capacity?

PF: After the devaluation of the local currency in February we decided to cutback some capacity this year. As part of the operational rationalisation of our network, we decreased capacity to the Russian market and the Netherlands.

aa: Have there been any services which did not live up to expectations?

PF: Unsurprisingly, services to Ukraine have been affected in the short-term as a consequence of the local crisis. However, we are positive about the rapid recovery of this country market.

aa: Why is BAE Systems an investor in Air Astana? Is BAE still willing to sell its stake?

PF: BAE became an investor into Air Astana through an offset programme. Initially, the British multinational company were keen to sign an air defence system deal with Kazakhstan’s government. During the negotiation process, the Kazakh President suggested to the Vice Chairman of BAE to embark on an airline joint venture. While the air defence system contract never materialised, the airline joint venture has become an incredible success in terms of return on investment. At this point in time there is no indication that BAE is willing to sell its stake. 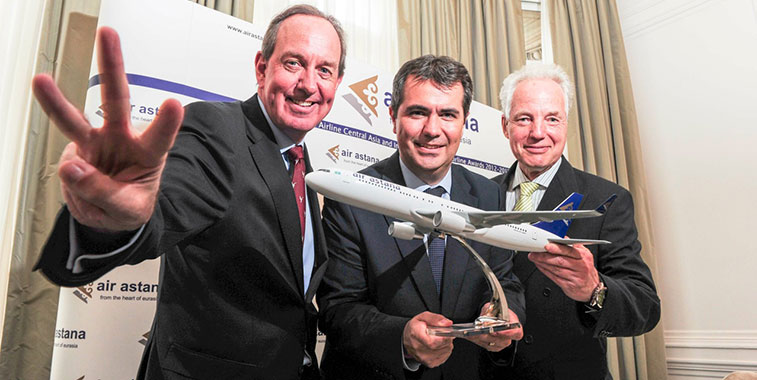