As part of its 2014 network expansion, China Southern Airlines commenced thrice-weekly operations from Guangzhou via Changsha to Frankfurt on 24 June. The new route will be served by the airline’s A330-200s.

Established on 1 July 1988 following the restructuring of the Civil Aviation Administration of China, China Southern Airlines has been growing impressively in recent years, being ranked as the biggest airline in the Asian region according to passengers carried in 2013. The airline is based primarily at Guangzhou and Beijing airports, and serves over 190 destinations worldwide as of this summer. With a current fleet of 468 units and more than 50 aircraft on order, the SkyTeam alliance member claimed the distinction of being the first carrier in the world to be operating both the A380 and the 787-8.

The largest Chinese carrier, according to Innovata schedule data for week commencing 19 August 2014, China Southern handled around 92 million passengers last year (a new record high), representing an increase of 6.2% over 2012 figures. Furthermore, in the first five months of 2014, for which data is already available, the carrier posted an increase of 9.3% when compared to the corresponding period of the previous year, with 40 million passengers achieved until end-May. If the airline continues on this growth trajectory, it would pass the magical 100 million passenger figure in 2014, based on anna.aero’s forecast. 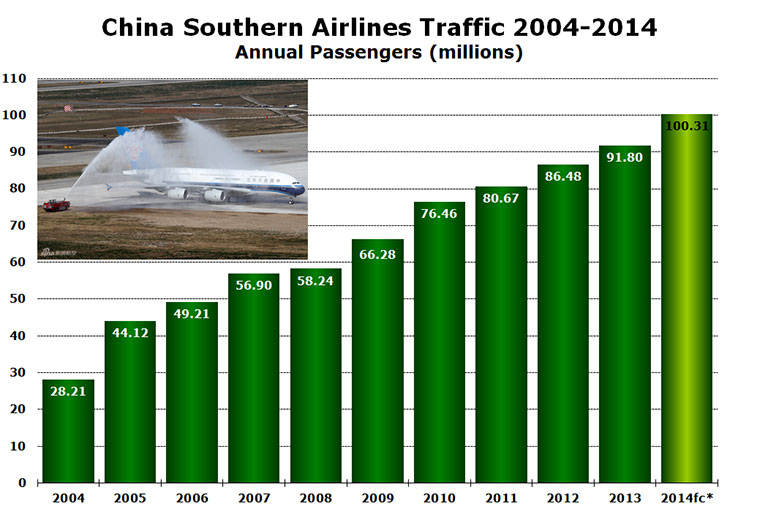 Benefiting from a favourable economic climate, the Chinese operator’s traffic has grown each year, posting an impressive 225% growth between 2004 and 2013. Besides the passenger numbers, which have tripled over this timeframe, China Southern’s average annual load factor has improved significantly from 67% in 2004, to 74% in 2008, and last year it reached 80%.

China Southern’s traffic growth has been almost uninterrupted over the last four years, with the exception of January 2013. Historically, July and August have been both the strongest months of the year, as a consequence of the increased tourist demand during the summer period. Overall, the carrier’s seasonality profile was relatively flat in 2013, with the peak month of August reporting 34% more passengers than January, the month it achieved the lowest traffic figure. 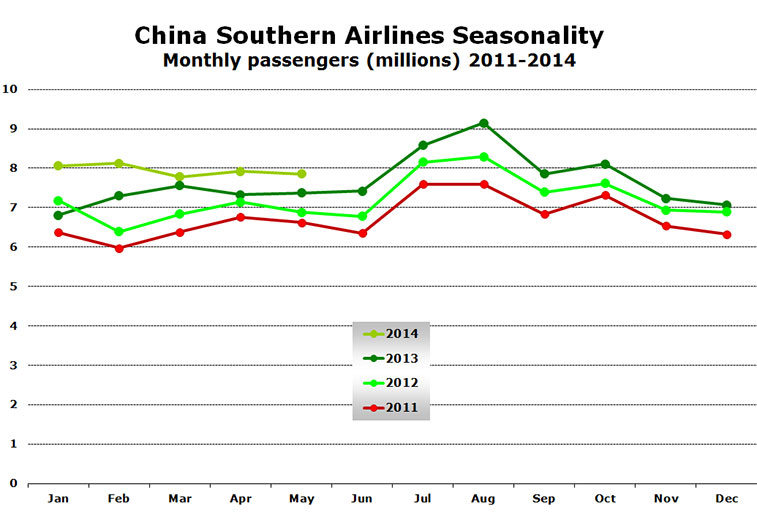 Guangzhou accounts for 15% of weekly seats

Examination of China Southern’s current network, reveals that the carrier operates over 1,200 non-stop routes to a total of 194 destinations, of which 126 are in China. In fact, the airline’s top 12 airports account for over half of total weekly seat capacity this summer. Unsurprisingly, Guangzhou, one of five major airports serving the Pearl River Delta region on China’s southern coast, is the biggest hub by weekly seat capacity (15%), posting 8.7% growth or a net increase of 26,960 weekly seats when compared to data from the same period last year. By comparison, this is twice as big as its second major hub at Beijing, where the Chinese operator increased its capacity by a modest 1.6% over the last year. 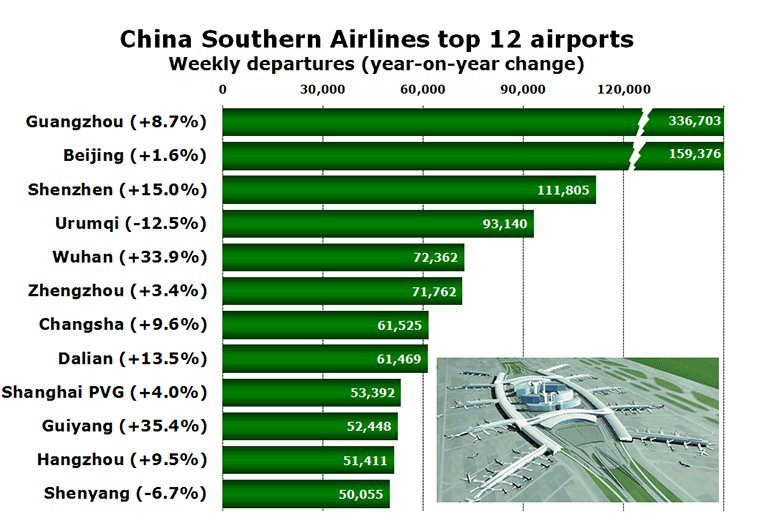 China Southern’s weekly seat capacity experienced 8.2% growth this August when compared to data from the same week last year, with 10 of the top 12 airports growing. Guiyang is not only a new entrant into this year’s graph, but also the fastest growing airport, as a result of the airline having increased its capacity to the gateway for Guizhou Province by 35%. On the other hand, Urumqi will witness the greatest decline, as China Southern has trimmed a total of 13,335 weekly seats (-13%) from its schedule. 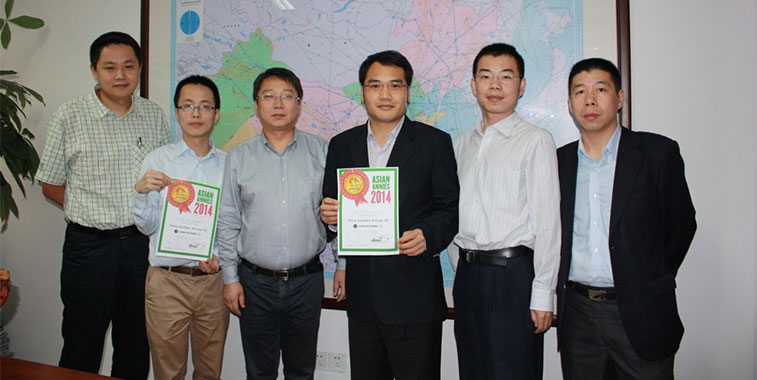