Vueling turns 10; almost 100 new routes added in last 12 months as it battles with Ryanair in Brussels and Rome Porto (Portugal) and Tallinn (Estonia) both celebrated the launch of Vueling flights to Barcelona this summer with Gaudi-themed cakes. The Spanish LCC is now connected to 121 destinations from its main base this summer. Its route network has grown by almost 50% in the last 12 months to reach close to 300 routes this summer.

Vueling marked its first decade of operations this week, as the Spanish carrier’s first flight took off on 1 July 2004. Since then it has developed a major network from its main hub in Barcelona, merged with fellow Spanish clickair in 2009, and grown rapidly in recent years to now operate a fleet of 90 A320s. Now part of IAG along with British Airways and Iberia, the carrier transports more passengers from Spanish airports than any other airline bar Ryanair.

Although currently ranked fourth among European LCCs in terms of annual passengers (17.1 million in 2013) behind Ryanair, easyJet and Norwegian, Vueling’s base in Barcelona offers more non-stop destinations than at any other LCC base except for Ryanair’s London Stansted base. With 121 destinations on offer from Barcelona it ranks among Europe’s 10 best connected airline hubs. Just five years ago, before the merger with clickair, Vueling connected to only 18 destinations from Barcelona. 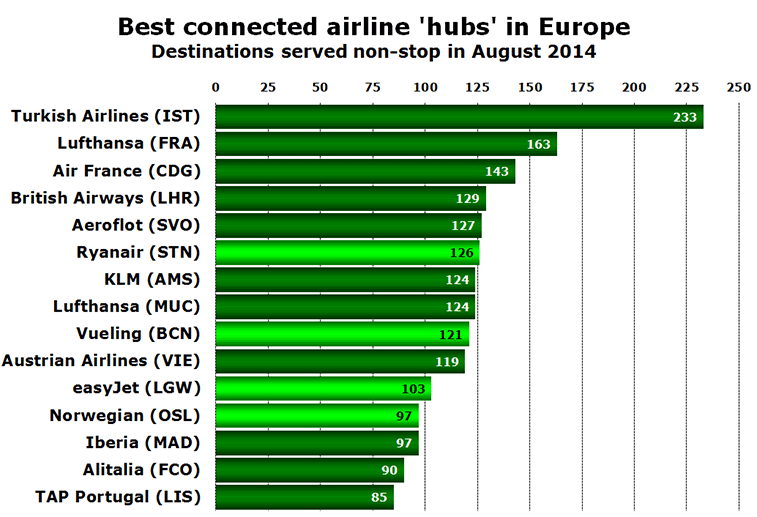 50 aircraft based in Barcelona

According to the airline, 50 of its 90 aircraft are based this summer in Barcelona. The next biggest bases in terms of aircraft are Malaga and Rome Fiumicino which will be home to five aircraft each this summer. The airline has 10 single aircraft bases; five in Spain, four in Italy and one in Amsterdam.

Since last August, the airline’s network has grown by almost 50% from 195 routes to 287, with the number of flights up by 32%. While Barcelona is clearly the airline’s busiest airport, Rome Fiumicino has rapidly grown to become the airline’s second biggest base. Other non-Spanish airports (shown in bright green) with significant operations include Amsterdam, Brussels, Catania, Florence and Paris Orly. 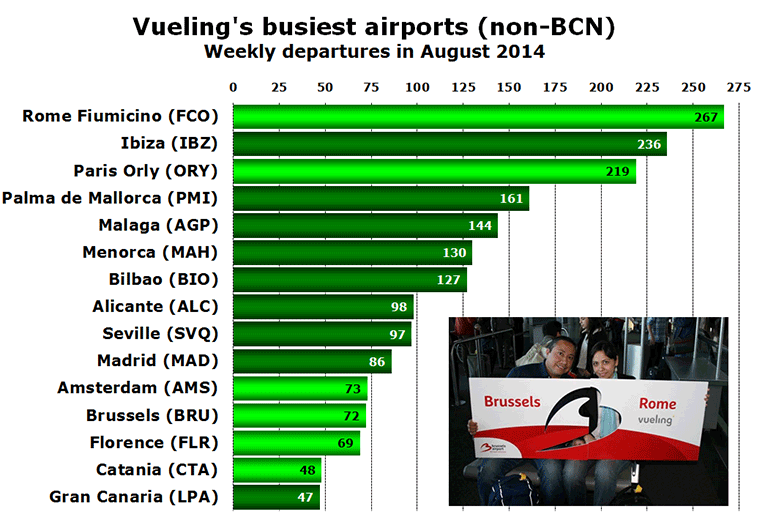 Among European LCCs, Vueling has dropped a relatively small proportion of the routes it has ever started. anna.aero’s analysis has unearthed just 11 routes that the airline has dropped from Barcelona in 10 years; Amman, Ciudad Real, Groningen, Istanbul Sabiha Gökçen, Ljubljana, Pamplona, Southampton, Strasbourg, Tarbes/Lourdes, Valencia and Verona. These 11 routes represent less than 10% of all the routes launched by the airline from Barcelona.

In contrast Ryanair has, at one time or other, served around 170 destinations from London Stansted but currently serves just 126 indicating a route churn rate of over 25%. At London Gatwick, easyJet has dropped just over 10% of all the routes started from the airport.

Facing up to Ryanair in Brussels and Rome

Since September 2010, Vueling has been competing head-to-head with Ryanair from its home base in Barcelona. That was when Ryanair decided to open a base at the airport. This summer, of the 39 routes served by Ryanair from Barcelona’s main airport, 23 compete directly with Vueling. However, Vueling’s decision to expand its operations considerably at Brussels’ main airport and at Rome Fiumicino resulted in Ryanair (which has bases at Brussels Charleroi and Rome Ciampino) taking the unusual step of responding by announcing bases at the bigger airports. As a result, the two carriers are now competing head-to-head on a number of routes from these two airports. The following table summarises the competitive position this summer at these two airports between the two carriers, showing the weekly frequency of flights offered by both airlines on overlapping routes, and also the total weekly frequencies offered by other carriers.

On all but one route (Brussels-Valencia), Ryanair and Vueling are competing against other carriers (such as Alitalia and Brussels Airlines) for passengers. It will be interesting to see the level of route overlap from these airports next summer, as history suggests that this level of intense LCC competition is unsustainable in the longer-term. For now though, the residents of Brussels and Rome would be well advised to make the most of some great value fares to the destinations listed above. 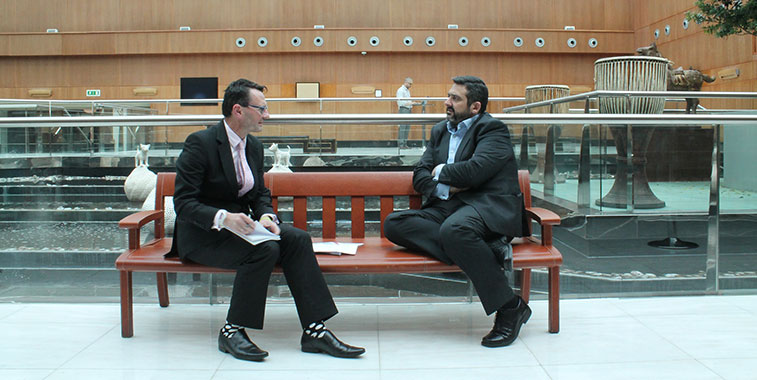 anna.aero meets Cruz
Last month anna.aero’s publisher, Paul Hogan, met with Vueling CEO Alex Cruz (right) near the headquarters of its parent company, International Airlines Group. In a wide-ranging interview Cruz explained:
• “We don’t like low cost airports and low cost terminals.”
• “We’re definitely serving the business traveller. Airports who want to win our business – and get the benefit of serving and selling things to our customers – need to appreciate what service level we know these customers expect.”
• “We have the best relationships with those airports that have similar commercial pressures to us.”
• “Rome is a very big bet; we can really make something out of Rome. Rome has a lot of parallels with Barcelona where the whole Vueling story started. At the end of this year Rome will be about the size that Vueling was in Barcelona by about 2009.”
You can read all of Cruz’s comments, and more on which airports will get new routes, and what he thinks of the future of routes to Russia/Eurasian Economic Union countries by reading his full interview which appeared in ACI EUROPE’s Airport Business magazine and which is downloadable here for your convenience. 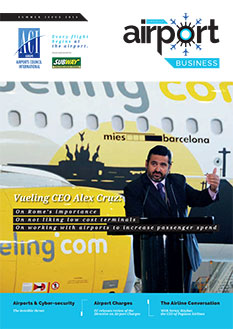