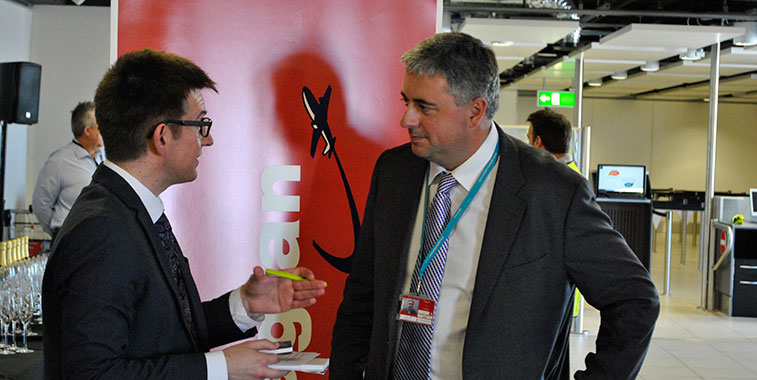 London Gatwick’s CEO, Stewart Wingate told anna.aero that he would be delighted if he can encourage Norwegian to fly east from Gatwick, possibly to Bangkok. The airport also desires more US services – Wingate mentioned Chicago and San Francisco as potential targets.

anna.aero: Are you going to encourage Norwegian to look east (they fly to Bangkok from Oslo and Stockholm) now these US routes have begun?

Stewart Wingate: Norwegian came in about five years ago. They’ve built a really successful business – they’re our fourth biggest airline. They’ve got a very extensive European network. They offer a great service onboard, including free WiFi, which has gone down really well with passengers. We’ve been watching very closely what’s been happening in Scandinavia, so when you look at the route network it goes west as well as east, and certainly that’s something we’re very interested in. We’ll have the three flights per week initially into JFK – what we will try to do with Norwegian is convert that into a daily frequency. Also, if we can encourage Norwegian to fly east to the likes of Bangkok, of course we’d be delighted.

aa: What are your route development white spots?

SW: I think if you were to look at the immediate targets for Norwegian, we’d be looking at continuing to strengthen the frequencies on the European network. Europe is still by far the UK’s biggest trading partner, so we still continue to focus on that. In fact, this year Norwegian has gone from three based aircraft to five based aircraft at Gatwick. In addition to that we’d be looking at long-haul routes, so I suppose the immediate targets for us would be to look across the US, maybe look at the likes of Chicago or San Francisco, and then look east where Bangkok would be high on the list. 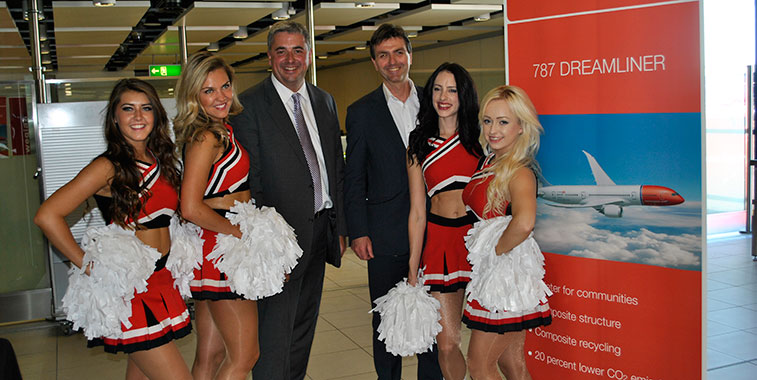 London Gatwick’s CEO Stewart Wingate and CCO Guy Stephenson celebrated the launch of three new US routes last week. There are already plans to try to convince Norwegian to increase the New York JFK route to a daily frequency.

aa: You have eked out another two movements per hour (from 53 to 55) this summer from your already over congested runway, if you don’t get a second runway, what’s plan B for further capacity growth at Gatwick?

SW: Well, we think we’re the only obvious and deliverable solution for a new runway. In the meantime, between now and 2025, we need to focus on optimising the runway that we’ve got. Four years ago, when we first came to the airport, we used to declare a capacity of 50 movements per hour, last year we drove that up to 53 movements per hour, and this year we’ve declared 55 movements per hour and that’s now enabling us to see about 130,000 passengers per day come through in the peak summer months. Remember, that’s two frequencies in the peak hour that we’ve added across a number of hours each day. We’ll handle 38 million passengers this year.

aa: easyJet already offers over 40% of total seats at Gatwick. Are you scared that, as they continue to grow, they will wield too much influence over you?

SW: easyJet has a very strong product. One in five of its passengers is now travelling on business; Norwegian has a similar statistic, and I think what we’re seeing is that the European market increasingly is being served by the low cost carriers. I think the reason why easyJet and Norwegian are being so successful from Gatwick is that they’re offering a very relevant product to both leisure and business passengers. If you’re a business traveller, the sort of products that you’re getting today are what you really want – allocated seating at a very affordable rate, flexi fares, and the ability to speed through the airport and use the VIP lounges. So the business proposition is exceptional value for money and very relevant to the traveller. I think with easyJet, they’ll base around 60 aircraft here in the summer, and they now offer a very comprehensive network across Europe. If you look across Europe, we now serve 46 of the 50 key business destinations.

aa: When speaking to airlines about route development, what do you say to set Gatwick apart from the other London airports? At London Heathrow they will get higher yields and there is less congestion at London Stansted and London Luton.

SW: What sets us apart is that we value each and every one of our airlines – we put in place tailored bilateral contracts directly between the airport and the airline. That enables us to offer specific services for their style of airline and particularly to their passengers. I think if you look at the key attributes of Gatwick, we’ve got 15 million people within a one-hour journey time of our doorstep, so we’ve got a very rich market in terms of wealth and size. We’ve got a very strong history and legacy of flying globally, as well as across Europe, on a whole range of carriers, so we offer legacy as well as low cost options, and we have excellent connectivity. So it’s really the size and wealth of our market, our location, our history, it’s the services we offer, and it’s the connectivity that we have.