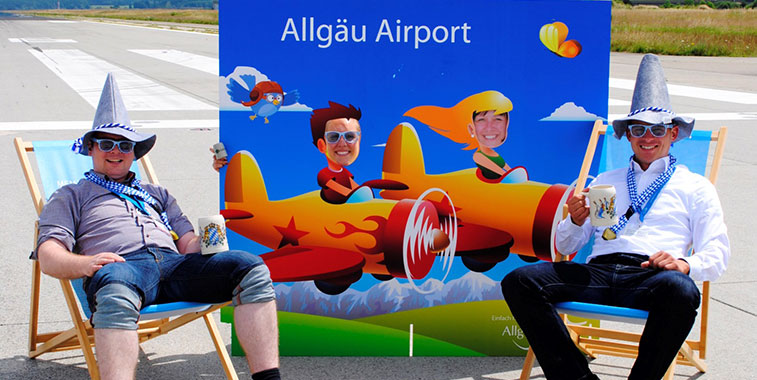 Team Allgäu Airport risks ingestion by training on its own runway for “bud:runway run” – the charity race taking place on Budapest Airport’s runway on 6 September. Marcel Schütz, Chief Commercial Officer (left), explains the training regime: “We’re doing it in the Bavarian way, with ‘Bavarian doping’ – we have great faith in the properties of Bavarian beer and we believe that we will beat all airlines and airports.” Marcel also adds: “It’s better our boss, Ralf Schmid, doesn’t see our training methods.” (We’re sure he won’t Marcel – only about 100,000 people follow anna.aero each month…)

Allgäu Airport has announced a powerful team entry for “bud:runway run” – the running race taking place on Runway 13R-31L at Budapest Airport on Saturday 6 September in aid of child cancer charities and other good causes.

The Bavarian airport is making a serious pitch at winning the prize for “The Fastest Airport In The World” by lining up against other teams and individual entries from 35 airlines, and a further 45 different airports and other air transport enterprises, which have already signed up to run the two race lengths of either 6km (two runway lengths) or 12km (four runway lengths).

bud:runway run is organised by a coalition of race host Budapest Airport, Nike, platinum sponsor and official carrier, Wizz Air and anna.aero (Nike Sport will provide marathon-grade race organisation, while anna.aero is using its reach to 100,000 unique visitors to its specialist route news and analysis to broadcast the event to the world’s air transport community).

As most airlines and airports already have major charity commitments, there’s no need for participants to raise big cash sponsorship targets – competitors just have to pay an entrance fee (€75 for individuals or €50 per runner for team entries) with 100% of this sum donated to the benefiting charities.

To see some of the airlines, airports and others who have already signed up go here 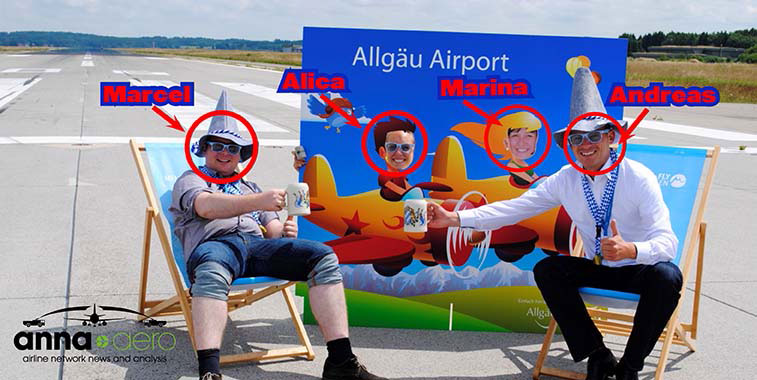 The Allgäu Airport team (in their own words)
• Marcel Schütz, CCO: “He will approach the run strategically and find a solution with minimum input and maximum output like the ‘hare’ (airline) and the ‘hedgehog’ (Marcel).” (Like we said – this is their own words!)
• Alica Keck, Sales Manager: “The youngest in the team, one year with the airport, her hardest test in the first year will be the bud:runway run!!!”
• Marina Siladji, Head of Marketing: “Normally chasing after balls (playing tennis) – this time chasing after airlines.”
• Andreas Loritz, Head of Non-Aviation: “His responsibility is to supply us with the strengthening stuff from his terminal shops – our joker, trainer, and fastest runner in the team – Andreas always has to be the first.”

Allgäu Airport hopes its youthful team will be highly competitive – it is, after all, also one of the youngest airports in Europe, having recently celebrated its seventh anniversary – you can read all about the 23 routes which have been adopted by airlines and 35 other great available routes from Allgäu Airport on anna.aero’s sister site, TheRouteShop.com

“The Fastest Airport In The World” prize which Allgäu Airport is chasing is one of a series of anna.aero-Budapest Airport “Golden Cake Trophies” which will be presented to winning entries in “bud:runway run” including the key team prize of the “The Fastest Airline in the World” and the top individual categories of  “Fastest Airline CEO” and “Fastest Airport CEO” (with separate prizes for male and female winners). There are also prize categories in everything from travel retail to ground handling – indeed absolutely everyone in air transport is welcome to take part.

To see some of the airlines, airports and others who have already signed up go here 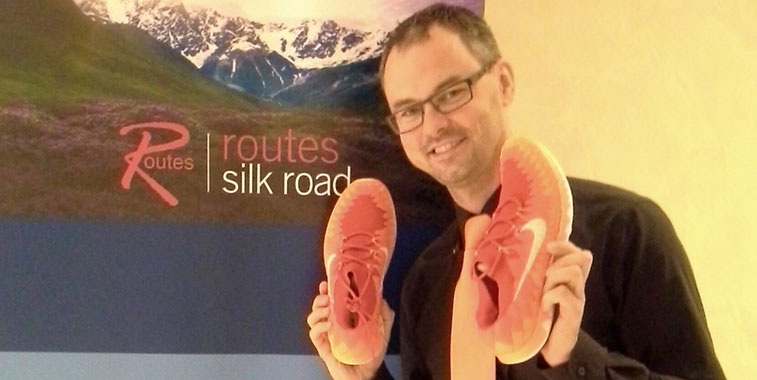