Norwegian gets going on Gatwick long-haul July 2 – Los Angeles: Norwegian’s new routes celebrations at London Gatwick were typically all-American – with cheerleaders on hand to get passengers in the mood. After the new route cake was cut by the aircraft’s crew, Claire and Stephanie enjoyed a piece, before flying off to L.A. on holiday. July 3 – New York JFK: Save some for the passengers guys! Norwegian CEO Bjørn Kjos and London Gatwick CEO Stewart Wingate get stuck into the new route cake, before Kjos has to do his best 787 impression on the ramp before the inaugural JFK service leaves. 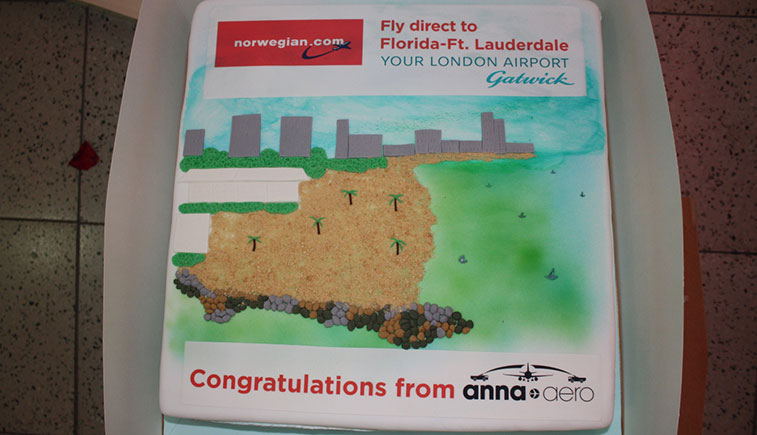 July 4 – Fort Lauderdale: The third and final cake baked by anna.aero was for the Independence Day launch of services to the Florida hot-spot. The route will be flown twice-weekly. 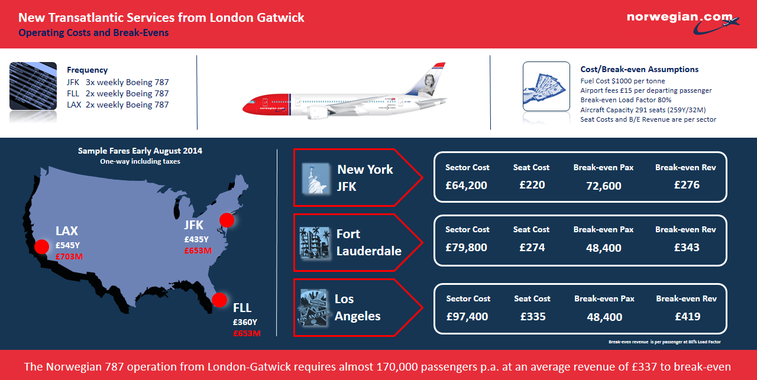 Norwegian’s three new transatlantic routes will face some pretty stiff competition, particularly in the London to New York market, which already has around 30 flights per day. But this won’t matter as long as they make money. In the second of a new anna.aero feature, and thanks to our friends at Aviation Analytics, we invite our readers to examine each Norwegian London Gatwick – US route in more detail using the interactive route economic calculator. Each route can be selected from “Bookmarks” and using the sliders you can vary either average revenue or load factor to observe the break even position. So will Norwegian’s Bjorn (not ABBA’s) be singing ‘Money, Money, Money’?