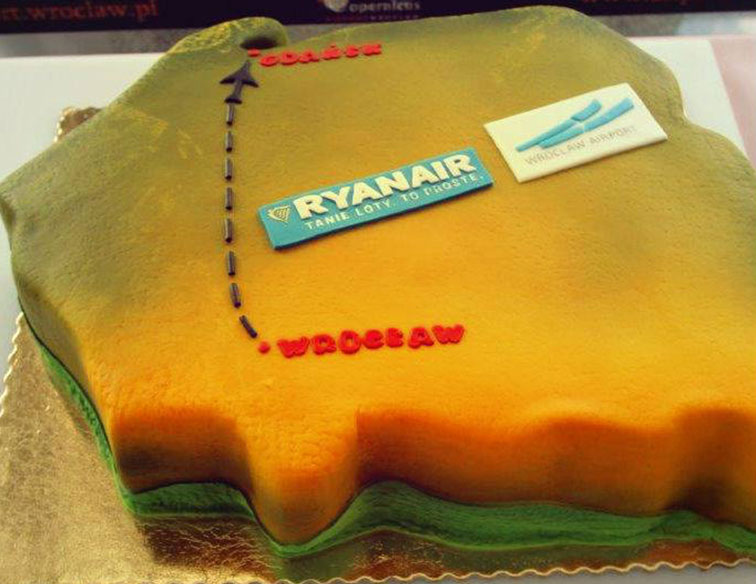 One of Ryanair’s eight routes launched this week, the Wroclaw-Gdansk airport pair was celebrated with this fantastic cake on 1 July. The same day, Gdansk Airport welcomed Ryanair’s 737-800 from Krakow, a route that will be operated thrice-weekly. Ryanair’s launch of twice-weekly services to Rennes in France was celebrated at Porto Airport with this cake, which was served to passengers on the inaugural flight A couple of hours later, Ryanair’s 737-800 arrived at Rennes Airport. On 2 July, Ryanair launched another service from Porto, this time to Limoges in France. Cutting the celebratory cake’s first slice at the Portuguese gateway is Álvaro Leite, Marketing Manager, Porto Airport.