On 1 July, Lisbon Airport celebrated TAP Portugal’s inaugural flight to Bogota with a cocktail party as well as a traditional-themed cake. Marking the achievement are: Luís Ribeiro Vaz, Member of the Board, ANA; Luís Gama Mór, VP, TAP; and João Cotrim Figueiredo, President, Portuguese Tourism Board. 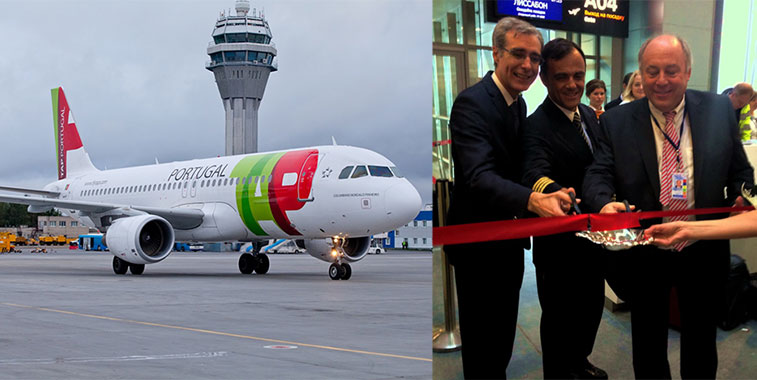 Celebrations continued on 1 July, this time at St Petersburg Airport, which welcomed TAP Portugal’s thrice-weekly flights from Lisbon with a ribbon cutting ceremony.