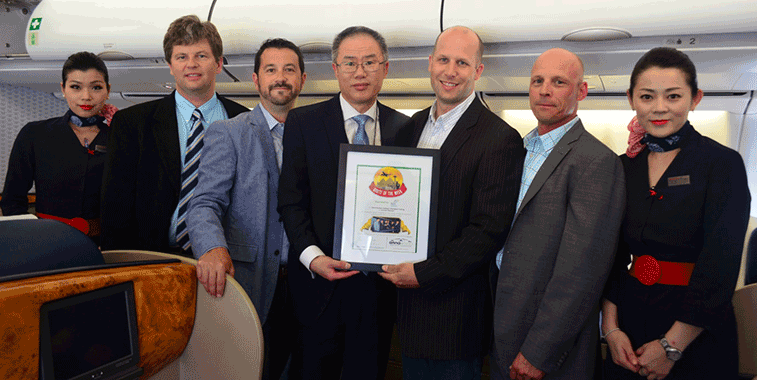 On 2 July, Ryanair celebrated with a cake one million passengers at Lille Airport. The ULCC is now serving the French gateway from Marseille and Porto with daily and thrice-weekly flights respectively. Marking the achievement are: Pierre Fernèmont, Route Development Manager, Lille; Audrey Legaigneur, Sales and Marketing for France, Belgium and Morocco, Ryanair; Amandine Lienard, the lucky passenger; and Hugues Perimony, Representative for Aélia Duty Free. 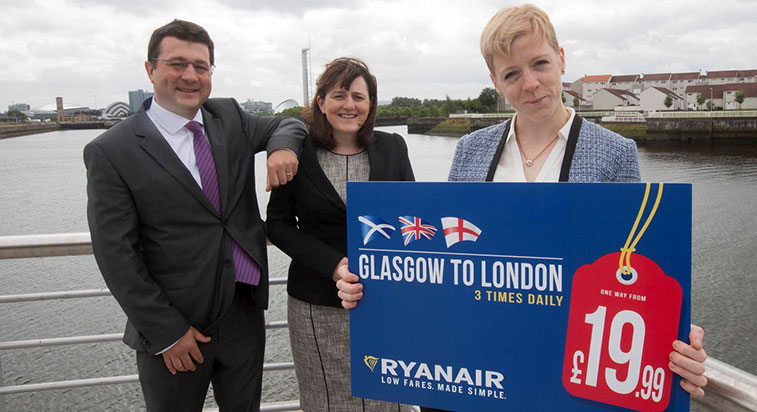 On 3 July, Ryanair announced significant growth for Scotland with the addition of three new routes, namely Edinburgh-London Stansted, Glasgow-London Stansted and Glasgow-Dublin, with the latter having been switched from Glasgow Prestwick. Part of the expansion, the Irish ULCC is opening its 69th base at Glasgow Airport, where it will base one 737-800s, bringing an additional 850,000 passengers to the Scottish gateway. On 3 July, Ryanair celebrated with a cake at Oslo Rygge Airport its 15th million Norwegian passenger — Viktoria Gjerde, who was travelling to London Stansted for the Wireless Festival in Birmingham. On 2 July Barcelona Airport celebrated Vueling’s 10th anniversary at the gateway, since it started operating on the Barcelona-Ibiza airport pair. The celebrations were marked by: Margarita Loma, Acting Director, Barcelona; and Julio Rodriguez, Commercial Director, Vueling. On 3 July, Leeds Bradford Airport had a rather unusual departure as cycling teams took off across the runway, which is the first time the Yorkshire gateway has ever hosted a race on the runway. Over 40 airport staff, including Tony Halwood, Aviation Development and Marketing Director, competed in the three kilometre race to celebrate the Grand Départ of the Tour de France starting in Leeds. On 4 July, running shoes instead of aircraft pounded the Shannon Airport runway for a short period at the weekend as 1,200 people took part in the first ever runway run at an Irish airport. A gap in the airport night time schedule allowed for the running of the charity event, which raised over €15,000 for the Samaritans.