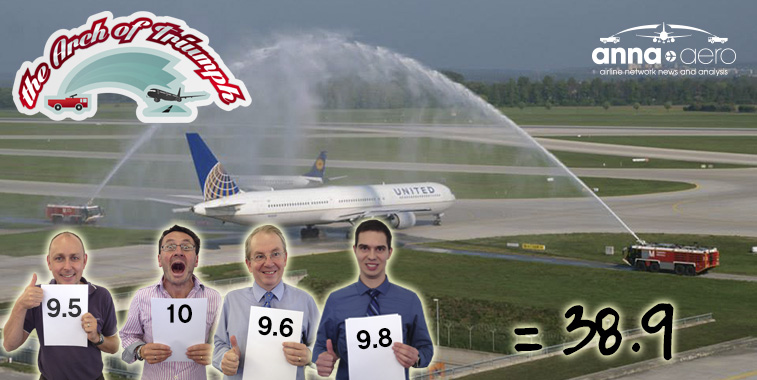 Still the Arch to beat. When we have quiet weeks like this one, we like to use the opportunity to remind firefighters and airport marketeers the world over what they have to beat. But in the week that Germany won the World Cup, do we really need reminding just how great they are at everything.

It was a sign. 11 weeks ago, when the above FTWA hit the desks at anna.aero, we should have known that a Bayern Munich player, inspired by this piece of airport marketing mastery, would aim to repeat such a world-beating feat in the World Cup Final in Rio. Yes, wunderkind Mario Götze, that plays his football just a few kilometres away in the Allianz Arena, was inspired by the firefighters and marketing team at his local airport to produce his clinical finish in extra time on Sunday night against Argentina. Götze even went one step further. Like many modern day footballers, his body is now semi-covered by tattoos. For the eagle-eyed among you, during the break between full-time and extra-time, you will have seen the #19 lifting the right arm of his shirt, where he has Munich Airport FTWA reproduced on his bicep and you will have lip-read him saying, “Let’s do it for the firefighters back in Munich.” Hard to believe, but true all the same. 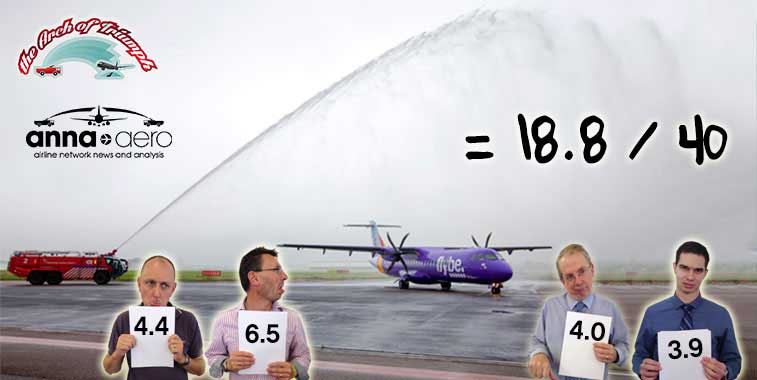 60% of a picture means limited scores in Maastricht. But it still won.

Judge’s comments: At which point in the photographer’s briefing by the airport marketing department does the over-stressed marketing executive say, “Whatever you do, make sure you only get one fire truck in the picture.” I’ll tell you – never. But for some reason they insist on doing it. Unless of course this photographer has lots of pictures of people from the shoulders down too?
Marc: 4.4; Paul: 6.5; Ralph: 4.0; Vlad: 3.9.