40-something Air Malta continues to focus on inbound leisure traffic; next on Etihad’s shopping list? 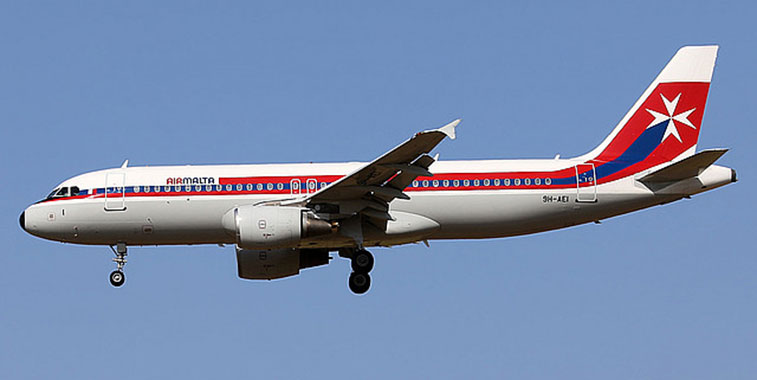 To celebrate the airline’s 40th birthday, Air Malta has painted one of its current aircraft in a retro colour scheme dating from its inception. Its next 40 years looked a little more certain last week, as it inked an extension to its codeshare agreement with Etihad Airways. Perhaps Air Malta will be the next airline on James Hogan’s airline shopping list?

Air Malta operates entirely from the main island of Malta, which also serves as the main airport for the islands of Gozo and Comino, all of which are situated 80 kilometres south of Sicily, and around 300 kilometres east of Tunisia and north of Libya. As one of Europe’s smaller flag carriers, and with a small local population, the airline, given its location, perhaps missed an opportunity when it was being set-up to act as a transit/transfer carrier connecting passengers between Europe and North Africa and the Middle East, deciding instead to concentrate on bringing in tourists to the Mediterranean groups of islands.

The airline currently operates a fleet of 11 aircraft (according to planespotters.net), with four A319s and seven A320s flying to destinations primarily across Europe. Air Malta’s weekly seat capacity has shown no discernable pattern of growth or decline over the past seven years, as it continues to battle against a LCC insurgency in its home market. In July 2007, LCC’s — or Ryanair — represented just 6.5% of Malta Airport’s weekly capacity. In July 2014, looking at the same week of operation, the Irish ULCC has now been joined by six other LCCs (Monarch Airlines, Wizz Air, easyJet, Vueling, transavia.com France and Norwegian) and the proportion of low-cost traffic at Malta has grown to nearly 43%. Interestingly, weekly scheduled seats at Malta have grown by 78% over the same period. 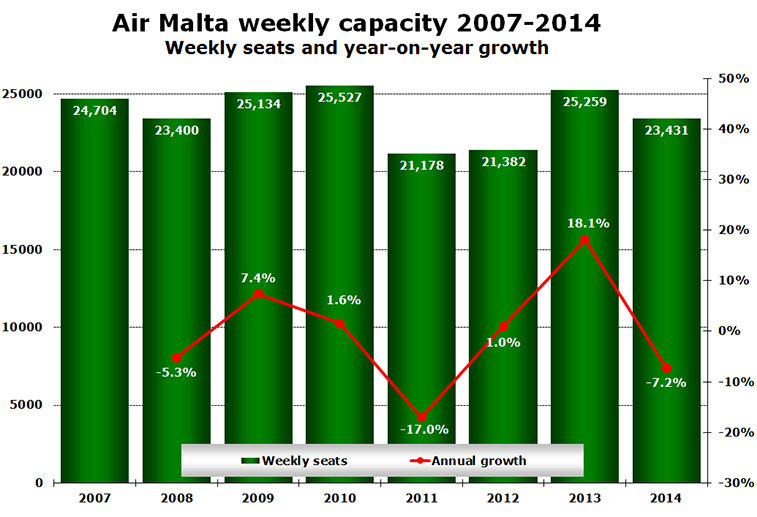 While the historical links between Malta and the UK have assured the latter retains its position as the #1 market, a capacity cut of 150 weekly seats in the German market — with only Frankfurt not being cut and Düsseldorf, Hamburg, Munich and Berlin Tegel all receiving capacity but not frequency decreases — has allowed Italy to jump into second spot. In total, four of the top 12 country markets have reported a capacity decline over the last 12 months, these being UK, Germany, Russia and Czech Republic. 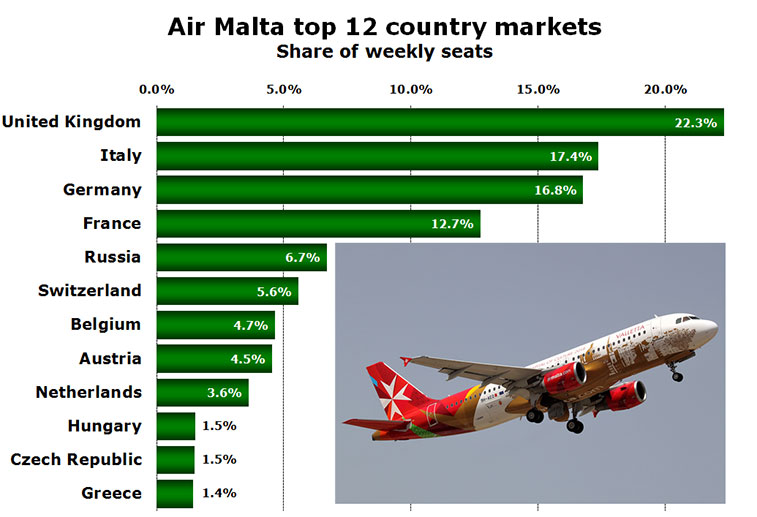 Over the last 12 months, the airline has started services to new country markets of Algeria (weekly to Algiers) and Romania (weekly to Bucharest). During the same period, Air Malta has withdrawn from Libya (daily service to Tripoli, twice-weekly to Benghazi), which last year had been the #6 country market, as well as Turkey (thrice-weekly to Istanbul Atatürk) and Ukraine (weekly to Kiev Boryspil).

Looking at the airline’s top 12 destinations from Malta, they constitute 63.1% of its current weekly flying, down marginally from last year’s figure of 63.5%. Capacity to Catania has seen the greatest annual increase, with a 13% weekly seat growth allowing it to overhaul Rome Fiumicino into second spot. Moscow Domodedovo has witnessed the most significant capacity decline of the top 12, with a 15% reduction pushing the Russian airport from the eighth position it held last July down to 12th. 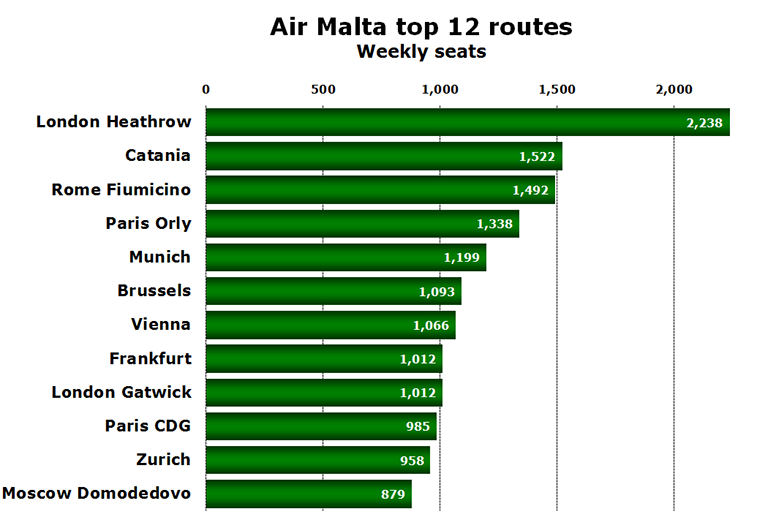 Only five of the airline’s top dozen routes have experienced capacity growth this summer versus last year. While Tripoli has completely disappeared from the standings, Paris CDG, with its 10% annual growth has taken its place in the top 12. The French capital must be a strong market for Air Malta as total capacity to Paris (it also flies to Orly) has grown by 7% year-on-year.

When consulting anna.aero’s New Route Database, there are currently no new routes planned for Air Malta — but what money on Abu Dhabi being next? While neither Air Malta nor Etihad Airways currently flies between Malta and Abu Dhabi, on 18 July, the two airline’s expanded their codeshare agreement. Who knows, perhaps Air Malta will be next on Etihad CEO James Hogan’s shopping list once he has concluded his ongoing business in Italy.