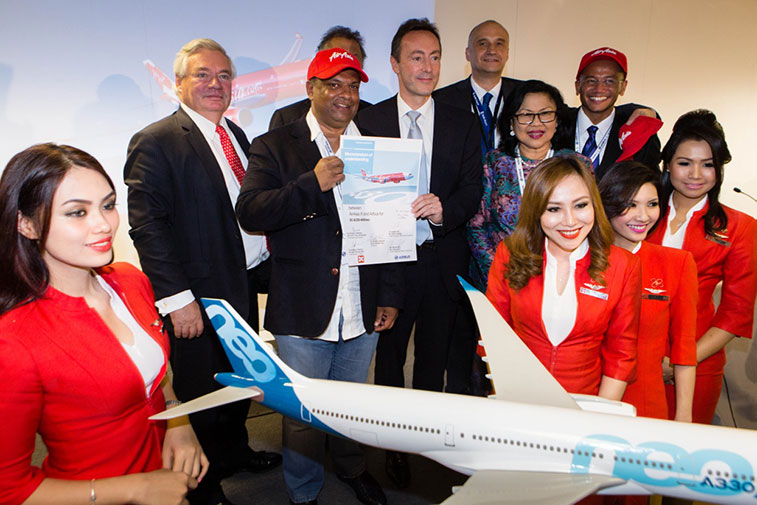 Last week at Farnborough: On 15 July Tony Fernandes, Co-founder and Director of AirAsia X, was at the Farnborough Air Show to announce an MoU to purchase 50 Airbus A330-900neos between 2018 and 2024. With a range of just 750 kilometres more than its older A330s, the order firmly signals there are no plans to re-attempt European routes.

In the months after AirAsia X’s IPO in mid-2013, the airline went through a period of rapid growth. Having operated around 70-90 weekly departures from its Kuala Lumpur base between August 2010 and June 2013, the carrier then expanded its flights by over 50% in the space of just six months. While new routes to Adelaide, Busan, Colombo and Malé accounted for an additional 13 weekly departures, an additional 36 weekly departures were operated on existing routes. Perth and Sydney each went from daily flights to double-daily, while Melbourne went from nine weekly flights to 14. 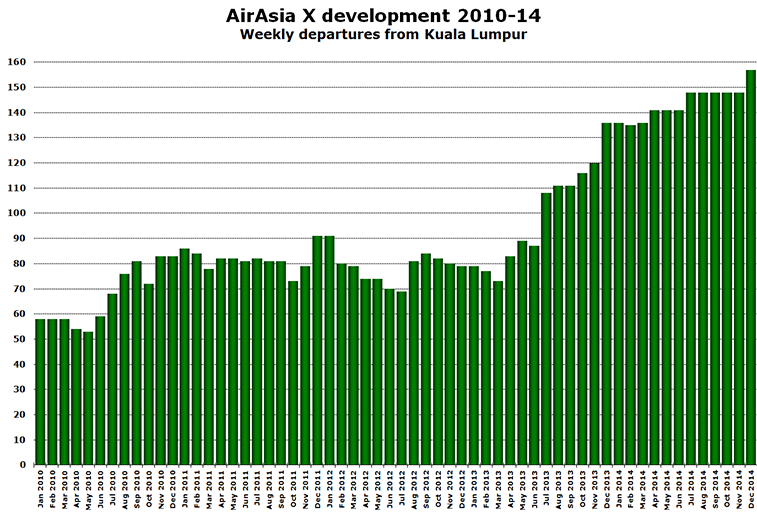 With new routes to Jeddah and Shanghai having started earlier in 2013, last year saw AirAsia X start six new routes, equalling the number started in 2010. Since launching operations in November 2007, the airline has started service to 29 destinations across Asia, Australia, the Middle East and Europe. However, only 19 of these are still operating. The airline’s three routes to Europe (London Gatwick, London Stansted and Paris Orly) were operated by four-engined A340s which the airline considered uneconomic. The two Indian routes (Delhi and Mumbai) were dropped as a result of significant increases in airport charges, while demand for Christchurch services suffered after a major earthquake in the New Zealand city. This year AirAsia X has started two new services; Nagoya in Japan on 17 March and Xi’an in China on 2 July.

Competes with Malaysia Airlines on 12 of 19 routes

Of the 19 routes currently operated from Kuala Lumpur, five are to destinations in Australia, 13 are in Asia, while just one (Jeddah) is in the Middle East. Seven of the routes face no direct competition (Busan, Chengdu, Gold Coast, Hangzhou, Nagoya, Tokyo Haneda and Xi’an). On the other 12 routes, the airline faces competition from Malaysia Airlines, and on seven of these there is additional competition from other carriers such as EVA Air, Korean Air, SriLankan Airlines and Saudi Arabian Airlines.

When measured by ASKs (Available Seat Kilometres) the five Australian routes account for almost 45% of the airline’s weekly capacity, well ahead of China (17%), Japan (13%) and South Korea (10%). The remaining four country markets (Nepal, Saudi Arabia, Sri Lanka and Taiwan) account for 15% of weekly ASKs. Melbourne, Perth, Sydney and Taipei are currently the only destinations served with as many as two daily flights, every day of the week. It is worth noting that Qantas does not serve Kuala Lumpur.

Earlier this month it was announced that AirAsia X had entered into a Memorandum of Understanding with Airbus to purchase fifty A330-900neo aircraft that will be delivered from 2018 to 2024. Whether this will enable the airline to resume flights to Europe remains to be seen, as the newer aircraft will have a better range (around 750 kilometres) and lower fuel consumption than the existing aircraft. Jeddah is currently the airline’s longest sector at just over 7,000 kilometres. Flights to London and Paris clock in at around 10,500 kilometres. So far in 2014 AirAsia X has launched two new destinations (Nagoya in March, and Xi’an in July) bringing its network to 19 destinations from Kuala Lumpur. Since its launch in 2007 the airline has started 29 destinations in total, but has dropped 10, including three in Europe and two in India. This one-third failure rate is high by long-haul airline standards, but pretty conventional for shorter-haul ‘suck it and see’ low cost carriers (well, presumably that’s what AirAsia X will argue).

According to the airline’s latest annual report, almost 3.2 million passengers were transported on AirAsia X flights in 2013, at an average load factor of just over 82%. However, the airline’s post-IPO expansion in late 2013 took its toll on profitability, and the carrier reported a loss in 2013, something it also experienced in 2011. On a positive note, aircraft utilisation of 16.3 hours per day set a new record for the carrier. 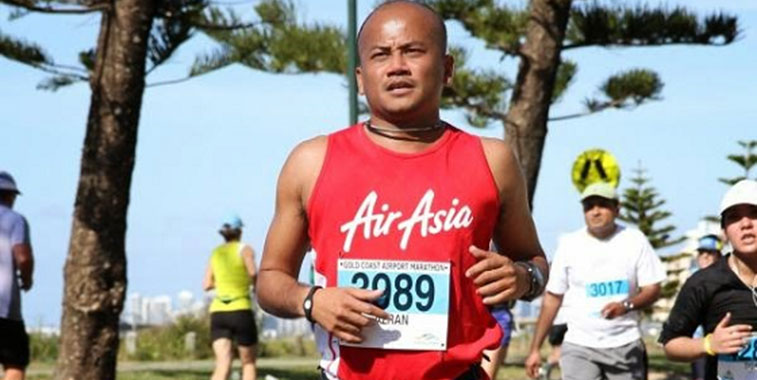 Running scared? Air Asia X CEO, Azran Osman-Rani has competed multiple times in the Gold Coast Marathon: “The Gold Coast route has a very special significance for AirAsia X – Gold Coast were very similar to us – a small airport that had big growth ambitions. So AirAsia have been sending our running team to the Gold Coast Marathon every year since 2009 and we are big supporters of the race.” In some contrast Osman-Rani has gone to extreme lengths to avoid competing for the “Fastest Airline CEO In The World Prize” in September’s Budapest Runway Run which is part-organised by anna.aero – even curtailing any chance that his airline will return to European routes, just so he can avoid being defeated. Is this really in the best shareholder interest Azran?