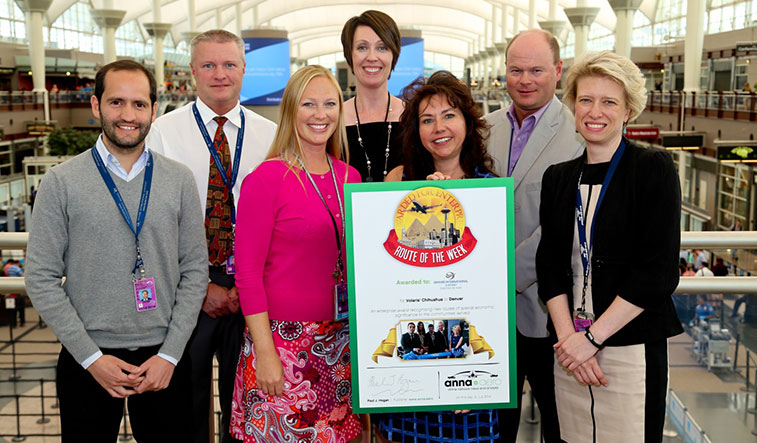 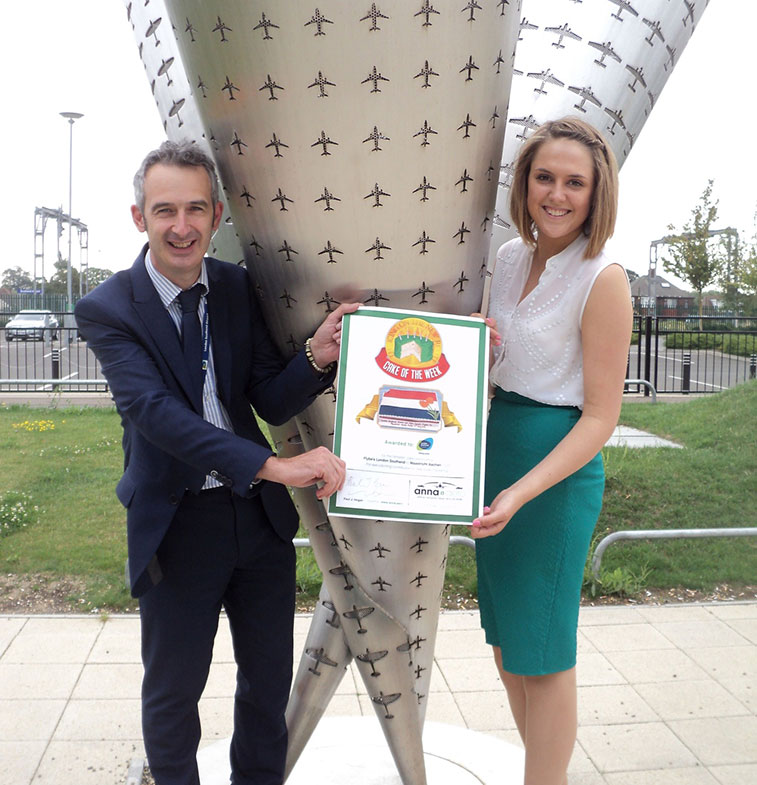 Following its recently extended runway, Birmingham Airport greeted with the traditional water arch salute and a cake on 22 July, the first direct flight from China into a non-London airport. China Southern Airlines’ A330-200 was operated by one of China’s leading tour operators — Caissa Travel Management, carrying a total of 248 tourists. Commenting on the achievement, Paul Kehoe, CEO, Birmingham, said: “This is a historic day for Birmingham, and indeed the Midlands region. Never before has a commercial airliner touched down on a runway outside of the capital from China and we are enormously proud to be the first to make this happen.” On 15 July, Condor along with Frankfurt Airport, celebrated the arrival of German fans returning from FIFA’s World Cup with a special event in the terminal, including a cake. Condor serves all Brazilian cities where Germany played in the group phase of the competition, namely Fortaleza, Salvador and Recife. Marking the celebrations is Ralf Teckentrup, CEO, Condor. On 16 July, Britain’s most successful ever Olympian — Sir Chris Hoy, visited Glasgow Airport to officially open its new international arrival area and declare the airport ready for the 2014 Commonwealth Games. As part of its extensive preparations for the Games, Glasgow has invested around £17 million over the course of the past year, enhancing large parts of the main terminal building. Celebrating the opening are: David Grevemberg, CEO, Glasgow 2014; Amanda McMillan, MD, Glasgow Airport; and Sir Chris Hoy.