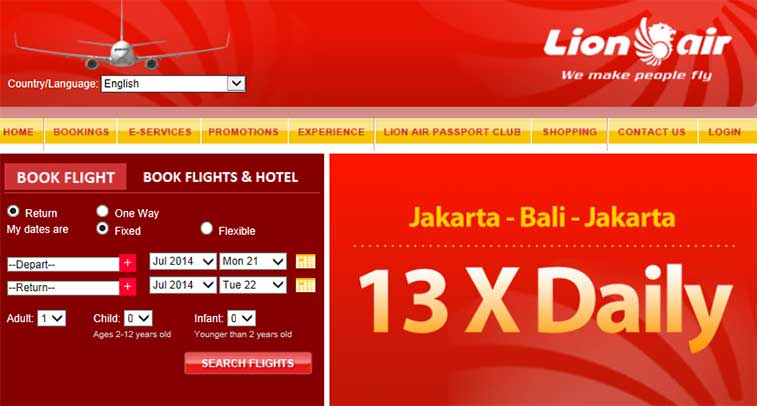 Frequency is king of the LCC jungle. Lion Air operates nearly 90 city pairs, of which close to 40 routes are operated with at least triple daily level of service (at least 21 weekly flights), including Jakarta to Bali (Denpasar). Its biggest route between Surabaya and Jakarta is flown 21 times daily.

Lion Air’s annual capacity growth has been nothing short of phenomenal, with an average annual growth rate (CAGR) of 36% between 2007 and 2014. This rapid expansion should perhaps not be a surprise, as the airline does serve the fourth most populous nation in the world. The airline has 43% of Indonesia’s domestic market (in terms of seats), and is nearly double the size Garuda Indonesia (24%). 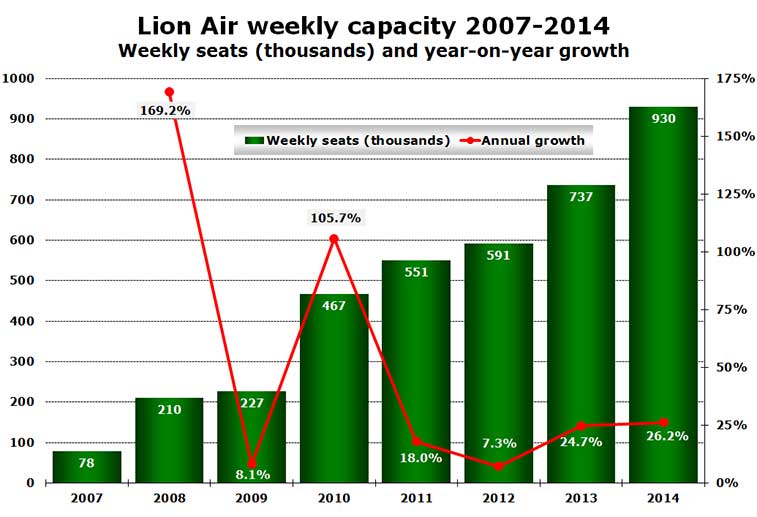 Indeed, 97% of Lion Air’s weekly capacity is concentrated on its home Indonesian market, the same figure as that offered by IndiGo in India, however for AirAsia, its home market of Malaysia commands 77% of its weekly seats. In fact, the proportion of the Lion Air’s domestic flying has marginally increased over the last 12 months, up from 96%.

Top 13 destinations grow by an average of 31%

All of the airline’s top 13 destinations have recorded annual capacity increases, ranging from 59% growth at Batam, to a more ‘leisurely’ growth of just 11% at Yogyakarta. Lion Air’s biggest operation at the Indonesian capital city of Jakarta, grew by around 24% — an increase of 245 weekly flights. The frequency spike at the LCC’s #2 network point is even more marked, with 46% (an extra 164 weekly flights) more flying at Surabaya this July when compared to the same period last year. 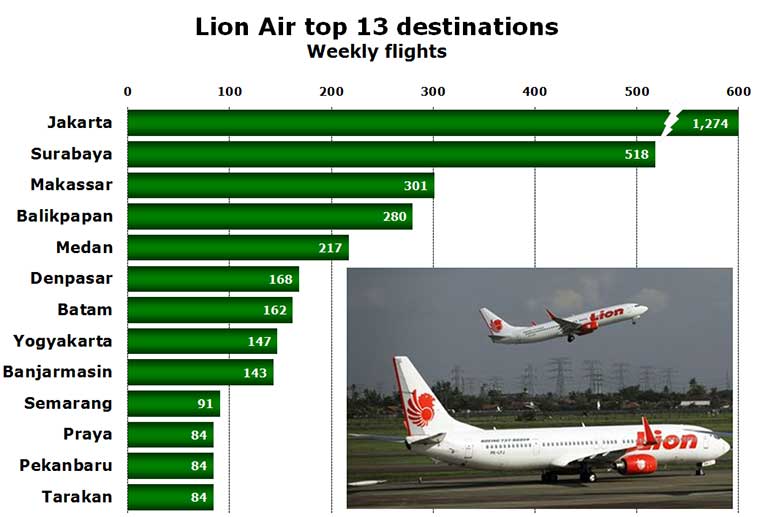 In terms of international destinations, Singapore is the highest ranking in terms of weekly services, coming in at 20th position with 49 weekly flights, with Kuala Lumpur being the second highest ranked international city, at #31 with its thrice-daily operation from Jakarta. In the last 12 months, the airline has welcomed three new destinations to its network, all Indonesian, namely Biak (daily flights to Makassar), Poso (daily flights to Makassar) and Tanjung Pandan (daily flights to Jakarta). Unlike its European LCC counterparts, every route flown by Lion Air is operated with at least seven weekly services.

Lion Air operates nearly 90 city pairs, of which close to 40 routes are operated with at least a triple daily level of service (21 weekly flights). Of all the top dozen city pairs, all of which are domestic, there has only been one significant change in the rankings, with the 815-kilometre sector between Balikpapan and Surabaya leaping from #7 to #5 over the course of the last year. Additionally, there are no new entrants into the top 12. 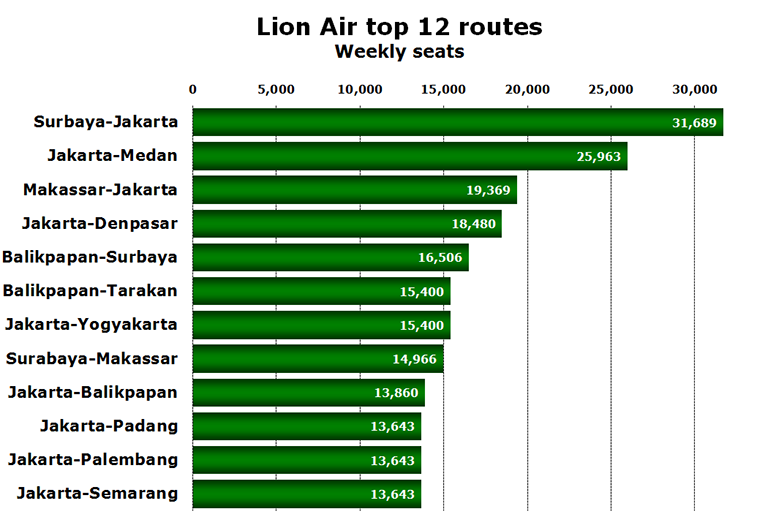 Only one of the routes failed to register any growth, which was the Balikpapan to Tarakan sector, which maintained the same level of flights registered between the two periods being analysed. The 37% year-on-year annual capacity growth on the biggest city pair between Surabaya and Jakarta has seen the route being increased from 15 times daily to 21 times daily. The only route to beat this level of increase is the #2 sector, between Jakarta and Medan, which has grown by 40%, seeing the daily frequencies lifted from 12 to 17. Clearly these trunk routes still have room for growth or Lion Air’s low fares are capable of stimulating fresh demand.