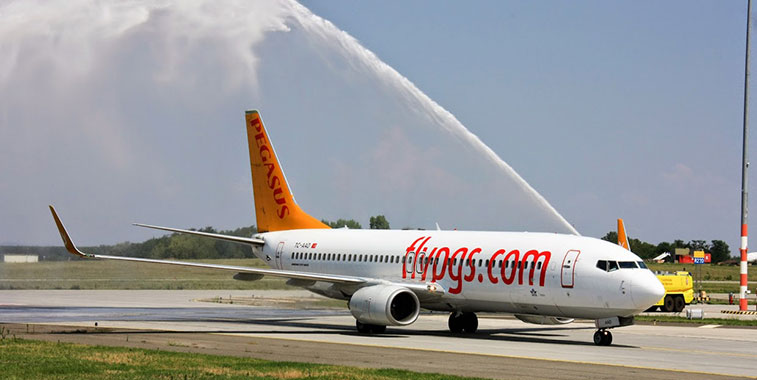 The importance of sending anna.aero lots of different FTWA images is brought home this week’s winners Budapest Airport, as the other two pictures it sent to us were not as good as the one selected by the judges.

Budapest Airport has this week joined an elite club of global airports, as it became only the second airport in the 2014 ‘Arch of Triumph’ competition to win twice, and the fifth in two years of award-giving. The Hungarian capital city airport joins Cambridge Airport in winning twice in 2014, along with Munich and Dubai Al Maktoum airports which have both won once in 2014 and 2013 respectively, and Tampa Airport which secured the prestigious award twice in 2013. Perhaps worthy of note is the fact that Budapest’s first win in 2014, back in April, came as a result of winning the public vote — after securing an impressive 45% of the vote for its FTWA welcoming Norwegian London Gatwick service. Keep Monitoring. 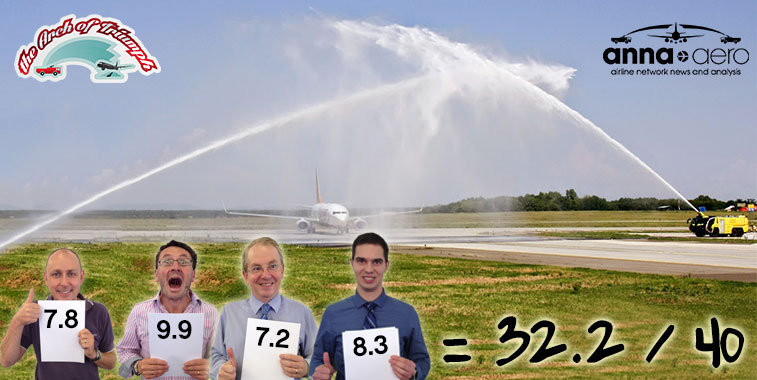 This FTWA welcomes Pegasus’ service to its 21st European capital in Budapest.

Judge’s comments: Pegasus Airlines has seen its fair share of FTWAs over the last couple of years as it continues to rapidly expand its fast-growing Istanbul Sabiha Gökçen hub — this time around adding services to its 21st European capital – Budapest. While it requested this slightly offset ‘Roman Cross’ arch from the Hungarian firefighters, known as a ‘Turkish Delight’ in Istanbul, we’re purists here at anna.aero and we like our FTWAs balanced. 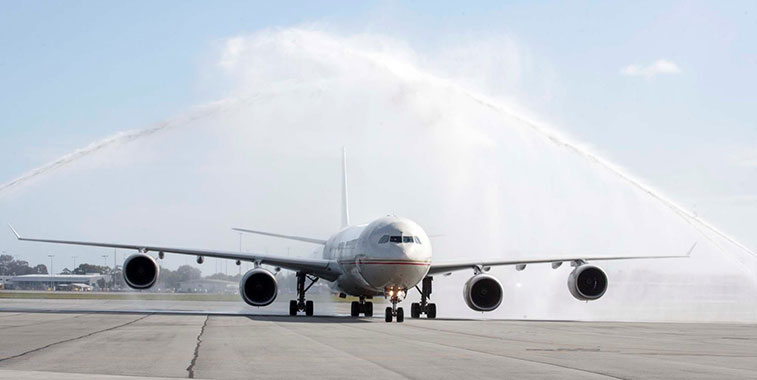 This FTWA is reminiscent of the dramatic Bungle Bungles, also found in Western Australia.

Judge’s comments: Along with the Aboriginal dance which welcomed the crew and passengers from Abu Dhabi, the local firefighters at Perth Airport also recreated an FTWA which was evocative of the sandstone towers known as the Bungle Bungles in the Purnululu National Park. Well done cobbers. 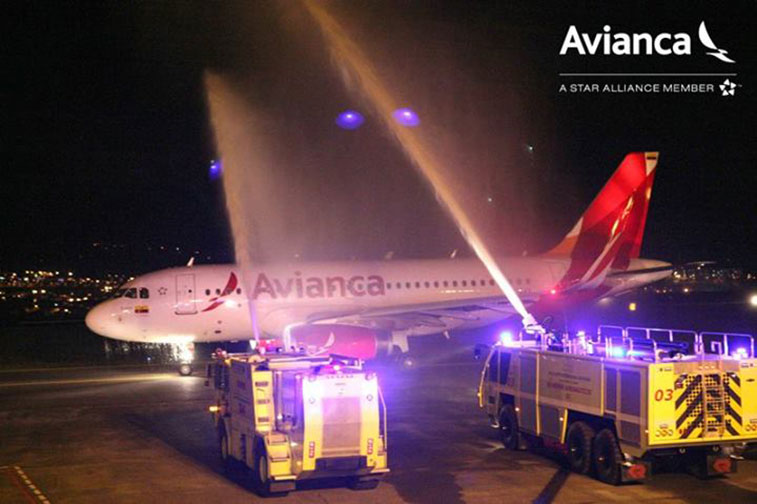 Judge’s comments: We’re not sure whether there are another two tenders on the other side of the aircraft, or that both were meant to be on the same side here at Pereira Airport. Whatever the answer is, it’s an FTWA disaster similar to that one earlier in the year when those firefighters at that Colombian airport blasted a door in on a Jetstream. Where was that again…? Oh Pereira… 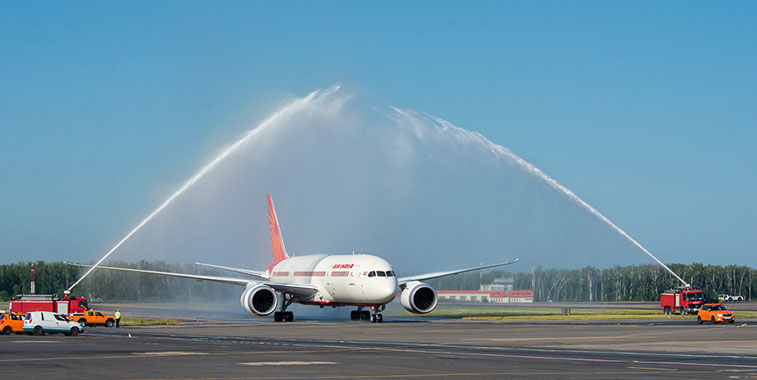 Judge’s comments: Unlike the building which it is meant to emulate, which took 21 years to construct, this FTWA involved just 21 seconds of planning. The result, which was meant to match the magnificent white marble dome of one of the world’s most recognisable buildings, is good but could have been better.