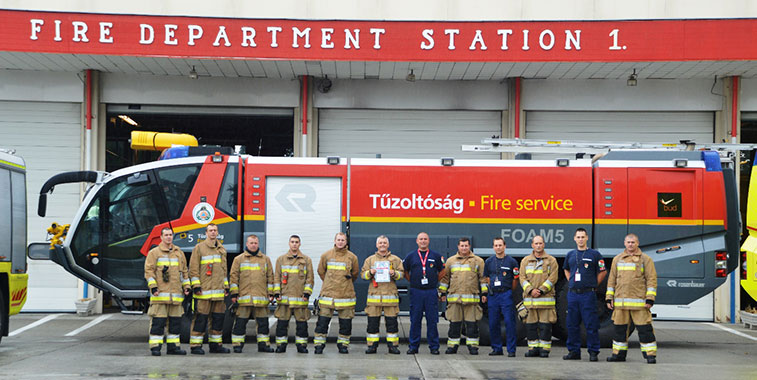 This week’s winner, the FTWA for Turkish Airlines’ launch of domestic services between its main hub in Istanbul Atatürk and Gazipaşa, did so with a score of 35.3. While in the 2013 competition, this would have secured Gazipaşa an excellent third place overall, in the more aggressive 2014 competition, that score only gains them seventh spot.

The win in Gazipaşa represents the second time that Turkish Airlines has won the ‘Arch of Triumph’ in 2014, joining Flybe and Qatar Airways as the only airlines in the 2014 competition to have scooped the weekly award more than once. It also moves alongside JetBlue Airways (both wins in 2013), flydubai and Peach Aviation (one in each year) which have also notched two victories each during the course of the two-year competition. Keep Monitoring! 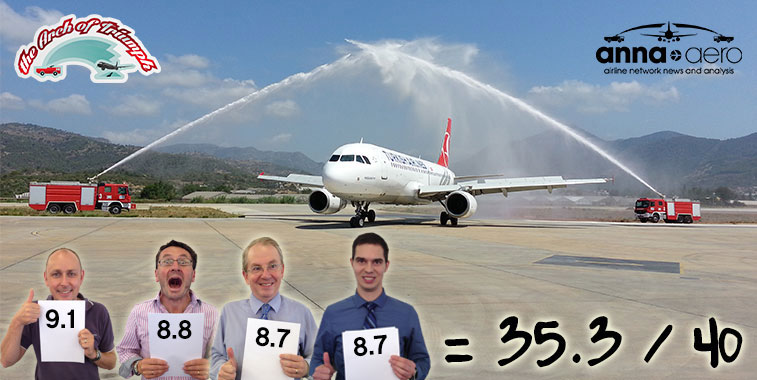 Judge’s comments: Airport marketeers will rarely get out of bed unless the day offers a late start, a long lunch and free drinks in the evening. So unsurprisingly, the start of most new domestic services barely even gets a flutter of their heavy eyelids. Not in Gazipaşa, especially when it’s a double-daily connection to the capital with the national airline. 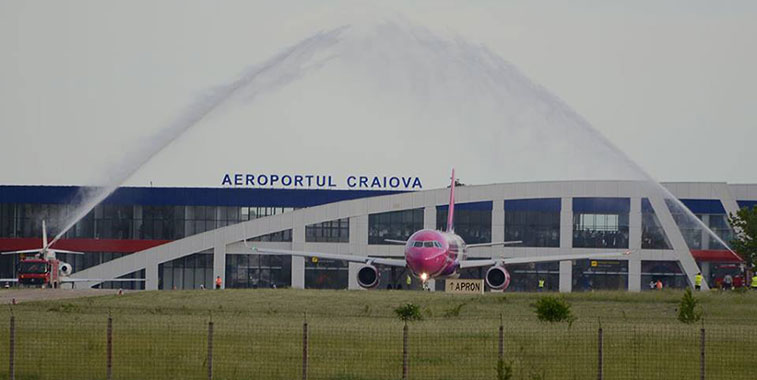 With the terminal used for inspiration, Wizz Air’s newest base gets christened.

Judge’s comments: We love it when two airports at either end of a new route send us there respective FTWAs, makes it feel more like a direct head-to-head competition. While this arch has a bit too much height on it for the purists, it is certainly better than the effort at the arrival end later that day… 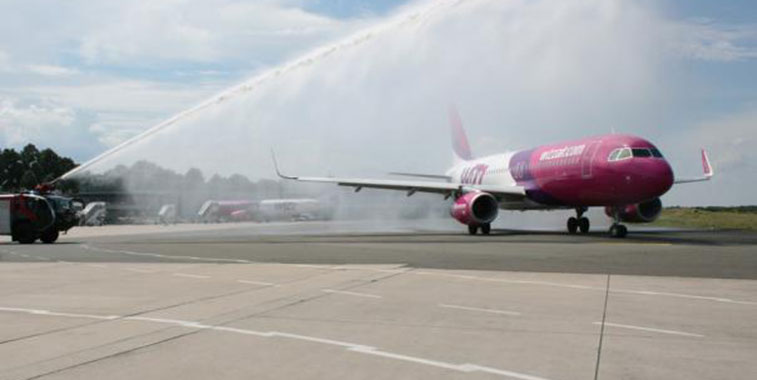 Judge’s comments: …over in Germany. Normally the purveyors of the highest quality FTWAs, perhaps our German colleagues in Dortmund were still suffering from a World Cup winning hangover. I mean, half of the firefighters didn’t even show-up for the picture. 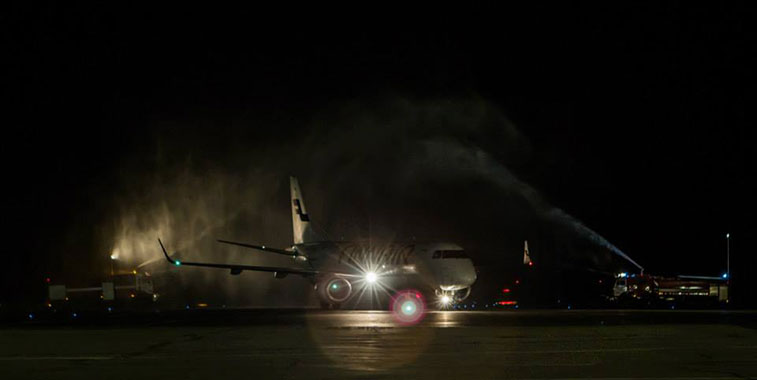 Judge’s comments: With the right lighting, night time FTWAs can have an unmatched drama. With bad lighting we struggle to see any of the components that make up a good FTWA, which is what happened here. 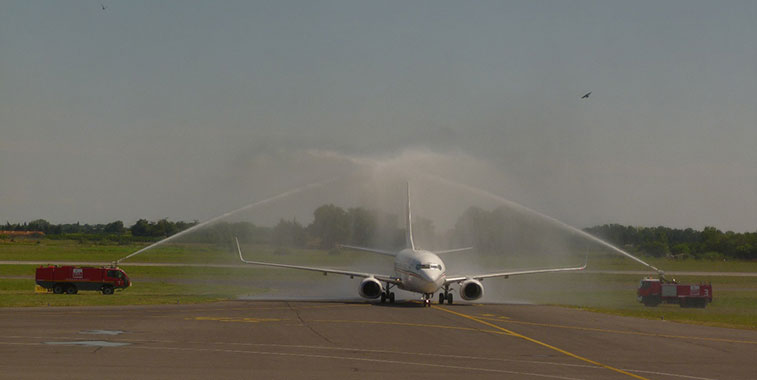 There are just millimetres to spare between the top of this arch and the aircraft’s tailfin – beautiful.

Judge’s comments: There is not a centimetre of wasted height being offered in this FTWA, however there is slightly more ‘Roman Cross’ on this arch when compared to the Gazipaşa one, as well as more of a water curtain. But we are nit-picking on what is an otherwise great FTWA from the South of France.