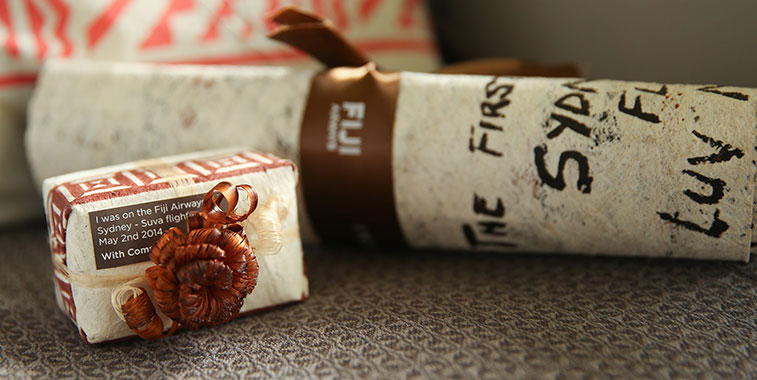 Launched on 2 May, passengers on the first Fiji Airways flight from Sydney to Suva, the capital of Fiji, were given a commemorative scroll and other souvenirs marking the launch of twice-weekly flights. The island nation, made up over 300 islands and 500 islets, is continuing to expand its network horizons, due mainly to flag carrier Fiji Airways.

Airports Fiji Limited (AFL) is responsible for the operation of 15 public airports in the Fiji Islands. These include two international airports; Nadi international Airport – Fiji’s main international gateway and Suva Nausori Airport – Fiji’s domestic hub, and the remaining 13 outer island airports. Its closest neighbours are Vanuatu to the west, New Caledonia to the southwest, Tonga to the east, the Samoas and France’s Wallis and Futuna to the northeast, and Tuvalu to the north – all of which are served with routes from Fiji.

Total weekly seats across all country markets from Fiji have grown by 4.4% over the past year. While the top two country markets of Australia (+3.5%) and the domestic market of Fiji (+3.2%) have both posted growth, they were both outstripped by the fastest growing country market in the last 12 months which was Hong Kong (+49%). In total, eight of the top 12 country markets delivered annual growth, with two remaining flat (South Korea and New Caledonia) and two declining — New Zealand (-1.4%) and United States (-0.5%). 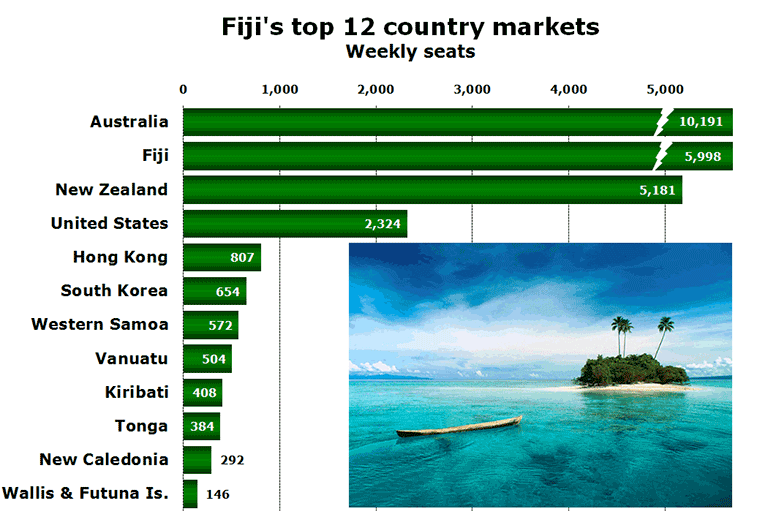 Notable exceptions to the above top 12 would appear to be the China and Japan country markets, unless this traffic currently routes via other intermediate points like Hong Kong or Australia. New nations which have joined the country market list for Fiji, although outside the top 12, are Nauru and Solomon Islands, with the Marshall Islands dropping out of service. As a result, 15 nations are now served from the Pacific island, versus the 14 witnessed 12 months ago.

Unsurprisingly Fiji Airways, analysed by anna.aero last year, is the dominant carrier in its home market, offering 85.1% of all flights across the 15 airports of the islands — although according to Innovata schedules, it only serves 10 of them. Its 9% increase in the number of flights it operates, up from 251 weekly services 12 months prior, has actually seen it improve its share of the local market from 83.7%. Some of this growth has come as a result of its expansion of its operation from Suva, which have included the resumption of twice-weekly 737-700 flights to Sydney after a seven-year gap, and the weekly ATR 72 operation to Apia in Western Samoa, after a 15-year hiatus. 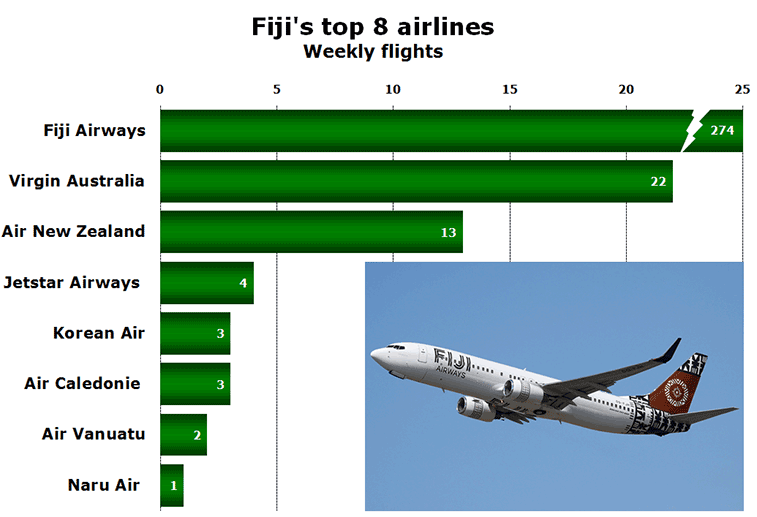 Total flights across all carriers have grown by 7% since last August. Of the remaining serving carriers, they have all maintained the same number of flights year-on year, with one exception, Air New Zealand. However, although the Star Alliance carrier has trimmed back one weekly frequency when compared to last year, its weekly seats have actually increased by 3%, due in part to the introduction of its 332-seat 777-300 on some of its rotations to Fiji in August 2014. At the time of writing, there are no new services planned for any Fijian airport for any of S14, W14/15 or S15 seasons, according to anna.aero’s New Route Database.