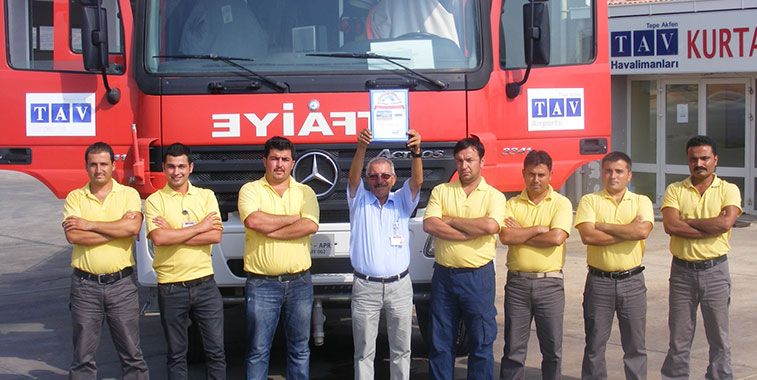 Serious about their work. The firefighters at TAV-operated Gazipaşa Airport took global dominance in their stride last week, with most of them giving us a pose that suggests “Of course, we won…who else could possibly challenge us!”

With no European entries in this week’s ‘Arch of Triumph’ competition, it was left to two global airport heavyweights – Atlanta and Tokyo Narita – to slug it out for this week’s award. Emerging victorious was the Japanese airport. However, its winning score of 22.8 did not see it make an impression on the overall leader board (see below), which is still dominated by European airports, with the continent currently holding eight of the top ten positions. In fact, Tokyo Narita’s win, sees it only secure 24th spot out of 26 winning airports so far in 2014. It can perhaps console itself with the fact that it is the first of any Japanese airport in the two years of the ‘Arch of Triumph’ competition to win the weekly title. Keep Monitoring!! 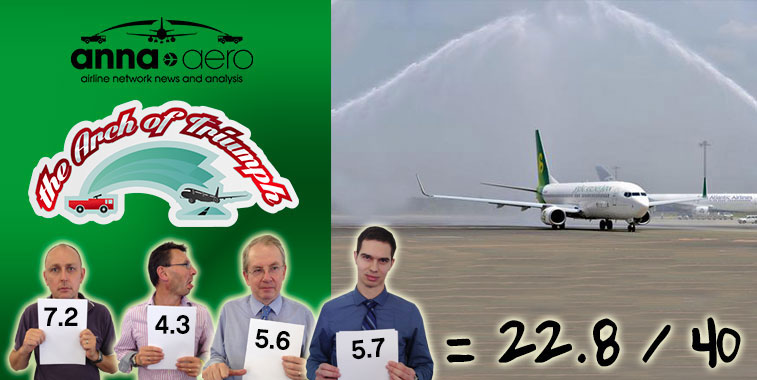 If only we could have seen the tenders delivering this fine FTWA at Tokyo Narita.

If clothes make the man, then the sight of fire tenders certainly make the FTWA. anna.aero’s judges like nothing more than the sight of a pair of Rosenbauers hard at work delivering a piece of airport marketing magic. So this is a message to you, airport marketeers – don’t crop the tenders out of pictures! We love ‘em. 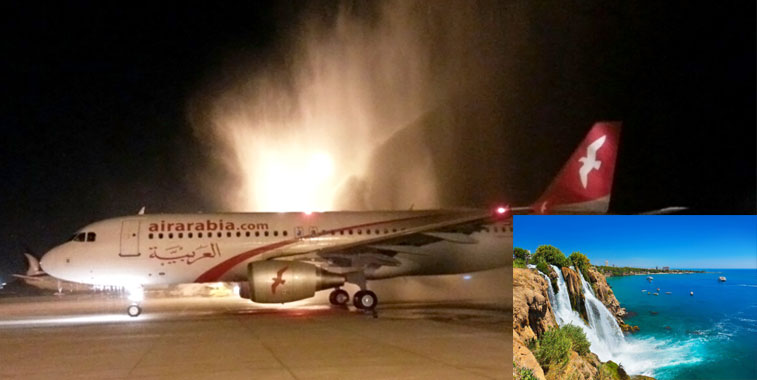 Judge’s comments: This arch is called a “Düden Falls” and is inspired by the Düden Waterfalls, a group of waterfalls formed by the Düden River 12 kilometres north-east of Antalya. They end where the waters of the Lower Düden Falls drop off a rocky cliff directly into the sea. 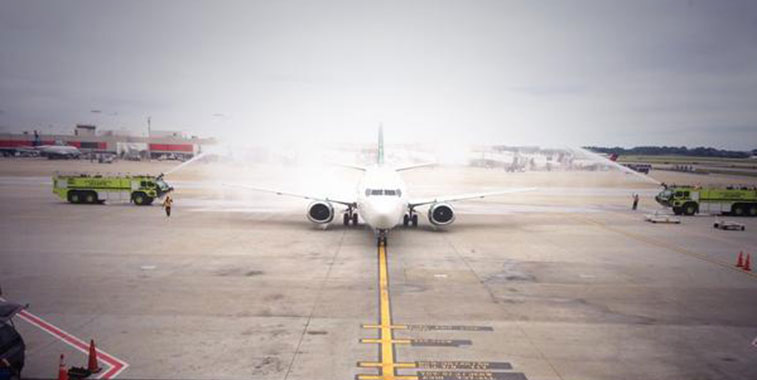 White out. Is that water or snow that is coming from those two tenders?

Judge’s comments: When you are the world’s busiest airport, you don’t just have water tenders, you have snow tenders with the ability to create snow storms on demand. You can tell this because the ground handling agent in the foreground is grasping his new mini skis, which he intends to try out after the arrival of the PEOPLExpress aircraft from Newport News. Unfortunately, the temporary white out has caused some momentary FTWA blindness amongst the anna.aero judges, which has affected the scores given.