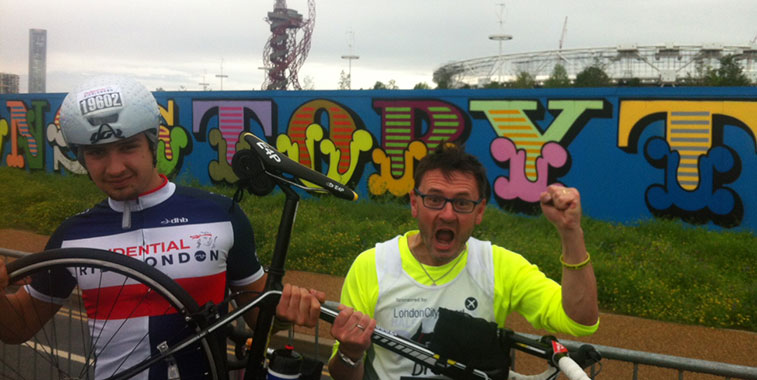 anna.aero would like to thank London City Airport (LCY) for sponsoring our entry in the London Surrey 100 bike road race in support of the closely-held bone marrow transplant charity, Anthony Nolan. The 100 mile (150 km) race started at Queen Elizabeth Olympic Park – the now-renamed London 2012 Olympic venue which is within sight of LCY – before covering its entire distance over specially closed roads in Central London and Surrey’s most beautiful hills. Sadly, anna.aero’s finest saw very little of this due remnants of what was Hurricane Bertha, which caused the race to be shortened to 86 miles. “The rain was extraordinarily un-English, producing periods of barely 20% visability,” complains anna.aero’s diminutive publisher, Paul Hogan, who was worn down even more than usual by the elements.

“We’re always extremely grateful to LCY for continuing to support all our sporting activities in their immediate catchment area; this was not only a victory for our charity but, with a finish time of 5 hours 10 minutes, the race was a personal victory for me as I beat a very competitive dad from my son’s school who spent about $12,000 on a new bike in a vain hope of seeing me defeated. Whoever said that sport is not about the winning simply hasn’t enjoyed the inestimable joy of crushing an opponent,” concluded our characteristically magnanimous publisher. 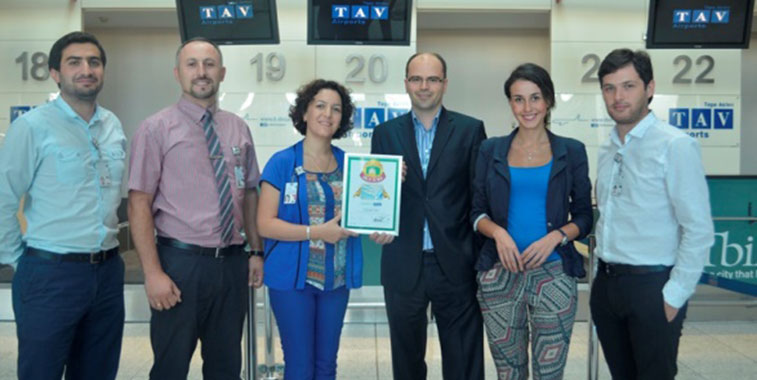 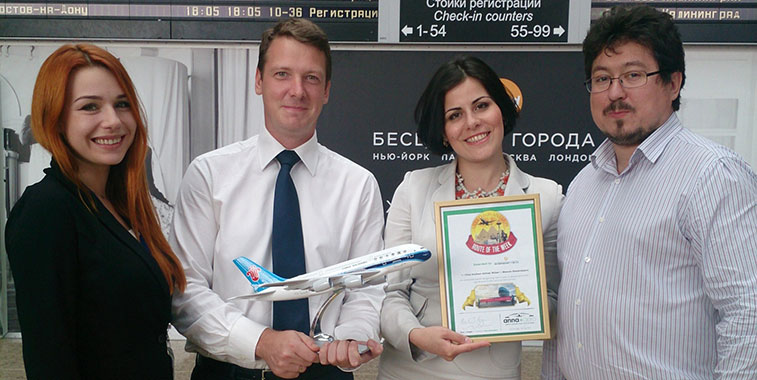 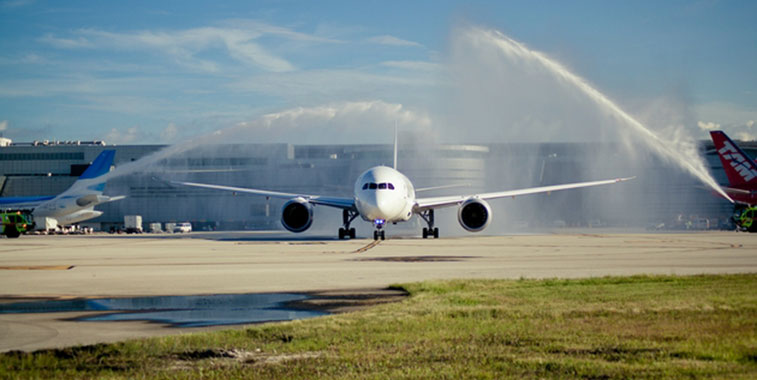 On 9 August, Miami Airport welcomed with the traditional water arch salute, the inaugural flight of LAN Airlines’ 787-8 operations from Santiago in Chile. LAN was the first airline in the Americas to receive this aircraft type and is now the first carrier to offer 787-8 flights to Miami. Commenting on the achievement, Pablo Chiozza, SVP USA, Canada and the Caribbean, LATAM Airlines Group, said: “The Dreamliner was designed to bring back the magical feeling of awe that many of us felt as kids when we were first introduced to flying onboard an aircraft.” 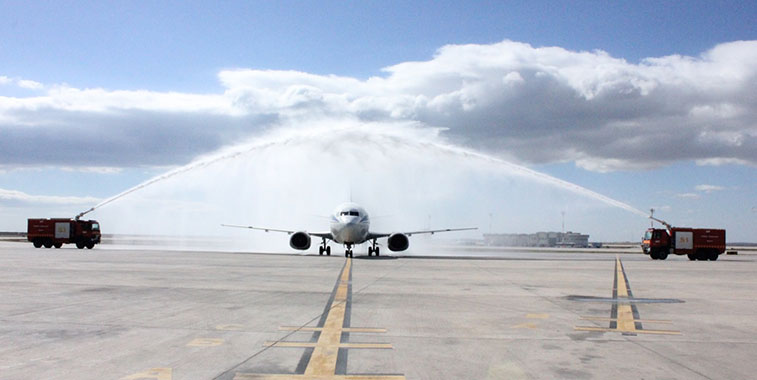 On 30 May, Enfidha Airport, which is operated by TAV Airports, welcomed with another water arch salute, the inaugural flight of Belavia’s first charter service from Minsk.