Chinese airlines have seen their passenger numbers increase by 11.5% to 155.4 million in the first five months of 2014. Figures from the Civil Aviation Administration of China (CAAC) reveal that international traffic (+16.5%) is now growing faster than domestic traffic (+11.1%). With Chinese New Year reverting back to January in 2014, year-on-year growth was around 20% for both international and domestic traffic that month, whereas in January 2013 there was virtually no growth. Despite some concerns about the rate of growth of the Chinese economy, there are no signs at present that this is impacting on the rate of growth for air travel. 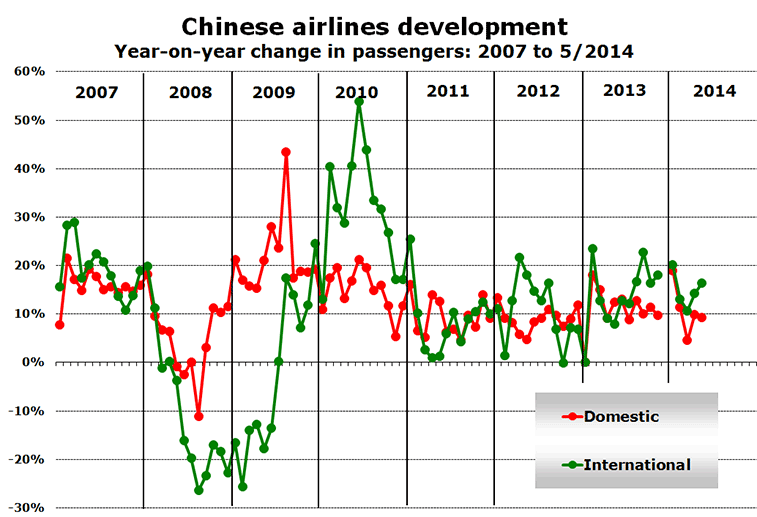 Analysis of Innovata / Diio Mi schedule data for August 2014 currently indicates that total seat capacity for all airlines at Chinese airports is up 9.6% compared with the same month last year. Broken down at the airline level growth rates among the country’s top 15 airlines varies between just 3.3% (Spring Airlines) and 20.2% (Lucky Air), with Shenzhen Airlines the only other carrier growing at more than 15%. 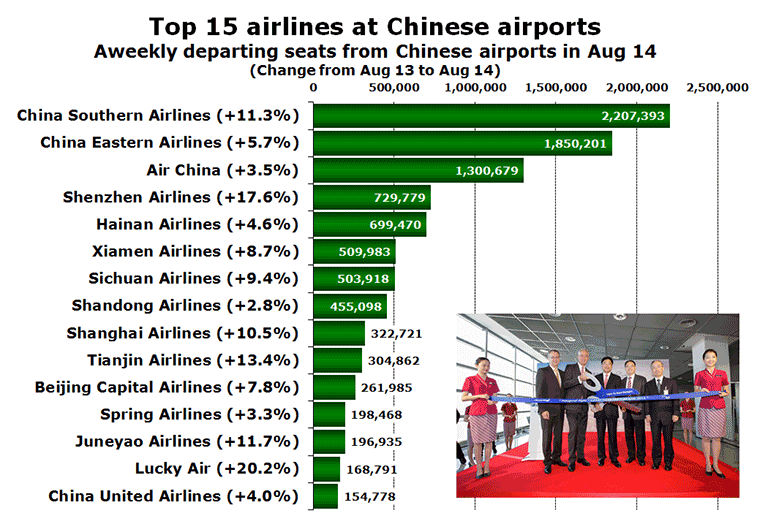 New international routes scheduled to start between now and early 2015 by Chinese airlines include:

New international routes starting between now and early 2015 by non-Chinese airlines include: