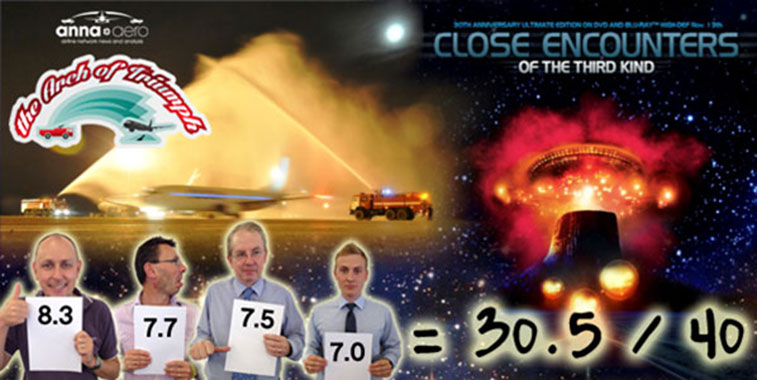 Out of this world: Vologograd’s ‘Close Encounters’- themed arch represented Russia’s only win to date in the ‘Arch of Triumph’. It has now been joined by Samara Airport for its FTWA for its new Finnair service.

Looking at the top 10 leader board for the 2014 ‘Arch of Triumph’ (below), apart from needing an average score of 8.4 from anna.aero’s four expert judges to even get inside the top 10, the standards of this new airport marketing art form are still rising. Of all of the 2013 winners, the average winning score was 28.5 — this has now risen to 30.3 in 2014. In terms of the top 10 from each year, this year’s average is now an impressive 35.9, 4.7 points up on the 31.2 recorded in 2013. While Samara’s win this week — Russia’s first of 2014, and second overall (Volgograd won in September 2013) — has ‘only’ secured it #9 spot in the 2014 competition, if it has entered the competition last year it would be sitting pretty in third place. Keep monitoring!! 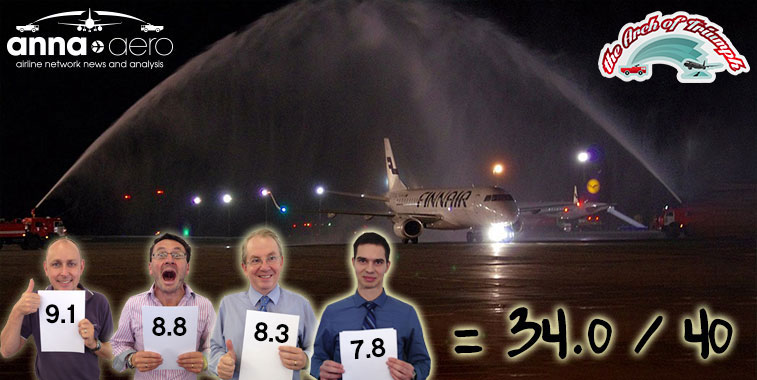 Judge’s comments: This FTWA is so close to nearing perfection, but many of the judges cited excessive arch height as the only small negative in this night time shot. Airport Fire Chiefs take note – do your research on aircraft tail fin heights (FYI — an E190 tail fin is 10.57m) before the route launch and keep your arches nice and close to the top of the aircraft…and this will get you closer to perfection. 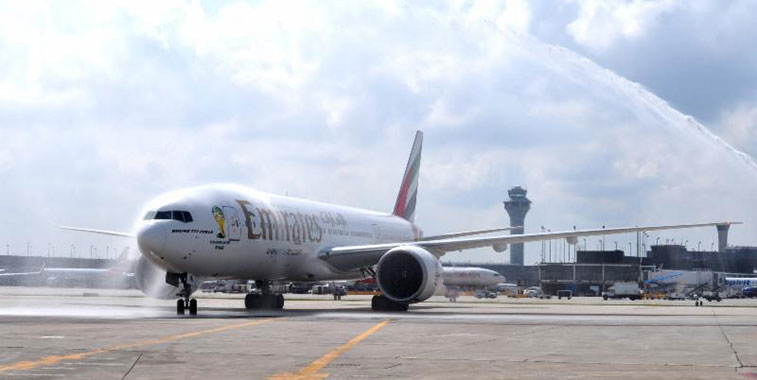 Judge’s comments: Emirates is one airline that most airports would fall over themselves to attract. For Chicago O’Hare, the arrival of the Dubai-based mega-carrier represented the arrival of the last of the three MEB3 airlines (which includes Qatar Airways and Etihad Airways) to operate services into the Illinois airport. Securing this airline is an undoubted ‘feather in their cap’, it’s a shame the FTWA is more like something found on the bottom of their shoes. 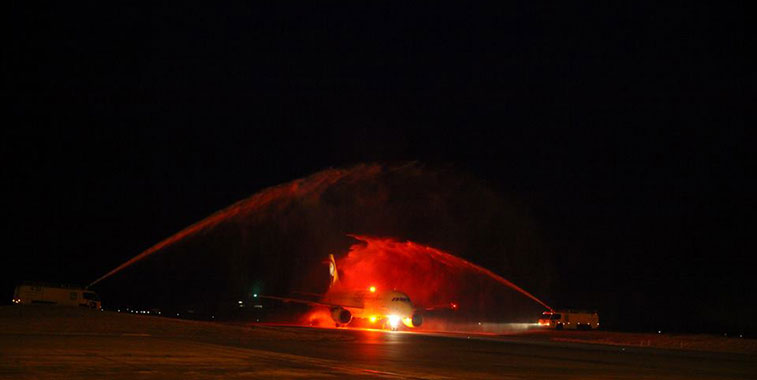 A local FTWA style was used for the fastjet launch in Zimbabwe’s capital city.

Judge’s comments: This FTWA style is known locally as ‘Tokaleya Tonga – the Smoke that Thunders’ and is of course reminiscent of the world famous Victoria Falls found on the Zambezi River which forms the border between Zambia and Zimbabwe. Outside of Harare, this FTWA is more commonly known as ‘Gangnam Style – the Psy that Sings irritating songs’. 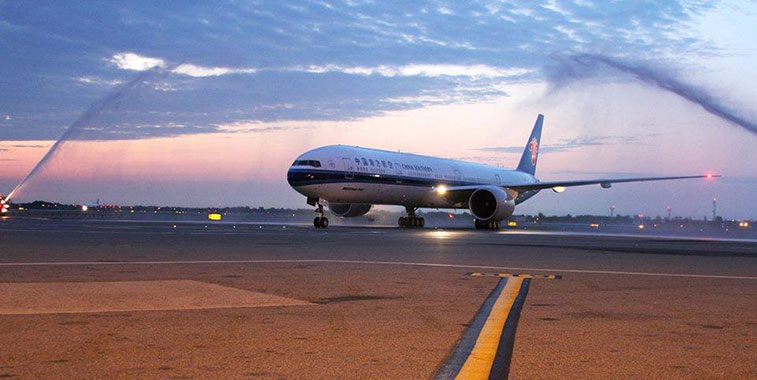 If you’re gonna park the tenders that far away from the centreline…turn-up the power on the water jets!

Judge’s comments: Aircraft are designed to withstand lightning, -50 degrees temperatures and hurricane strength winds. Believe me – they can handle a bit of water from a fire truck. So don’t be shy, get up close and make an arch to be proud of rather than this ‘Dukes of Hazard’ style FTWA delivered at New York JFK. 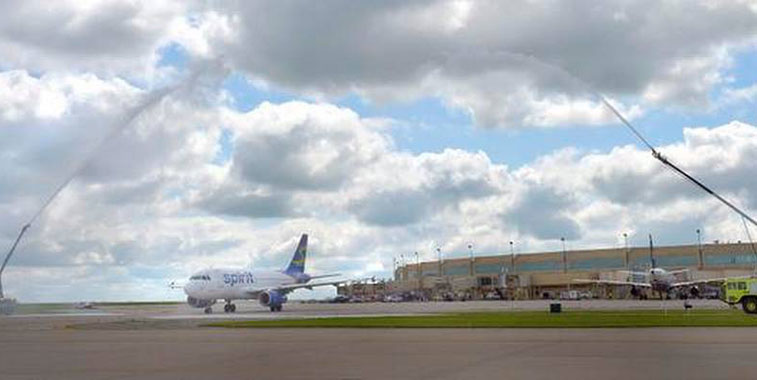 All that water jet reach with these extendable booms and yet there is still a 10 metre gap in this arch.

Judge’s comments: When a city has a nickname of ‘City of Fountains’ you would expect that the Airport’s Fire Chief and Marketing Department at Kansas City would know a thing or two about producing a fine water display for a route launch, especially when Spirit Airlines is launching five of them in one week. They certainly have the hi-tech kit for producing a great FTWA, but seem to have neglected to use it properly. Maybe change the city’s nickname to ‘City of Average FTWAs’.