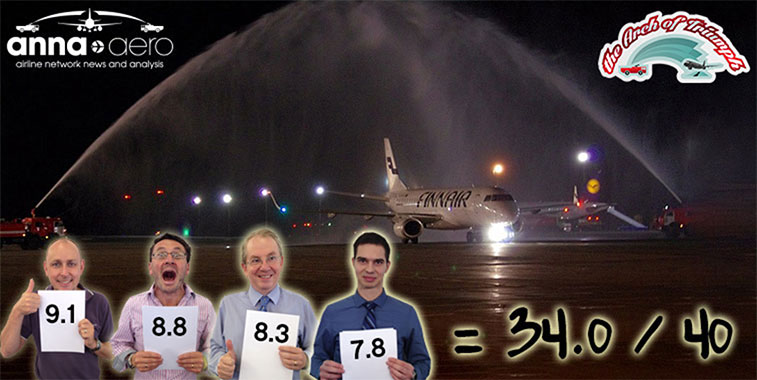 Samara Airport’s close to perfection water arch for last week’s inaugural of Finnair from Helsinki represented Russia’s first victory in the “Arch of Triumph” competition this year. Joining the list of Russian winners is Kazan Airport, for this exceptional FTWA welcoming Finnair (again) from the Finnish capital.

A relatively quiet week for airport fire and rescue services everywhere, with only two entries in anna.aero’s Arch of Triumph competition. Following last week’s win for Samara Airport, Kazan Airport has become the second Russian gateway to achieve this monumental feat of airport marketing prowess. Nevertheless, due to a total score of 34.9, Kazan has entered the 2014 ranking at position #8, between Gazipaşa (35.3) and Lisbon (34.5). However, if it had entered last year’s competition, the gateway to the capital of the Republic of Tatarstan would have secured third place.

Remember: The airport that achieves the highest score in 2014 will also be crowned this year’s anna.aero “Arch of Triumph Champion.” A special guide of how to play appears at the bottom of this article. 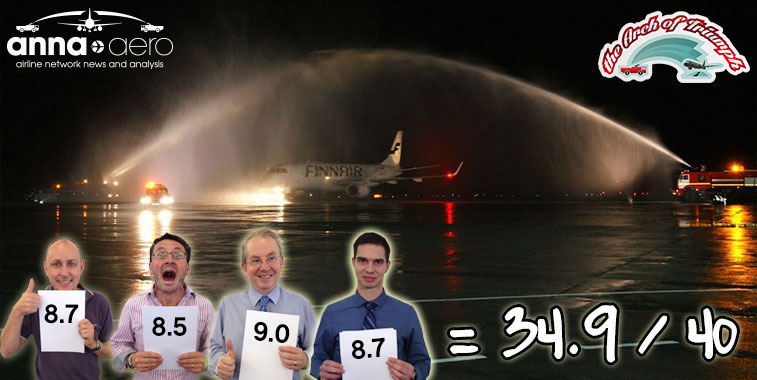 Judge’s comments:  Following the addition of Samara during the course of last week, Finnair continues its venture into the Russia market with another route, this time to the capital of the Republic of Tatarstan — Kazan. Practicing for the welcoming ceremony of the 2015 World Aquatics Championships (which will be hosted in Kazan between 24 July and 9 August 2015), the airport’s firefighters welcomed the oneworld member with a perfectly formed, curvy “Leaping Dolphins” FTWA. 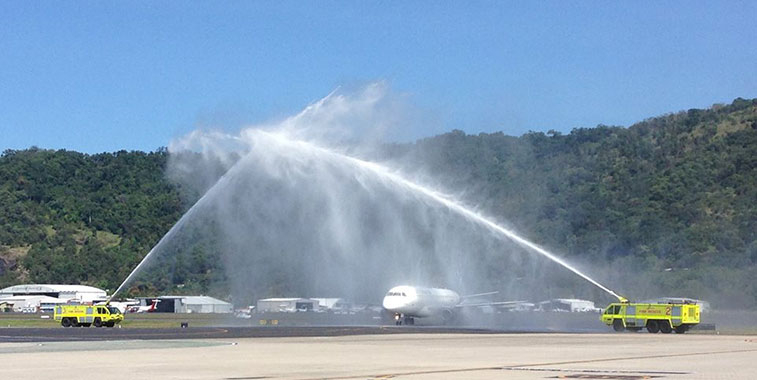 A lovely effort from Cairns Airport, but still an imbalanced FTWA covered in a curtain of spray.

Judge’s comments: Another regional speciality! This FTWA style is known locally as “Wetty Yasi” due to Cairns being prone to tropical cyclones between November and May. Nonetheless, outside of Queensland, this FTWA is more commonly known as a “Roman Cross” — a trademark FTWA performed in the airport serving the seat of Roman Catholicism. 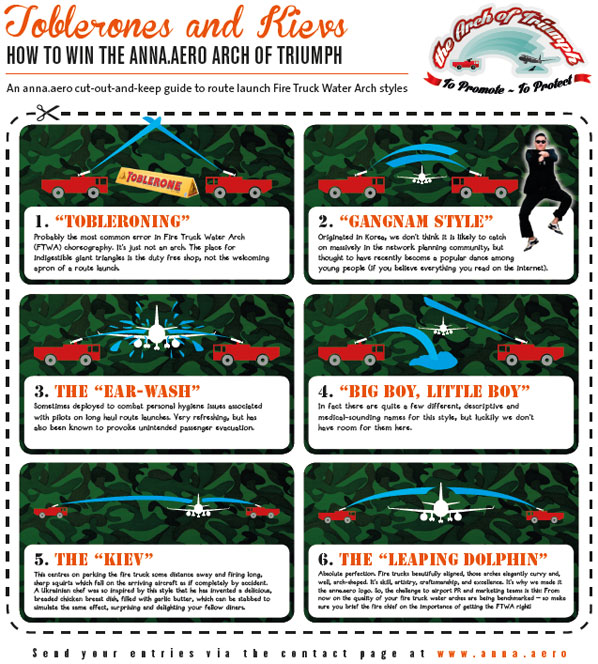