Ryanair and Jet2.com pressure pushes Monarch Airlines to close East Midlands base; no routes lost at EMA next summer 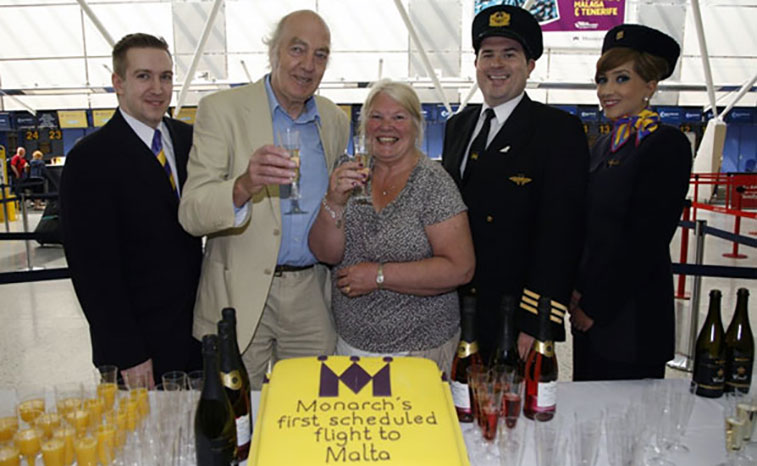 No more Malta with Monarch. Monarch Airlines has announced that it will close its East Midlands base by the end of April 2015. This summer it serves eight destinations from the airport including Malta, which it launched in May 2013 and does not serve from any of its other UK bases. Passengers who want to stick with Monarch will now have to travel from Birmingham Airport, around 60 kilometres south-west of East Midlands Airport.

Monarch Airlines has announced plans to close its base at East Midlands Airport by the end of April 2015. Monarch began scheduled operations from East Midlands in August 2012 after it was announced that bmibaby would cease operations from the airport in September 2012. Since then it has operated a total of just eight routes from the airport to destinations in Malta, Portugal and Spain. The following table summarises the airline’s weekly frequencies in winter (February) and summer (August) since operations began.

On seven of the eight routes, Monarch is facing direct competition from both Jet2.com and Ryanair, with Thomson Airways providing an additional choice on six of the eight routes. Only on the Malta route does Monarch not face any competition. However, starting next May Jet2.com will offer passengers a seasonal service between East Midlands and Malta.