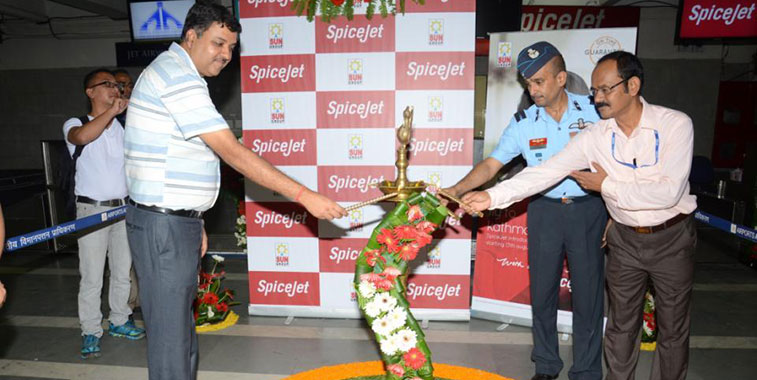 SpiceJet’s newest route launch was on 13 August from Bagdogra to Kathmandu in Nepal. Since April the airline has been reducing capacity on international routes so this new 315-kilometre service is something to get excited about. Last year just over one million of SpiceJet’s 12.7 million passengers travelled on international services offered by the carrier.

SpiceJet, India’s second biggest LCC, carried 11.7 million passengers last year on domestic routes at an average load factor of 73.7%. This gave the carrier around 20% of the domestic market, some way behind IndiGo with its 30% share. In addition SpiceJet also transported just over one million passengers on international services for the first time, and this week saw the introduction of a new international link between Bagdogra and Kathmandu. Since launching in May 2005, the airline has grown rapidly, though consistent profitability has remained elusive. In an attempt to reduce the airline’s significant recent quarterly losses domestic capacity has been cut, and in the first six months of this year passenger numbers are down 3.5% compared with a year ago, though June’s passenger numbers were a record for that month. 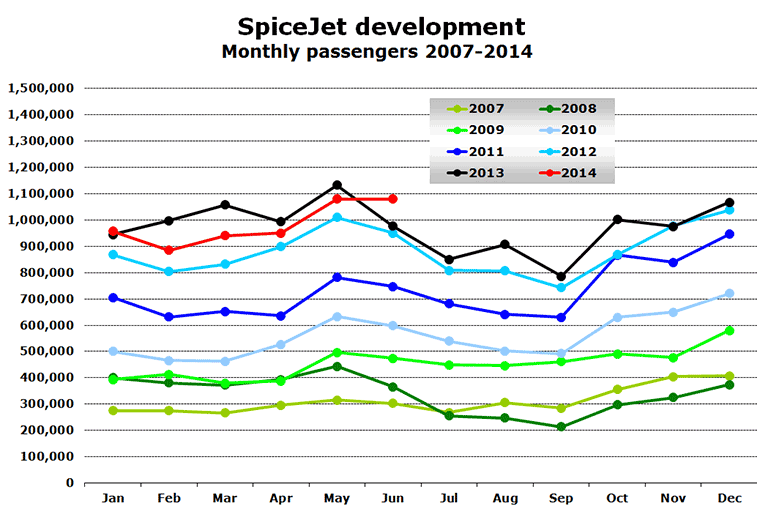 Capacity up, routes down as average weekly frequency rows significantly

Analysis of SpiceJet’s schedule data for September 2014 shows that flights are up an estimated 9.3% while weekly seat capacity has been increased by 11%. The number of routes flown has actually been reduced from 114 to 100 resulting in the average weekly frequency of a route rising from 9.5 flights per week to 11.8. This increase in weekly frequency on routes is presumably designed to encourage more higher-yielding business passengers to fly with the airline. 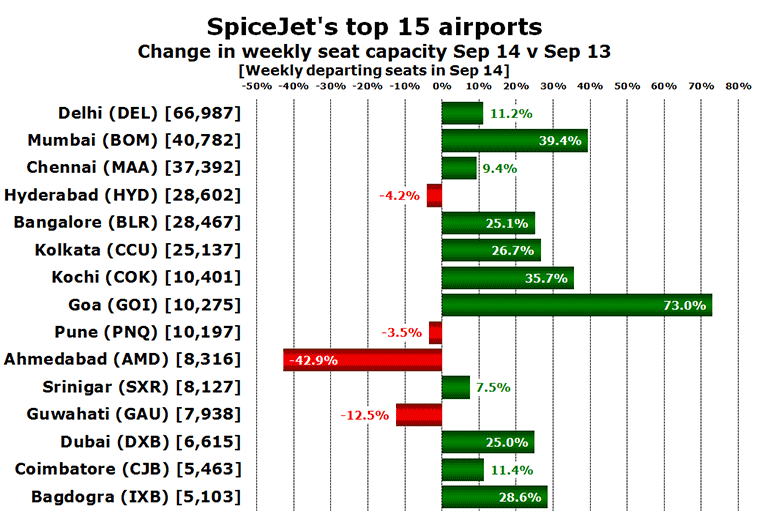 The number of airports served has fallen in the last 12 months from 54 to 47, of which seven are outside of India (Colombo, Dubai, Kabul, Kathmandu, Male, Muscat and Sharjah). The seven destinations no longer served include five domestic airports (Allahabad, Bhopal, Hubli, Pondicherry and Tiruchirapally) and two overseas (Guangzhou and Riyadh). However, Hubli will return to the airline’s network when services from Bengaluru and Mumbai resume in December.

Among the airline’s top 15 airports, 11 have seen an increase in capacity this September compared with last September with Goa (+73%) seeing the biggest increase in seat capacity. Ahmedabad has seen the biggest reduction in seat capacity partly due to the axing of routes to Bangalore, Goa and Jaipur. Other routes that have been removed from the airline’s network include:

To help it stimulate traffic in thinner markets, SpiceJet embraced the Q400 as a second aircraft type a few years ago to complement its fleet of 737-800s and -900s. According to the airline’s most recent press release its current fleet comprises 32 737-800s, six 737-900s and 15 Q400s. In March SpiceJet finalized an agreement with Boeing for 42 737 MAX 8s, the first of which is expected to be delivered some time in 2018. The order is worth $4.4 billion at current list price. 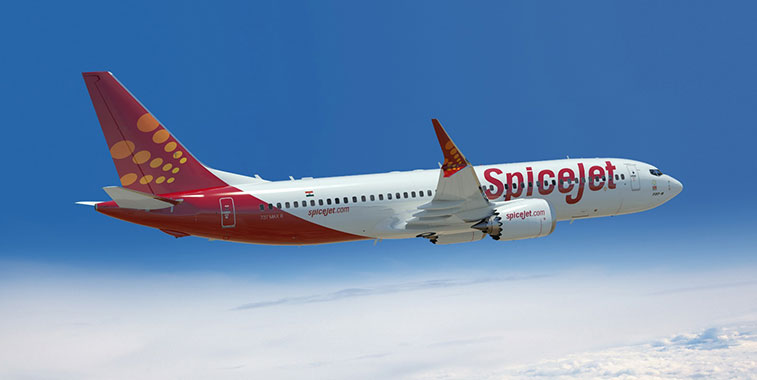 Back in March SpiceJet confirmed an order with Boeing for 42 737 MAX 8s worth over four billion US Dollars at list price. The first of these is expected to join the fleet in 2018.