Lucky Air is currently the 14th busiest airline ranked on seats offered from Chinese airports, but also the fastest-growing with year-on-year capacity up by around 20%. Operating since 2006 and 40% owned by Hainan Airlines Group, the airline is based at Kunming Changshui International Airport, China’s seventh busiest airport handling almost 30 million passengers in 2013. Earlier this year Lucky Air launched its first international route from Guiyang to Singapore, and last week launched flights from Kunming to Koh Samui in Thailand.

The airline’s fleet currently comprises 26 aircraft: 11 737-700s, eight 737-800s, three A319s and four A320s. The airline has confirmed to anna.aero that it handled 4.7 million passengers in 2013 and expects to increase that by around 14% in 2014 to 5.3 million. Its home base of Kunming is by far the busiest airport on its network, but has only seen year-on-year growth of around 5% as much of the airline’s expansion has taken place elsewhere. 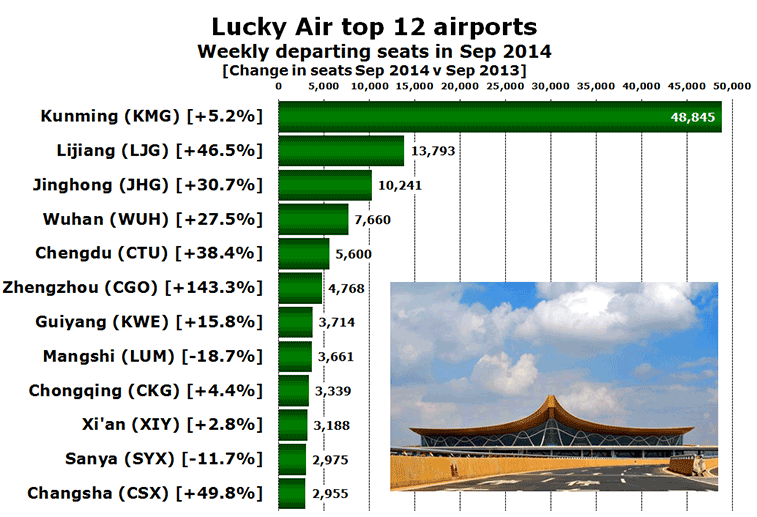 According to anna.aero’s analysis of Innovata / Diio Mi schedule data, the airline’s network has grown from 49 routes in September 2013 to 68 this September. The majority of new routes have been started with daily flights. A small number of routes have also been suspended either temporarily, or indefinitely. 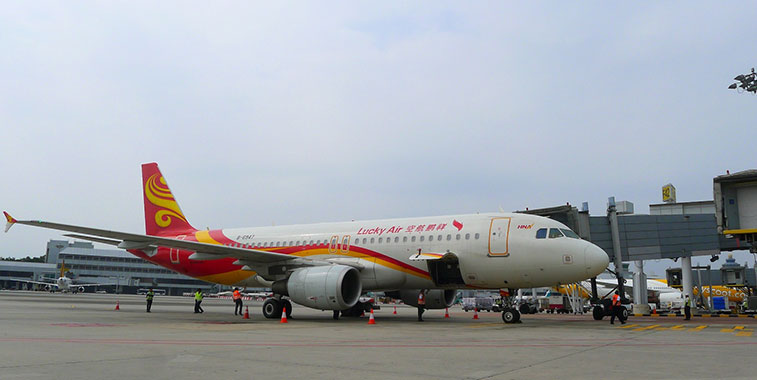