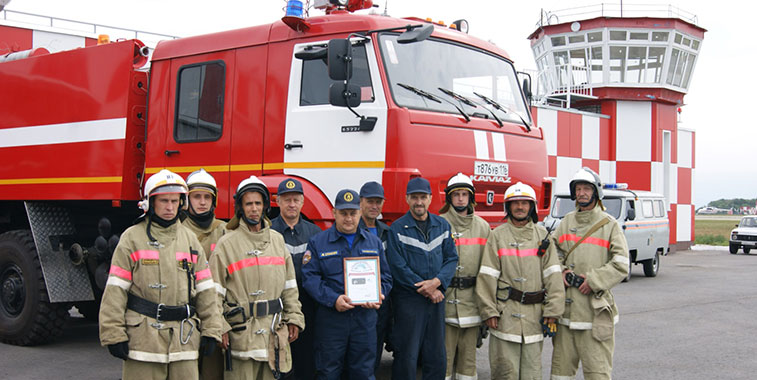 North America has secured its second win of the 2014 competition this week, with a Fire Truck Water Arch entry from Washington Dulles Airport, to celebrate the historic base launch by Frontier Airlines. However, while America has dominated this week as the Europeans’ only slowly drag themselves away from the beaches, looking at the 2014 inter-regional competition, Europe is the clear leader with 20 wins, followed by Asia with five wins, and only then the Middle East and North America, each with two victories. Awarded an overall score of 33.1 by the four anna.aero judges, Dulles’ win does not make it into this year’s top 10 ranking, although it would have secured an excellent third place in the less aggressive 2013 competition. Keep monitoring! 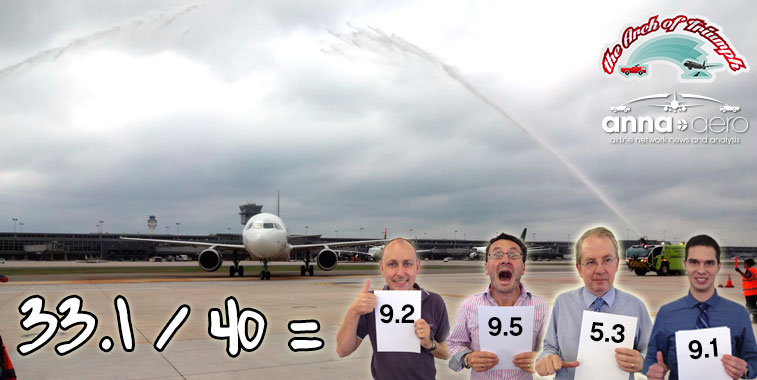 Judge’s comments: Not all the judges spotted that the launch of Frontier’s Washington Dulles Airport base is being celebrated with a special Fire Truck Water Arch style known as “Joe Biden’s Hair Style” – so-called because, just like the Vice President’s hair transplant, there’s a great big piece missing in the middle. Just as most cosmetic surgeons agree that it’s a very hard thing to get wrong, we are therefore also forced to conclude that the gap in the middle of this arch is also deliberate. Well done WAS you are this week’s winners! 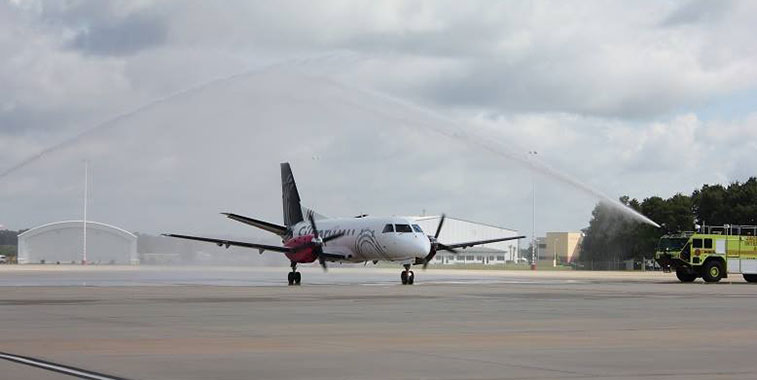 Unwarranted changes to the execution of this “Jacksonville Jaguar” may have cost JAX fire crews the chance of a trophy this season.

Judge’s comments: This style of arch is not a “Toblerone” – although it would be easy to make that mistake – it is in fact a “Jacksonville Jaguar”, and it is singularly credited with influencing the foundation of the professional football franchise of the same name in this famous Florida city. However, like the NFL side, the JAX fire department seem to be executing this arch with several deliberate strategical errors – we counted about 14 – see if you can spot them all. 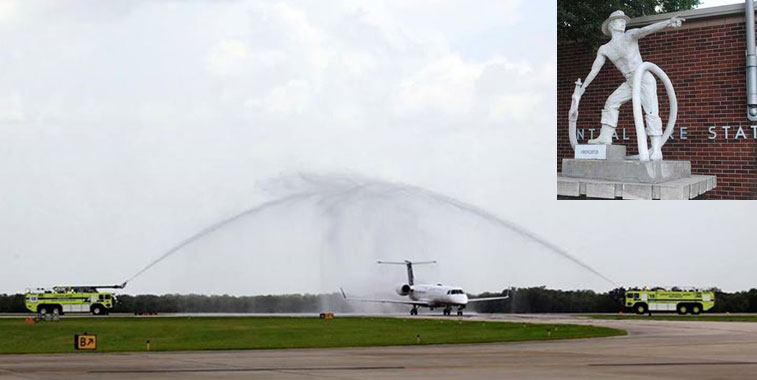 Still struggling with their equipment – the Fireman Statue in downtown Lafayette (1970) and the Fire Truck Water Arch (2014) – the “curtaining” in the middle of the arch cost Lafayette victory by a margin of 0.1 this week.

Judge’s comments: There’s a famous statue outside of the Central Fire Station in Lafayette of a shirtless fireman, bent over a hose that’s writhing like a giant snake. It was placed there in 1970 to honour brave firefighters but has recently attracted unwanted erotic interpretations and even has its own Facebook page: Lafayette Gay Fire Fighter. The actual truth of the matter is that the statue is an artistic representation of how hard it is to always follow the precise manufacturer’s instructions when using a piece of CFR equipment – for instance note in this photo how the near-perfect “Leaping Dolphin” arch suffers from interference where the two halves of the arch meet in the middle, with the result that the UA flight is dowsed in an extra curtain of moisture. This detail has cost Lafayette victory by the tiniest possible margin of just 0.1 this week. Shucks!!!

Very refreshing: Just in case you can’t see the truck on the left, we’ve zoomed in a bit for you (inset).

Judge’s comments: In this instance we decided that it would be too zealous to examine in forensic detail just why this arch scored under-average. But you got to hand it to those folks in Williston, North Dakota; they are certainly a very welcoming and optimistic bunch. 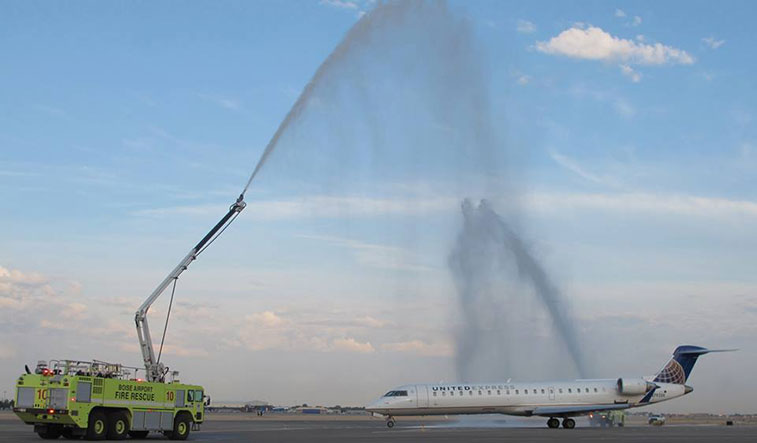 Judge’s comments: We simple Europeans marvel at the mechanical genius of Americans. Take coffee. We grind it up, put it in a filter, then pour hot water over it. At Starbucks in several major US cities they now make coffee in a $1 million device called a Clover. It’s the same size as a compact family car, but has the same power requirements as Denmark. It tastes bitterer than regular filter coffee, but comes in at $15 a cup after a 15 minute wait. The Boise Fire Truck Water Arch is a bit like Starbucks’ Clover – a lot of pipes, nozzles and extra froth.