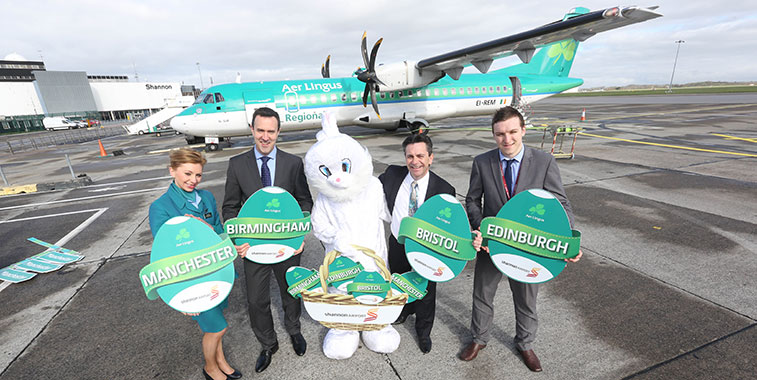 With Easter once again happening in April this year (it was in March in 2013), Ireland’s airports saw a massive 12.7% growth in airport traffic that month, helped in part by Aer Lingus’ new service between Shannon and Bristol which began on 4 April. This followed a 3.4% drop in passenger numbers at Irish airports in March, highlighting the importance of the leisure market to the country’s air travel industry.

Airport traffic data collected by anna.aero for 10 of Western Europe’s biggest air travel markets shows that all 10 of the countries analysed have reported growth in the first half of 2014. For most of 2013 passenger numbers at airports in Italy and Spain were down compared to the same month in 2012, with both countries only finally returning to growth in the final quarter of 2013. While for most country markets 2013 was a period of recovery, 2014 appears to be one of modest but consistent growth. 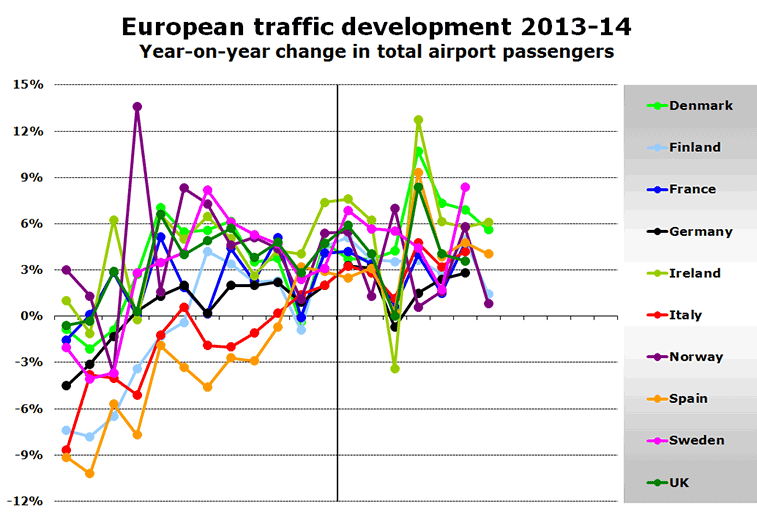