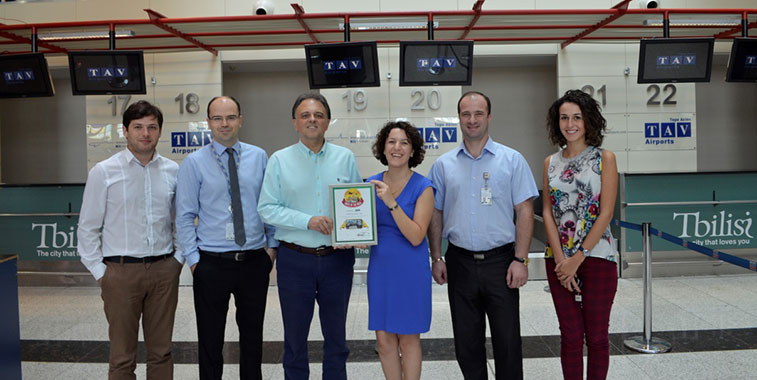 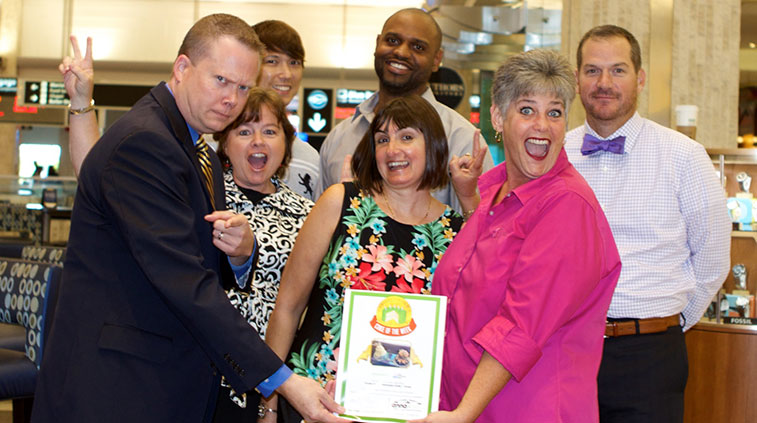 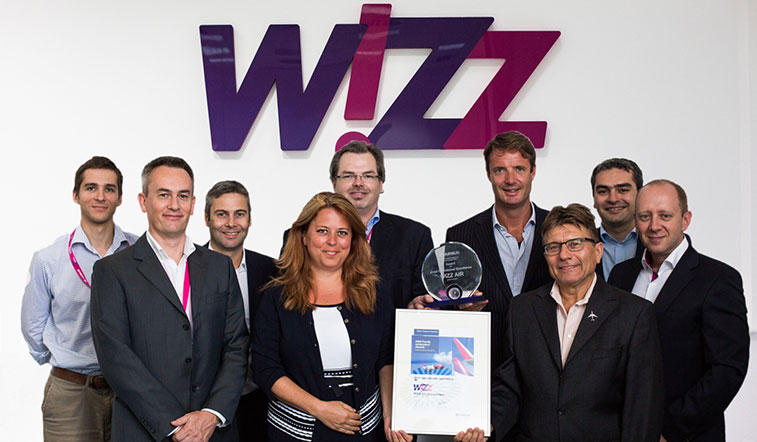 On 1 September, Wizz Air recorded 15 million passengers on a rolling 12-month basis (period corresponding from September 2013 to August 2014) for the first time in history. Also noteworthy is the fact that Wizz Air has posted a 17% growth in the last 12 months at an average load factor of 86%, while its fleet will comprise a total of 52 A320s by the end of the year. Marking the achievement is the ULCC’s EVP, John Stephenson (third at the back) along with his operations team. On 2 September, Aer Lingus Regional, which is operated by Stobart Air, announced that it will commence twice-daily non-stop flights from Leeds Bradford Airport to Dublin starting 23 October 2014. This is the first time in 14 years that the airline has operated to Leeds Bradford. In addition, the carrier is expecting to carry up to 70,000 passengers per year on the new route from the Yorkshire gateway, with a mixture of point-to-point and US transfer passengers. On 27 August, Ryanair celebrated 300,000 passengers at Lappeenranta Airport in Finland. The lucky passenger was nine-year-old Aina Garcia Ginesta, who was travelling with her parents back to Barcelona after a 10-day holiday in Finland. Furthermore, City of Lappeenranta was at the airport to hand out sweets to all departing and arriving passengers. 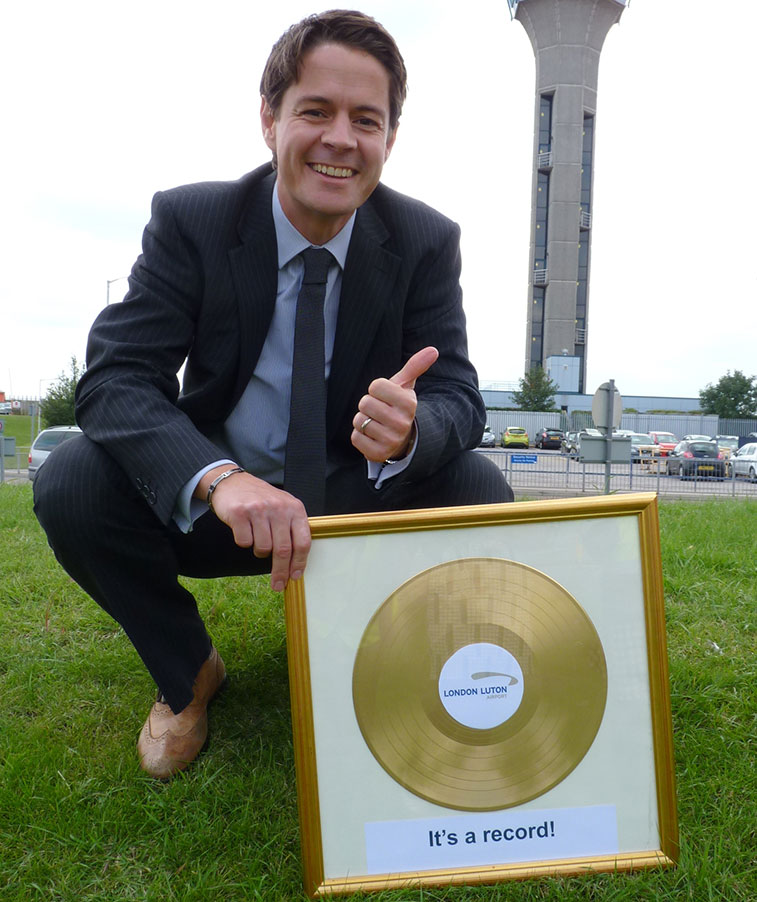 Record numbers of passengers took to the skies from London Luton Airport in June and July as the airport experienced its busiest summer period on record. In fact, over one million passengers flew to over 100 destinations each month, including on the 15 new routes added so far this year. Nevertheless, the upward trend in passenger numbers is set to continue, with numbers for 2014 predicted to be the highest in the airport’s 76-year history. Commenting on the achievement, Clive Condie, Executive Chairman, London Luton, said: “Demand from leisure and business passengers was remarkable in June and July and we expect to announce record passenger numbers for August too. Our exciting redevelopment plan, together with the support of our owners and our airline and business partners, means we are on track to deliver a local airport of which Luton and the region can be proud.” Celebrating the record breaking summer is Simon Harley, Airline and Cargo Development Manager, London Luton.