Even before Germany won the FIFA World Cup in Brazil in July, German leisure airline Condor was starting (on 20 June) a new weekly service from Frankfurt to Fortaleza in the north-east corner of the country. Despite the movement of thousands of football fans between Brazilian cities during the event, domestic traffic showed only modest growth in June and July.

Since anna.aero last took a close look at the Brazilian aviation market in December 2013 the country has hosted the FIFA World Cup (12 June to 13 July 2014), an event that was expected to put a major strain on the nation’s airports and transport infrastructure. Analysis of the most recent data from Brazilian authorities reveals that June and July saw minimal growth in domestic passenger demand as measured by RPKs (Revenue Passenger Kilometres). According to ANAC domestic passenger numbers were up 1.8% in June and 2.2% in July. 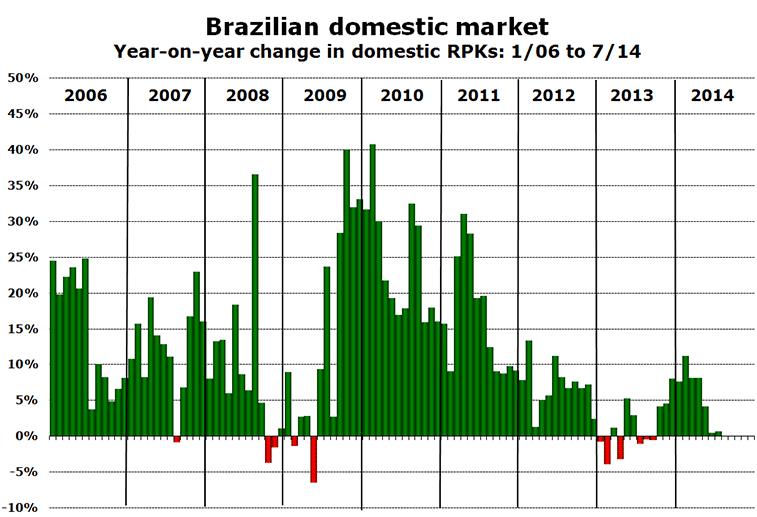 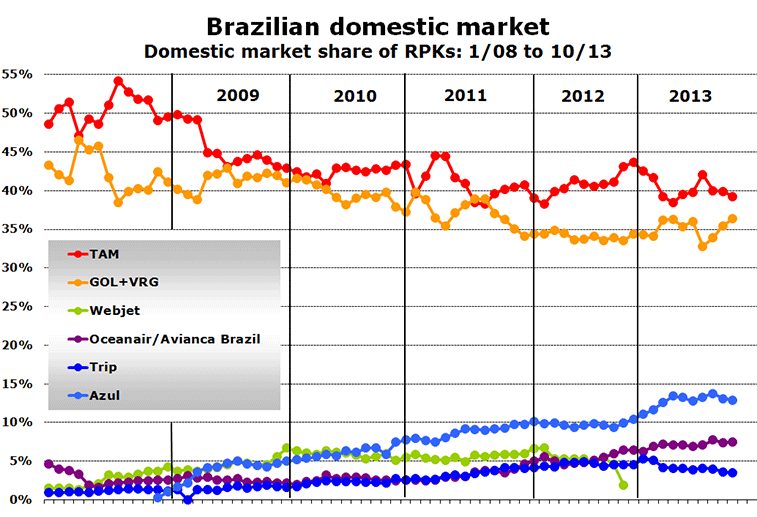 Seat capacity up 3% in September across all airports

According to schedule data from Innovata / Diio Mi, seat capacity across Brazil’s more than 100 commercial airports is up 2.9% in September. Of Brazil’s top 12 airports, four are reporting a reduction in weekly seat capacity, with Curitiba down 5%, Sao Paulo Congonhas down 2% and both Rio de Janeiro Galeao and Porto Alegre down just under 1%. Doing rather better are Recife (+9.1%), Sao Paulo Viracopos (+7.4%), Sao Paulo Guarulhos (+7.3%) and Brasilia (+6.7%).

International seat capacity up 10% in September

Direct international air services to and from Brazil have seen a 10% increase in seat capacity compared with a year ago. anna.aero has identified seven international services, launched during the last 12 months, which are currently served at least daily.