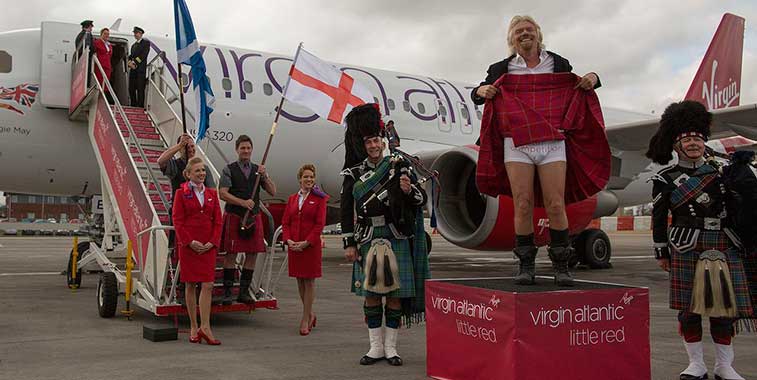 Not such stiff competition after all? In its first 14 months of domestic operations Virgin Atlantic Airways’ ‘Little Red’ domestic network of three routes from London Heathrow (Aberdeen, Edinbugh and Manchester) has failed to achieve a monthly load factor of 50% – a bit flaccid really. It may now be the fourth biggest airline in the UK domestic market, but it had the worst load factor in May of any of the 12 UK airlines operating domestic services.

Data from the UK Civil Aviation Authority reveals that since Virgin Atlantic Airways launched its Little Red domestic operations from London Heathrow at the end of March 2013, the airline has failed in any one month to fill at least half of the seats on offer, on the A320s operated on its behalf by Aer Lingus. However, CAA data is currently only available up until the end of May, so it is possible that average load factors of over 50% may have finally been achieved in either June, July or August. 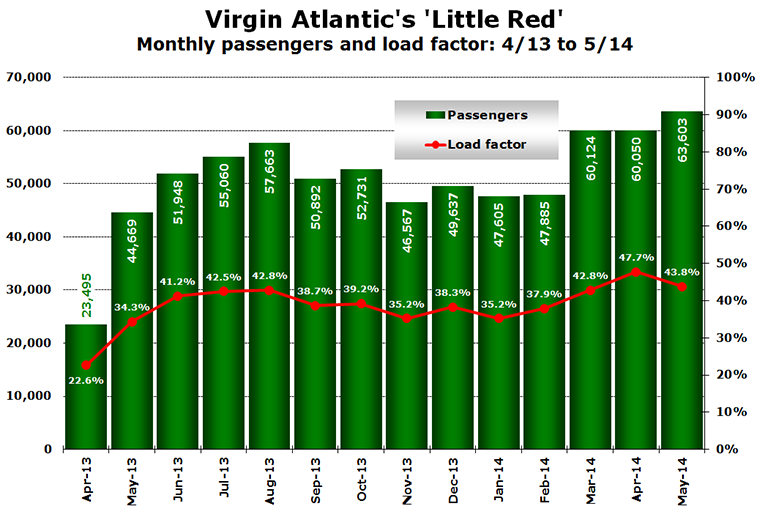 The best month for passengers so far has been May 2014, though load factors were higher in April, possibly due to the timing of Easter this year. Virgin Atlantic obtained a number of so-called ‘Remedy slots’ as part of the EU process for approving British Airways’ takeover of bmi British Midland. Slots were made available for anyone wanting to operate services to Aberdeen, Cairo, Edinburgh, Moscow and Riyadh. As a result Virgin Atlantic decided to enter the UK domestic market and start operating (with Aer Lingus’ assistance) to Aberdeen and Edinburgh, as well as to Manchester. All of these domestic routes have since been served with between three and six daily flights.

What is not known is how important these domestic links have been in feeding Virgin Atlantic’s long-haul network at London Heathrow. As from today (10 September) Little Red’s flights will operate from the new Terminal 2 (Queen’s Terminal) at London Heathrow, moving over from Terminal 1. However, Virgin Atlantic’s long-haul flights continue to operate from Terminal 3 at Heathrow, which is hardly conducive to efficient and timely connections.

According to UK CAA statistics for May 2014, Virgin Atlantic is now the fourth biggest UK airline in the UK domestic market with over 63,000 passengers. This is a long way behind the top three of easyJet, British Airways and Flybe and means that Richard Branson’s airline has around 3.7% of the UK domestic market with the three routes that it operates. In terms of load factor it has the worst at just 43.8%. Four airlines achieve a load factor of between 70% and 80%, with easyJet filling over 81% of its seats on UK domestic routes in May. 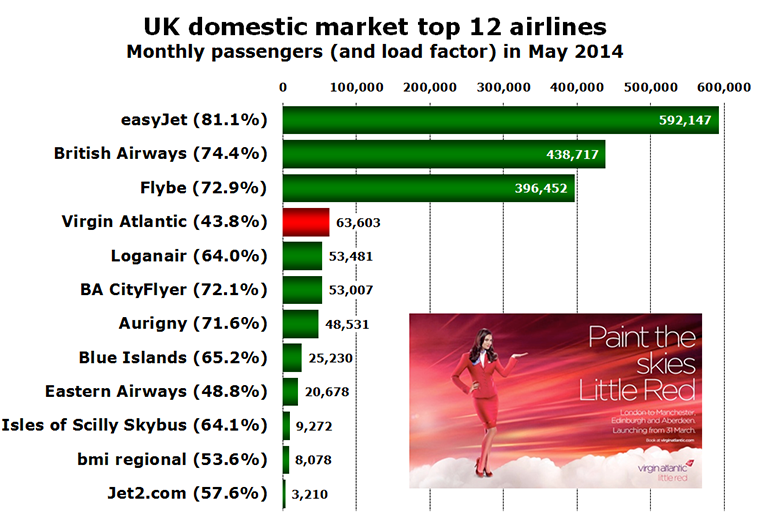 UK CAA figures are for UK registered airlines only. It should be noted that Aer Lingus operates domestic flights between Belfast City and both London Gatwick and London Heathrow airports, while Ryanair also operates UK domestic services from City of Derry airport in Northern Ireland to Birmingham, Glasgow Prestwick, Liverpool and London Stansted airports.

Last year saw the first year-on-year improvement in UK domestic passenger numbers since 2005, when almost 26.2 million passengers flew. Between 2005 and 2012 the market has shrunk by over 20% to just over 20 million annual passengers. Last year’s figures of 20.65 million were the highest since 2009. 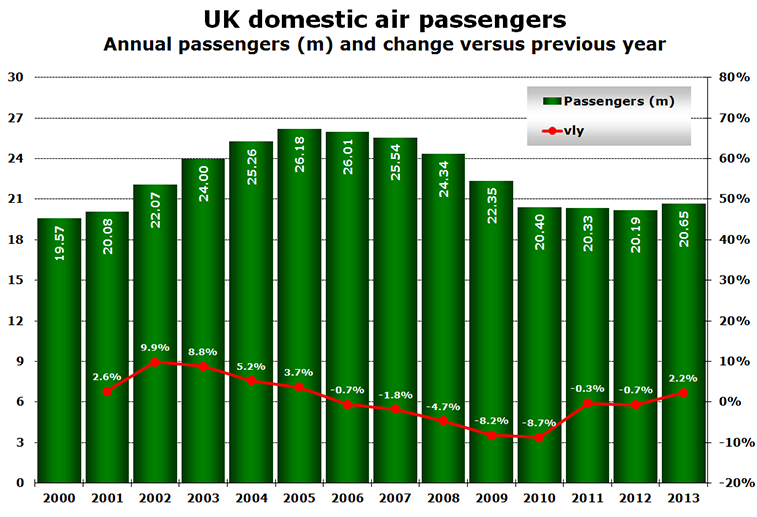 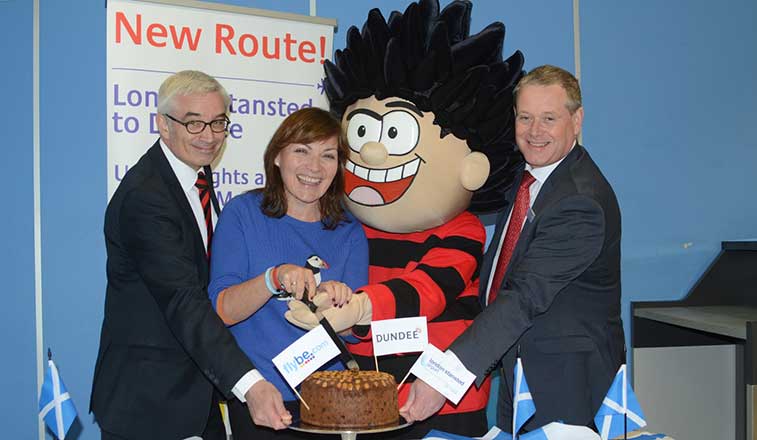 Soon to be counted as an international service? Despite cutting UK domestic capacity by around 20% this summer, Flybe has still launched a number of new domestic links, including between Dundee in Scotland and London Stansted at the start of the summer 2014 season.