Undoubtedly one of Europe’s most picturesque cities, Prague is a popular destination for European travellers looking for an interesting weekend break. Even before joining the European Union in May 2004, Czech authorities had liberalised some air service agreements (notably with the UK), attracting significant numbers of inbound tourists travelling with LCCs such as Go, which offered flights from Bristol, East Midlands, London Stansted and Newcastle before EU membership. Between 1995 and 2008 passenger numbers at the country’s biggest airport in Prague had almost quadrupled from 3.2 million to 12.6 million. However, since then demand for travel to and from the Czech capital has rather plateaued as other Central and Eastern European destinations have become more accessible to weekend break travellers. However, in 2013 passenger numbers at Prague grew by 1.5% to almost 11 million. All other airports in the Czech Republic handled less than one million passengers combined, with Brno Airport, the country’s second biggest airport, seeing around 460,000 passengers passing through its distinctive terminal building in 2013. 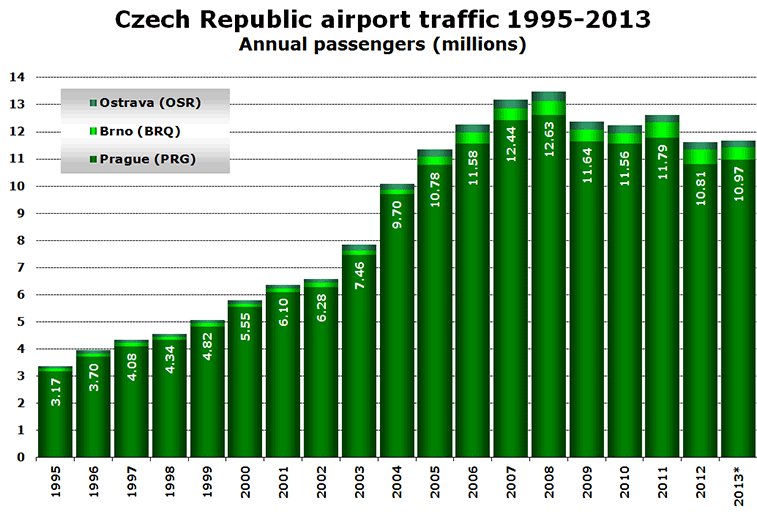 So far in 2014 (January to July) Prague Airport has seen passenger growth of 1.4% driven by a 4.9% increase in local passengers, offset somewhat by a 41% reduction in transfer passengers. Since the beginning of the year there have been many new service launches, primarily from Europe’s LCCs and leisure airlines. These include:

For Ryanair this marks the return of service to the Czech capital, having previously served the airport from Dublin between November 2007 and October 2010. During some of this period the Irish ULCC also served Prague from its bases at Birmingham, East Midlands, Frankfurt Hahn and Stockholm Skavsta. From the end of October, Ryanair will operate Prague flights from its Brussels Charleroi base with Vueling responding by starting flights from its Brussels base at almost the same time.

Meanwhile this week sees the launch of a new daily service from Czech Airlines to Gothenburg in Sweden, operating via the airline’s existing service to Hamburg in Germany.

Analysis of Innovata schedule data reveals that during the peak summer period Travel Service, a local leisure airline (which also operates under the name SmartWings), is the country’s busiest airline across all Czech airports, beating the national carrier Czech Airlines. Leisure airlines and LCCs (shown in light green) account for seven of the top 13 airlines operating in the Czech Republic this summer. 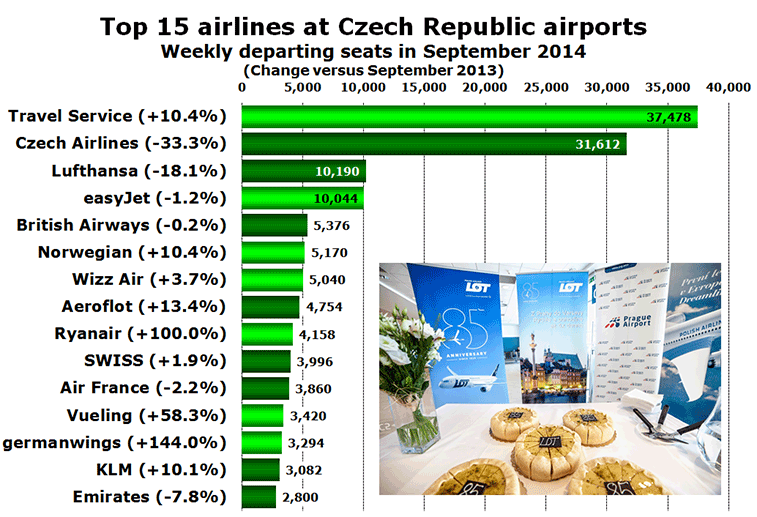 However, figures from Prague Airport show that across all of 2013 Czech Airlines remains the nation’s biggest carrier transporting 2.77 million passengers last year (market share of 25.3%) with Travel Service second with 1.66 million (15.1%). easyJet (7.7%) beat Lufthansa (6.7%) and British Airways (3.8%) for third place.

According to Innovata data for September 2014, a total of 57 airlines currently offer scheduled services at Prague Airport. Only Emirates of the MEB3 carriers is currently serving the airport, while airlines offering long-haul services (over 5,000 kilometres) include Czech Airlines and Korean Air to Seoul Incheon, Delta Air Lines to New York JFK (the airport’s only US service) and seasonal weekly flights to Montreal and Toronto Pearson (via Montreal) with Air Transat. 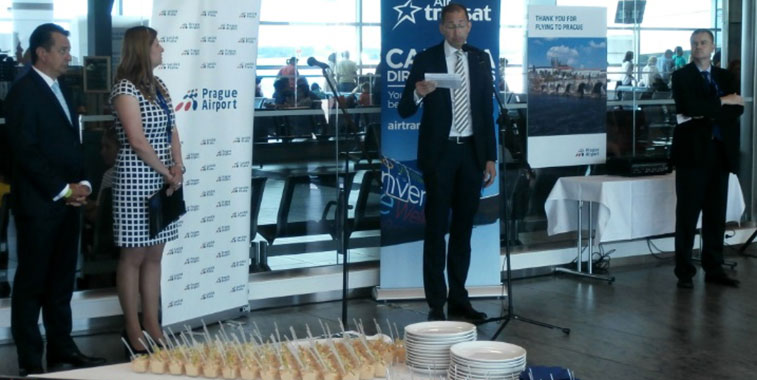 While passenger numbers in July at Prague Airport were down 1.9% there was considerable variation among the airport’s top 10 routes. Two of the airport’s top three routes (Paris CDG and Moscow SVO) saw traffic declines of between 15% and 20%. However, the second and fourth ranked routes of Frankfurt (+8.3%) and Antalya (+10.3%) saw significant increases in demand. 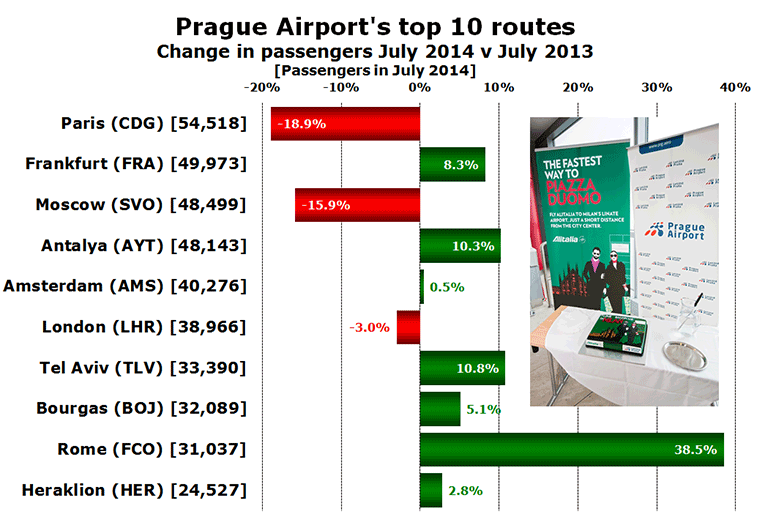 The biggest growth has come on the route to Rome Fiumicino. Already served by Alitalia, Czech Airlines, SmartWings and Wizz Air, since the beginning of 2014 both easyJet (31 March) and Vueling (16 June) have joined the market providing intense competition and some great value fares for travellers in both directions. 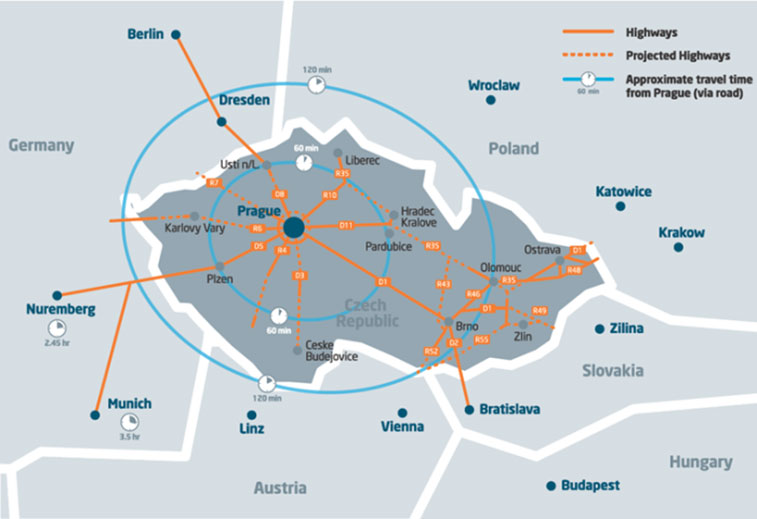 Prague’s two-hour catchment area includes not only most of the Czech Republic, but also parts of neighbouring Austria, Germany and Poland.