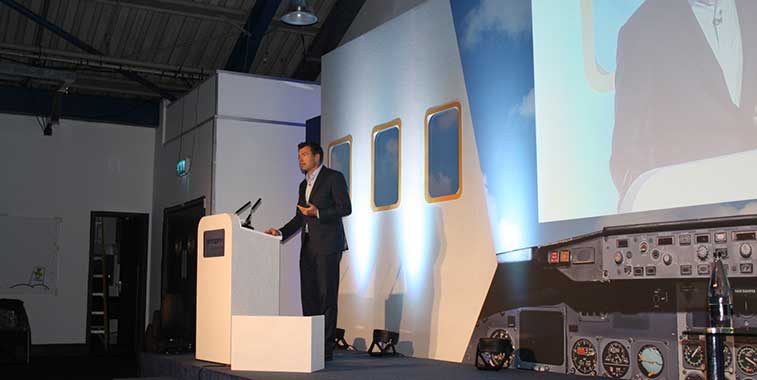 Bloomberg’s London-based anchor, Guy Johnson, kicked-off the formal proceedings of the 11th annual WLCAC at the Business Design Centre, London. Shortly before hosting one-to-one interviews with airline industry leaders, Johnson mentioned that significant developments will take place in the airline industry in the following years. “The extremes of the industry, namely the low-cost carriers and the full service operators, are changing their business models. With the 787-8 becoming a part of our lives nowadays, we are going to see some tremendous changes in the long-haul sector in the following years,” he said, highlighting the recent developments undertaken by Norwegian.

anna.aero was delighted to be invited to the 11th annual World Low Cost Airlines Congress (WLCAC) held at the Business Design Centre in London between 16 and 17 September, where aviation experts gathered to discuss key issues facing the air transport industry. Over 700 delegates attended this year’s congress, giving anna.aero’s Vlad Cristescu a chance to catch-up with a mixture of senior airline and airport representatives on the first day. 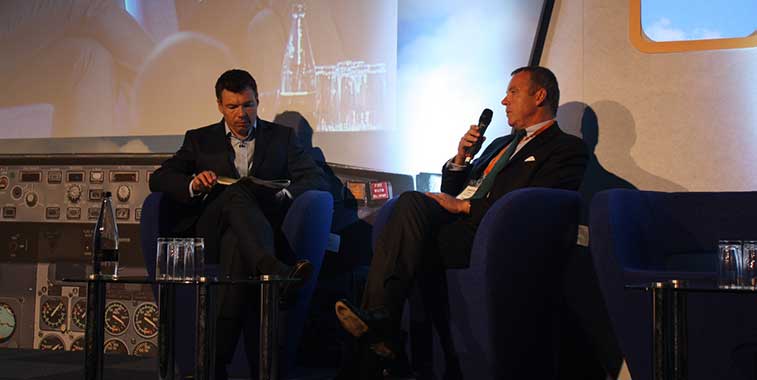 In the opening interview, Christoph Mueller, CEO, Aer Lingus discussed the evolution of the Irish flag carrier’s business model, the difficulties of steering the company through a challenging restructuring process and the future opportunities of the industry. With the introduction of a new strategy five years ago, the carrier is still going through a period of transition from competing head-to-head with Ryanair to a more hybrid model. “Dublin is currently handling 2.2% of the traffic between North America and Europe. However, we believe that there is great potential in this market; and therefore, we are looking to increase this market share up to 5%,” confessed Mueller commenting on the carrier’s target in the next year. Furthermore, he also added that the big innovations in the airline industry are still to come, particularly in the charter sector. 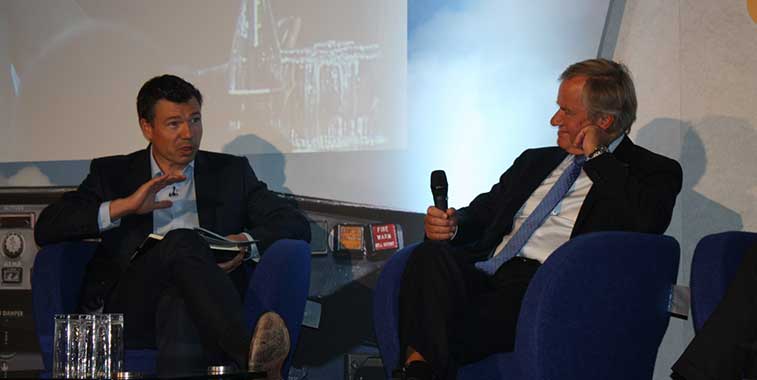 Bjorn Kjos, CEO, Norwegian spoke about the unique challenges faced in developing long-haul operations as a low-cost carrier. Norwegian was one of the first to start this trend in May 2013, when it commenced operations from Oslo Gardermoen and Stockholm Arlanda to New York JFK and Bangkok Suvarnabhumi. According to Kjos, the deciding factor of the airline’s long-haul expansion was the introduction of the 787-8 in 2011, a lighter and more fuel efficient aircraft with greater operating range. Commenting on the airline’s decision to launch flights to the US, Kjos, said: “We were aware of the fact that the major growth is coming from the Far East, a market currently restricted for Norwegian due to bilateral agreements. Nonetheless, with limited options to fly eastwards, we decided to expand into the US.” 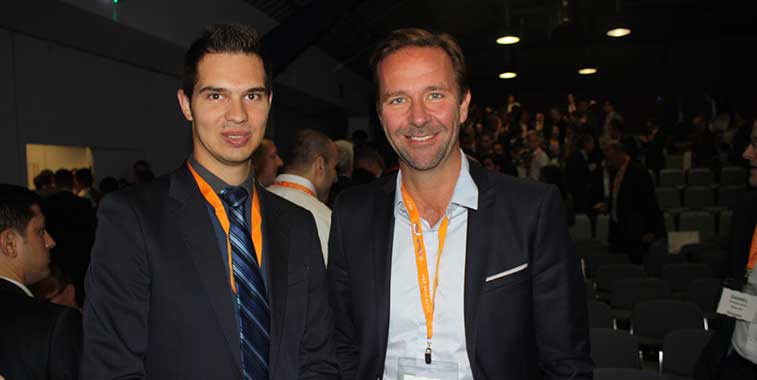 Between keynote interviews, anna.aero’s Cristescu seized the opportunity to talk to Skúli Mogensen, CEO, WOW air. The Icelandic LCC has been seeking to open transatlantic services via their Keflavik hub this summer; however it had to cancel those plans on the basis that no crucial slots were granted at the airport. Mogensen assured that US operations will definitely commence next spring, with the tickets going on sale shortly this autumn. 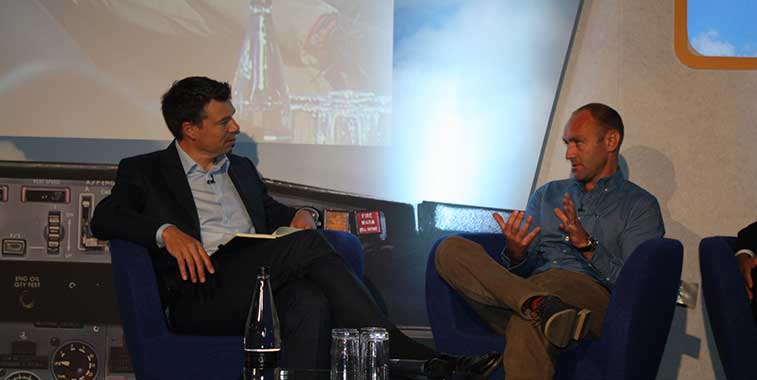 Ryanair was represented at the 11th WLCAC by Kenny Jacobs, the first CMO of the ULCC, who commented on the airline’s development in the following years — and who also took part in the recent BUD: Runway Run on 6 September. With a total of 200 197-seat 737-200 MAXs joining the airline’s fleet by FY2024, the ULCC is expecting to handle around 150 million passengers that year, up from 82 million in 2014. In addition, the biggest European airline is planning to double its capacity in markets where it currently features a relatively low share, such as in Germany and Scandinavia. “Besides this, we see great opportunities in the Cypriot market from the customer demand point of view, while Moscow and St Petersburg offer tremendous potential, as a result of the country being a major global economy,” mentioned Jacobs, highlighting the fact that there are still European markets to be exploited by the ULCC in the future. 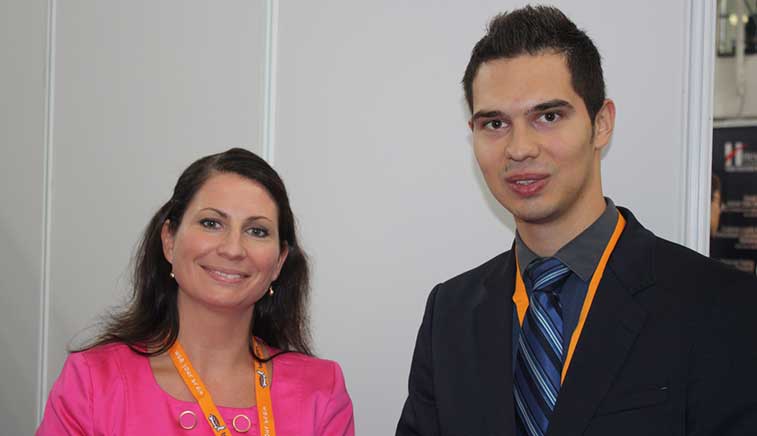 “Following the arrival of bmi regional from Kalmar on 1 September as well as Czech Airlines from Prague operated via Hamburg on 15 September, Gothenburg Airport is gearing up to welcome a new operator on 22 September, namely NextJet from Sundsvall. With five million passengers recorded in 2013, representing a 2.9% growth, Gothenburg will likely achieve a new record high this year,” said Christina Bjernudd, Key Account Manager Aviation, Customer and Marketing, Swedavia to anna.aero’s Vlad Cristescu during the 11th WLCAC. 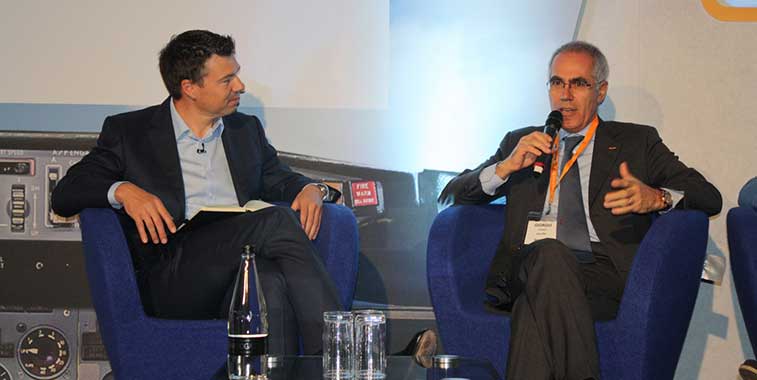 Vitaly Saveliev, CEO, Aeroflot discussed the introduction of its new LCC subsidiary — Dobrolet — this year. The exclusive operator between Moscow Sheremetyevo and Simferopol was forced to suspend operations on 4 August, due to the sanctions imposed by the European Union. However, according to Saveliev the airline could restart flights at end-October under the name of Dobrolet Plus. “As Russia has reported 13% traffic growth in the first half of 2014, we are ready to establish a new airline operating the product that we believe this country market is craving for at the moment,” commented Saveliev. 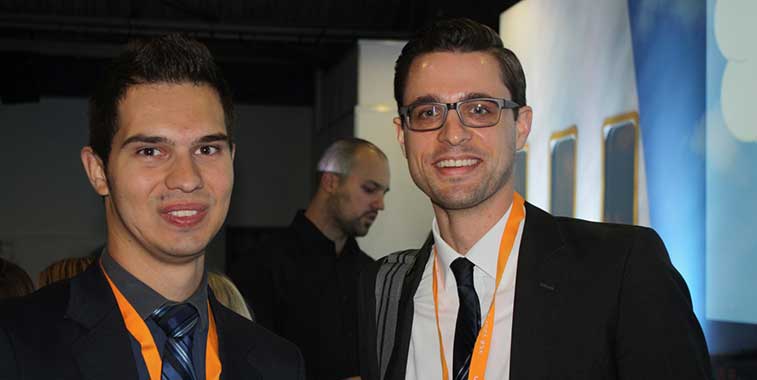 During the networking break, Thomas Helten, Head of Traffic Development, Stuttgart Airport told anna.aero’s Vlad Cristescu that the 9.6 million passenger gateway offers potential to the Scandinavian low-cost market, a gap that could be filled by Norwegian. 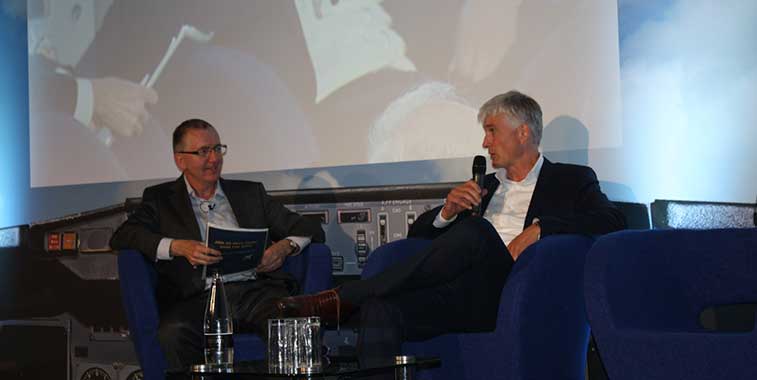 After the networking lunch, John Strickland, Director, JLS Consulting discussed with Mattijs ten Brink, MD, transavia.com about the airline’s expansion in the following years and how it feels competing with other low-cost pioneers. Established as a charter airline serving the Dutch market, the carrier emerged into a low-fare airline with the introduction of online bookings during the last decade. Nevertheless, the airline’s direct sales have remained a strong distribution point, still accounting for a market share of around 50%, according to Brink. Air France-KLM, the parent company of the LCC, approved recently plans to merge transavia.com and its sister, transavia.com France in 2015, into a new regional LCC — transavia.com Europe — that will focus on regaining the market share lost to the likes of Ryanair, Wizz Air and easyJet. In fact, Air France is going to transfer its whole European leisure market to the new carrier, including Porto — a major base for Ryanair. “With a future fleet consisting of over 100 units, we are considering up to 20 bases where we will be either first, second or third carrier in terms of capacity. That is the investment we are willing to take and we are not afraid of competition,” commented Brink.