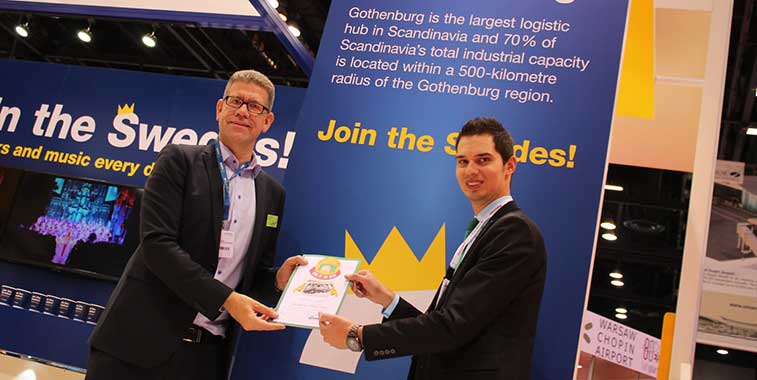 anna.aero’s Vlad Cristescu handed over the Cake of the Week certificate to Fredrik Olsson, Communications Director, Gothenburg during the 20th annual World Route Development Forum held in Chicago; which was awarded for the fantastic effort baked for the recent arrival of Czech Airlines from Prague. Launched on 15 September, the new airport pair is operated six times weekly via Hamburg. 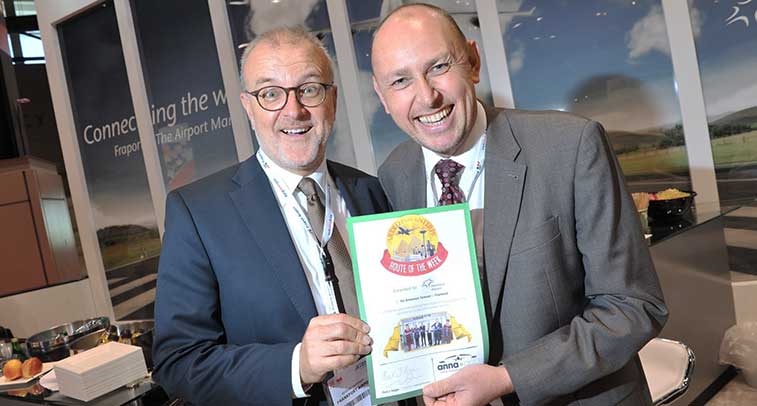 Handing over the prestigious Route of the Week award to Winfried Hartmann, SVP Sales & Customer Relations, Frankfurt Airport was anna.aero’s Editor Marc Watkins for the launch of Air Armenia’s new route from Yerevan on 9 September. The twice-weekly service (Tuesdays and Saturdays) on the 2,983-kilometre route will be flown by the carrier’s A320s. No other airline operates this route at present. Air Armenia’s only other services to Western European destinations are to Athens and Paris CDG, which are also both flown twice-weekly. On 16 September, Ryanair celebrated 245,000 passengers at Figari Airport with a fantastic cake. The ULCC is serving Figari with four weekly flights from Paris Beauvais and thrice-weekly operations from Brussels Charleroi. 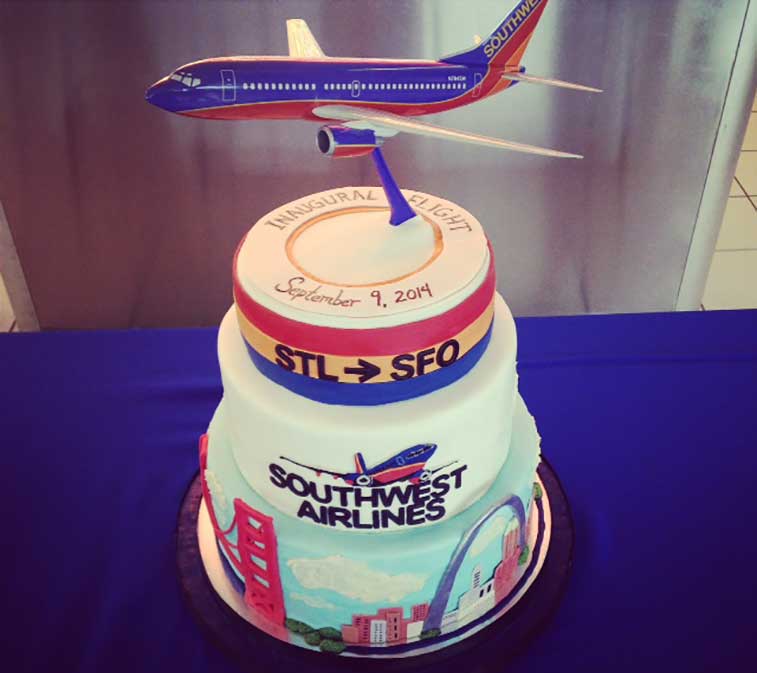 On 9 September, St. Louis Airport celebrated the inaugural flight of Southwest Airlines to San Francisco with this fantastic cake. The 2,792-kilometre sector is operated daily, utilising the LCC’s 143-seat 737-700s.