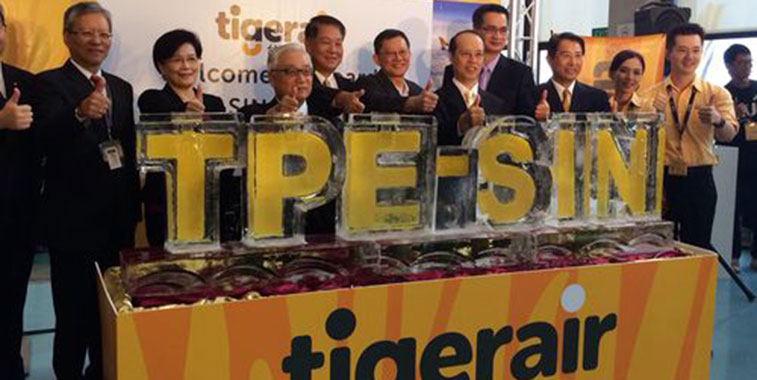 That’ll do icely. With a low-level of LCC penetration in the Taiwanese market – less than 6% of weekly seats ‒ it’s no wonder that the Tiger Airways management gave the thumbs-up for Tigerair Taiwan.

Tigerair Taiwan launched its first route from Taipei Taoyuan to Singapore on 26 September, becoming the first Taiwan-based LCC. The joint venture between China Airlines of Taiwan (with a 90% stake) and Tiger Airways of Singapore (with 10%) ‒ which wholly- or part-owns Tigerair Singapore, Tigerair Australia and now Tigerair Taiwan ‒ sees the latter pan-Asian LCC increase its portfolio back up to three carriers again, having previously held interests in Tigerair Philippines and Tigerair Mandala. While the former continues to use the ‘Tigerair’ brand for now, its new owners Cebu Pacific Air, which acquired the airline in January, will merge it into its own operations in due course. This contrasts to Jakarta-based Tigerair Mandala, which terminated all operations on 1 July, following the decision of the main shareholders to cease funding the airline.

Why Taiwan for Tiger?

According to Taiwanese authorities the number of passengers travelling in and out of Taiwan on budget airlines has climbed from just 260,000 in 2009 to 2.3 million in 2013, an increase of almost 800%. Despite this sizeable growth in LCC activity, Tiger clearly viewed this East Asian country as market that could be further exploited.

There are now 13 serving LCCs in Taiwan – Scoot, AirAsia X, Peach Aviation, Jetstar Asia Airways, HK Express, Cebu Pacific Air, Tigerair Singapore, Spring Airlines, Vanilla Air, AirAsia, Tigerair Taiwan, t’way air and Eastar Jet. The opportunity that Tiger has seized upon is clear, as the biggest LCC (in terms of weekly seats, w/c 1 October) in Taiwan is Scoot, which is only the #12 largest carrier in the market – with just a 1.3% share of capacity. Indeed, when all Taiwan’s serving LCCs are combined they still only offer 5.7% of total weekly seats. By comparison, Tiger’s other home markets are a little more congested with their respective LCC offer: 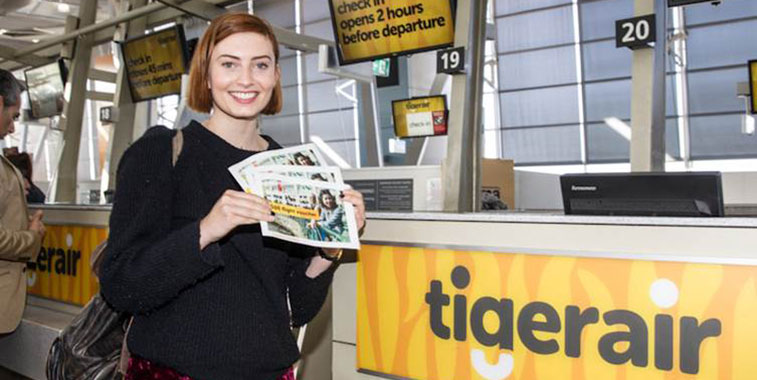 Tigerair Australia recently celebrated flying its 15 millionth passenger since domestic operations first began on 23 November 2007. The airline is the #2 LCC, and the #4 carrier overall in Australia, offering 4.6% of total weekly seats.

Tigerair Taiwan’s Singapore route will face intense competition, as the city pair is already served by six other carriers offering a total of 65 weekly flights each way – including its parent company China Airlines (flying double-daily). For full details on the competition being faced by the fledgling LCC on its inaugural service, check out this week’s new routes summary.

Since its inception, the LCC’s network has been mooted to cover major destinations in Northeast and Southeast Asia, Hong Kong, Macau, China and Taiwan. Ultimately, Tigerair Taiwan is planning to operate a fleet of at least 12 aircraft by 2018. Three routes have been suggested as the next phase in the LCC’s start-up, although checking the carrier’s website on 30 September, none of the following cities were available for sale as a direct flight:

Bangkok (BKK) – daily from 26 October. The 2,486 kilometre sector currently has up to nine daily flights from four incumbent carriers, led by China Airlines and Thai Airways. There are currently no LCCs operating between Taipei Taoyuan and Bangkok. Schedule not loaded in Innovata Diio Mi.

Da Nang (DAD) – daily from 26 October. The 1,685 kilometre sector is currently not served by any airline. Interestingly this will be a new destination for all three sub-brands of Tiger Airways. Schedule loaded in Innovata Diio Mi.

Chiang Mai (CNX) – daily from 28 October. The 2,401 kilometre sector is currently not served by any airline. Schedule loaded in Innovata Diio Mi.

…then Hong Kong, Narita and Kansai?

The above route choices reflect a mixed strategy of high-volume, low-hanging fruit city pairs like Singapore and Bangkok, which in terms of weekly seats from Taipei are the #5 and #7 largest destinations respectively, along with some untested routes, like Da Nang and Chiang Mai, where the LCC has the opportunity to unearth a untested hidden gem of a route. When considering the former type of opportunity, the most likely new route contenders (conveniently ignoring any barriers to market entry like bilateral agreements, available slots etc.) are as follows:

Hong Kong – this is the #1 route from Taipei (91,000 weekly seats), currently offering over 40 daily flights, with five serving carriers led by Cathay Pacific Airways and China Airlines. However, there are no LCCs operating on this route. Sector length 779 kilometres.

Tokyo Narita – this is the #2 route from Taipei (26,000 weekly seats), currently offering up to 14 daily flights, with nine serving carriers led by China Airlines. There are two LCCs operating on this route – Vanilla Air and Scoot. Sector length 2,182 kilometres.

Osaka Kansai – this is the #3 route from Taipei (25,000 weekly seats), currently offering up to 16 daily flights, with seven serving carriers led by China Airlines and EVA Air. There are two LCCs operating on this route – Peach Aviation and Jetstar Asia Airways. Sector length 1,703 kilometres.

Shanghai Pudong – this is the #4 route from Taipei (21,000 weekly seats), currently offering up to 13 daily flights, with eight serving carriers led by China Airlines and EVA Air. There is one LCC operating on this route – Spring Airlines. Sector length 674 kilometres.

Seoul Incheon ‒ this is the #4 route from Taipei (21,000 weekly seats), currently offering up to 11 daily flights, with seven serving carriers led by Korean Air and China Airlines. There is one LCC operating on this route – Scoot. Sector length 1,479 kilometres.

Singapore for a steal

Apparently, the first flight on the 3,212-kilometre sector had only three empty seats on the airline’s 180-seat A320, probably lured onto the service by the introductory low fares. anna.aero tried to book a flight leaving on 1 October and return on 7 October – and was quoted SGD320 (or about €198) – not a bad fare at such short notice for a four hour, 45 minute flight. The return fare charged equates to a revenue per kilometre of €0.031. Yields will have to improve significantly from this level if Tiger’s new daughter company is not to head down the same path as its Indonesian sibling. 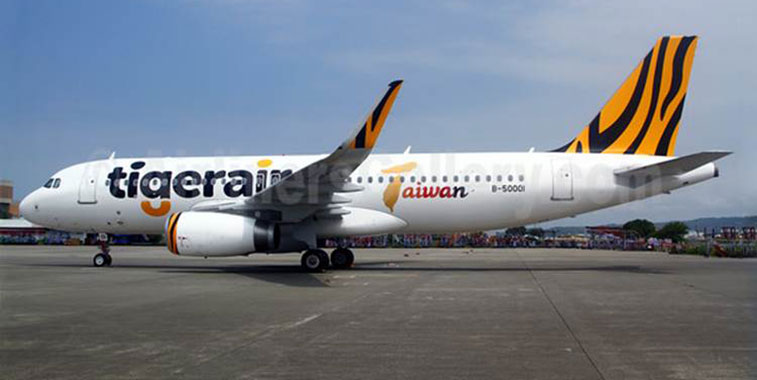 Tigerair Taiwan’s first aircraft wears “Taiwan” special titles that separates it from other Tigerair-branded aircraft. The LCC’s single A320 will fly its inaugural route from Taipei Taoyuan to Singapore daily from 26 September. Bangkok, Chiang Mai and Da Nang are mooted to be the next additions to the carrier’s network. Photo: Manuel Negrerie.