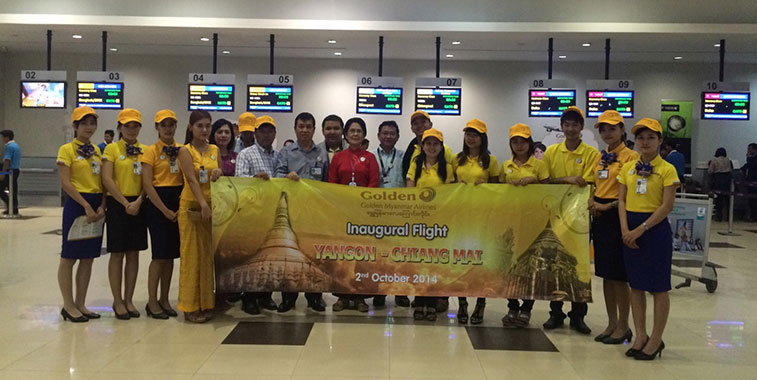 On 2 October Golden Myanmar Airlines launched flights to its third international destination, Chiang Mai in Thailand. Services to Singapore and Bangkok were introduced in 2013. The new route will be operated thrice-weekly using the airline’s A320s.

Golden Myanmar Airlines is a relatively new airline looking to establish itself in the rapidly developing Myanmar market. Operations began in 2013 and the airline now operates a mixed fleet of two Airbus A320s and two ATR 72-600s. The airline’s first three routes, all from Yangon, were to Bangkok, Mandalay, and Singapore operated by the airline’s first A320. Routes to Hong Kong and Kuala Lumpur which were shown in the airline’s in-flight magazine (EazyFly) of mid-2013 as ‘future route’ have yet to materialise. A second A320 joined the fleet in mid-October 2013. 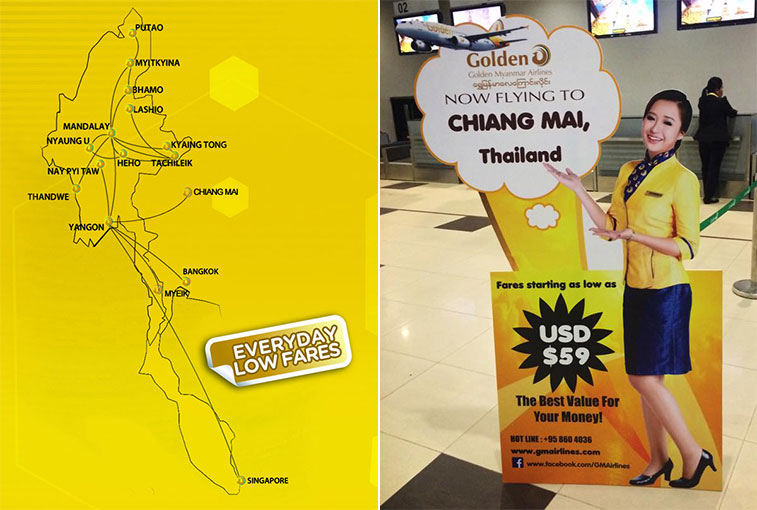 Golden Myanmar Airlines’ network is dominated by domestic services. This route map shows a total of 13 domestic airports being served, but the airline’s website only lists 11 at present. In addition to these domestic points the airline also serves three destinations outside of the country, the latest being Chiang Mai in Thailand. Services there started earlier this month.

This summer two ATR 72-600s joined the fleet, one in May and one in June, although according to a press release (4 June 2013) from Air Lease Corporation these aircraft were originally planned to join the airline in January and March of this year. These smaller aircraft, more suitable for domestic operations, have enabled the airline to launch over a dozen routes this summer spread right across the country. The newest domestic route is from Yangon to Thandwe which began operating earlier this month on 4 October. According to the airline’s on-line booking tool a total of 11 domestic airports are served. The airport pairs currently on sale are:

In total that makes 15 domestic airport pairs. Airports shown on the airline’s website route map that are not yet served are Kyaing Tong / Kengtung (KET) and Myeik (MGZ). There is no indication at present regarding future fleet development plans. 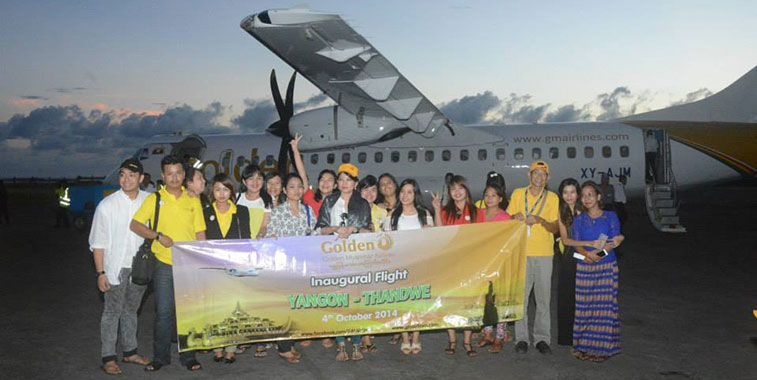 On 4 October Golden Myanmar Airlines added its latest domestic route from Yangon to Thandwe. This route will be served four times weekly with the airline’s ATR 72-600s. At present the airline appears to be operating a total of 15 domestic airport pairs with Mandalay having the biggest network, being connected to seven other airports with non-stop flights.