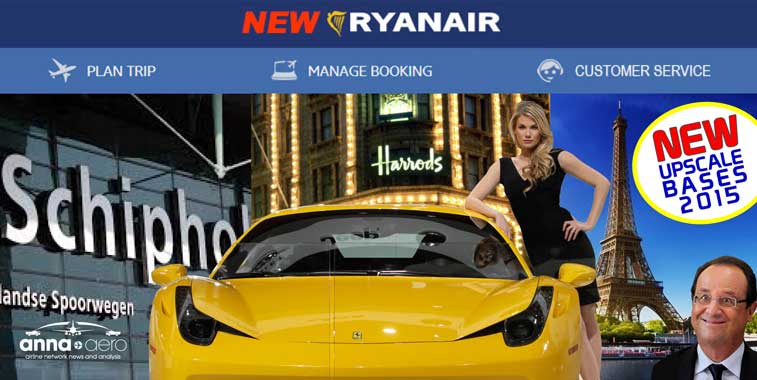 Last week anna.aero asked Ryanair’s CCO, David O’Brien: “What new bases the New Ryanair will open next year?” His written answer was: “Ryanair will open at least three new bases next year. We won’t fly to London Heathrow, Charles De Gaulle and Frankfurt Main – but every other airport is now on the table.”  O’Brien continues: “Not only have we broadened our appeal to the consumer, but more and more airports of all types now appreciate what we have to offer. Indeed, our biggest challenge next year will be having enough aircraft to satisfy demand, not just from consumers, but from airports across Europe.” O’Brien also said New Ryanair’s 2014 base additions are a good example of this change in its appeal. “We have already opened new bases at Athens, Brussels Zaventem, Lisbon and Rome Fiumicino, with Cologne [Bonn], Gdansk and Glasgow to follow this month, and our 180 new aircraft will allow us to grow by 30m customers over the next five years. We estimate that 50% of that growth will be at primary airports.” 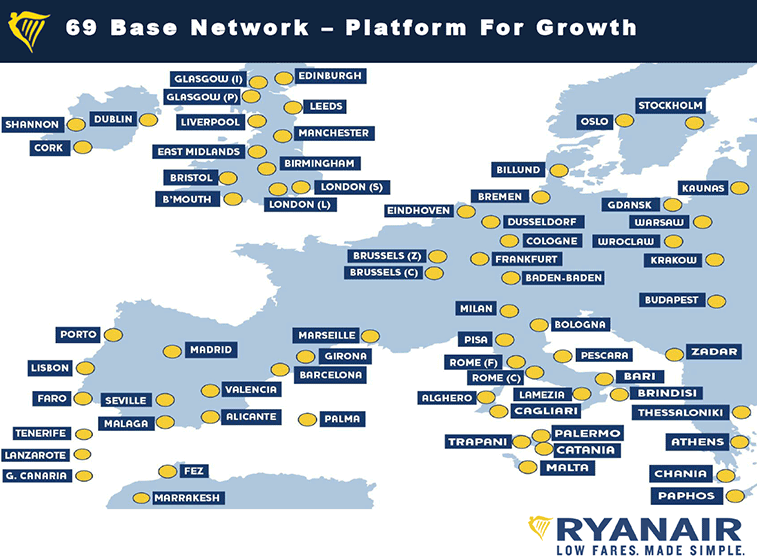 Ryanair’s 69 bases will increase to 72 by end-2015. New additions in 2014 include Athens, Brussels, Lisbon and Rome Fiumicino. Expecting that New Ryanair will grow “by 30m customers” over the next five years Ryanair’s CCO, David O’Brien, tells anna.aero: “We estimate that 50% of that growth will be at primary airports.”

So, where will the three new bases be? Rather than guess, we did some scientific number-crunching in order to establish the most likely new base opportunities for Ryanair. We concentrated on identifying the high-volume, high-yielding markets now increasingly important to New Ryanair, rather than the leisure and VFR-orientated and regional destinations the ultra-low cost carrier used to be famous for.

The outcome of this analysis delivers the following results and anna.aero’s top 10 suggestions to O’Brien for its ‘primary’ airport bases for next year:

The top three opportunities are interesting, more because they identify airports which were ‘not’ listed by O’Brien as potential ‘primary’ bases. Amsterdam is the only ‘FLAP’ hub airport (Frankfurt, London Heathrow, Amsterdam, Paris CDG – Europe’s busiest four airports) not mentioned in his roll call. London Gatwick is one of the airline’s largest ‘non-base’ airports with 52 weekly flights, but serves the London mega-market where it already has a presence at London Stansted (its biggest base). Likewise Paris Orly, is a market Ryanair has served for years at ‘nearby’ Beauvais, an old-school Ryanair airport which is a mere 81km north of the Eiffel Tower. Paris Beauvais is also its largest non-base operation with 219 weekly flights, but no based aircraft. 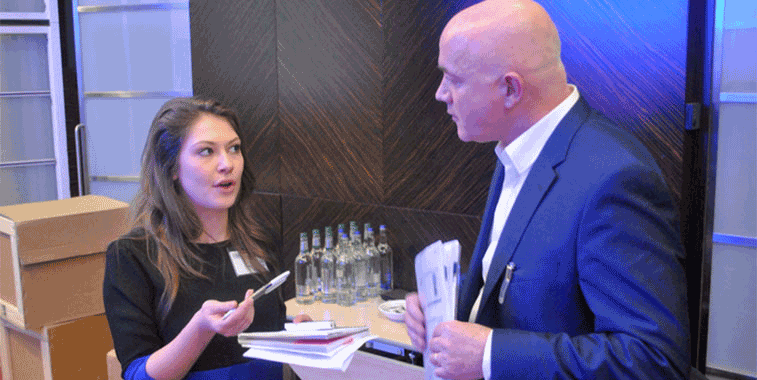 Ryanair’s CCO David O’Brien being interrogated by anna.aero’s diminutive Amy Hanna, apparently in some sort of storeroom in one of London’s finest hotels. Is that a list of three new 2015 bases in his large workmanlike hands? Does it include anna.aero’s suggestions of Amsterdam, London Gatwick and Paris Orly? If you think it should be your ‘primary’ European airport – then let us know.

Which airports would be most hungry for Ryanair?

One of the anna.aero data elves had suggested that there should be a ‘hunger for 2015 growth’ factor applied to our top 10. This metric looks at how all the airports on the list have performed in 2014 (January to August vs. 2013), and assumes those airports with the least growth would be most open to Ryanair’s advances (and demands). Those that have grown the least are Vienna (3.0%), Paris Orly (3.2%) and Düsseldorf (3.6%) – none of those growth figures are in any way bad, so no airport in the sample should be desperately hungry – especially not the best performers: Stockholm Arlanda (10%), Hamburg (8.2%) and London Gatwick (7.5%).

For those airports scared of ‘doing deals’ with Ryanair, for fear of the EU coming knocking on their doors late at night, O’Brien is able to give some comfort: “The EU have [last week] confirmed the legitimacy and value of what Ryanair has to offer European families, business, tourism and the wider economy, while the Commission’s findings also show that it is airlines such as Lufthansa and its subsidiaries who are finding it difficult to come to terms with the new realities.”

Other potential bases (at already-served airports)

So, other than the ‘primary’ airports, there are still many other non-base existing operations and completely unserved cities across Europe which could now be on its radar. Equally, while in the past easyJet and Ryanair have tended to avoid head-to-head competition when it comes to opening bases, the New Ryanair’s strategy of chasing business travellers will see operations overlapping a lot more. Among the favourites discussed in the anna.aero office this week were: Fuerteventura (43 weekly flights), Berlin Schönefeld (41), Bucharest (18), Tallinn (15), Prague (12), Nice (9).

Unserved airports which may become destinations

As Mr O’Brien now says “every other airport is now on the table” we also thought we should provide a list of airports where New Ryanair is currently non-existent, but which could become a destination for some of its shiny new 737-800s next year: Munich, Stuttgart, Zurich, Larnaca, Geneva, Helsinki, Sofia, Lyon and Naples were the anna.aero analysts’ favourites.

If your airport is not listed above but you are interested in becoming one of Ryanair’s ‘primary’ airport bases (or ‘other’ airports) for 2015, we are happy to receive your 200-word tenders or bids and we will forward them onto David O’Brien at New Ryanair on your behalf. Illegal cash bribes should be sent to our PayPal account referenced “anna.aero Jedward Appreciation Society.”