Facing the press in Guadalajara were: Ramón Godinez, Director of Tourism for Guadalajara; Enrique Ramos, Secretary of Tourism for Jalisco; Enrique Beltranena, CEO of Volaris; Bill Wyatt, Executive Director, Portland Airport; and Fernando Bosque, General Director, GAP. After that there was music at check-in, and a ribbon-cutting ceremony before Enrique Beltranena joined passengers on the first flight to Portland. 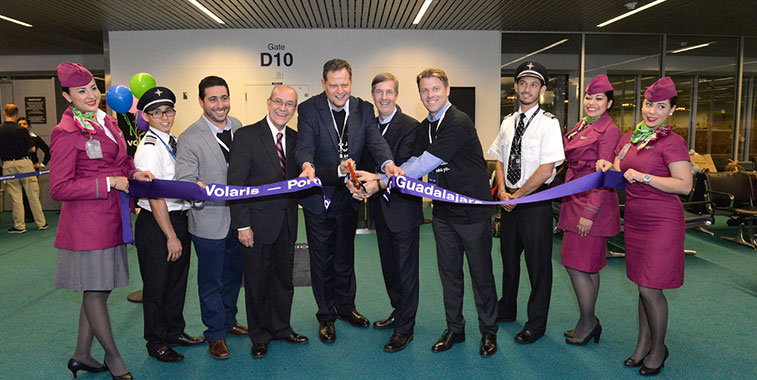 In Portland, Enrique Beltranena was again on hand to cut another ribbon to mark the first flight from Portland to Guadalajara.