On the same day, Wizz Air landed at Turin Airport with twice-weekly flights from Bucharest, having been welcomed with a ribbon cutting ceremony on the airfield. 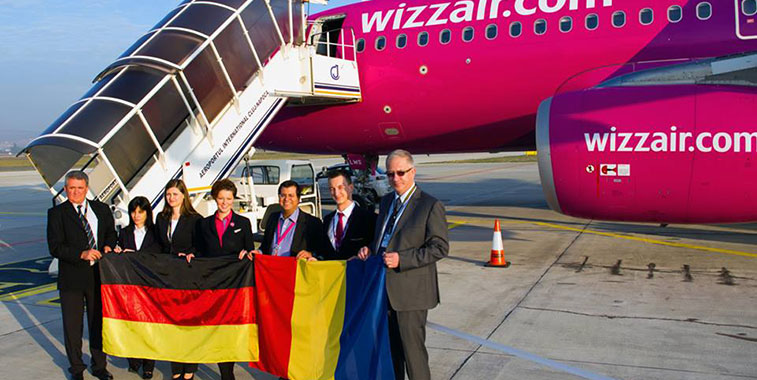 On 1 October, Cluj-Napoca Airport celebrated Wizz Air’s first flight to Nuremberg in Germany. The 983-kilometre sector will be served twice-weekly, on Wednesdays and Sundays. On the other end of the route, Nuremberg Airport welcomed the arrival of Wizz Air’s first flight from Cluj-Napoca with a cake ceremony on the apron.