London Heathrow falls further behind its European rivals this winter as Amsterdam, Frankfurt and Paris all report growing networks 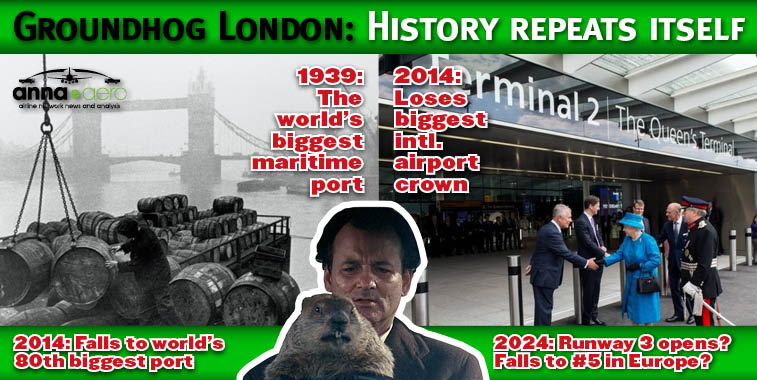 London’s Docks failed to move with the invention of containers and big ships, and now it’s happening all over again: This year Heathrow lost its #1 position for international traffic to Dubai. Now, as Istanbul Atatürk overtakes Amsterdam to become Europe’s #4 airport this year (and could pass Frankfurt for third place in 2015), it’s just a matter of time before Heathrow loses its ranking as Europe’s busiest airport in the group known as FLAP (Frankfurt, London, Amsterdam and Paris). From now on it must surely now be known as FLAPI. You heard it here first.

In 2013 Europe’s FLAP airports (Frankfurt, London Heathrow, Amsterdam and Paris CDG), the four busiest in Europe, handled 245 million passengers. These airports are also bases for their national flag-carriers; Lufthansa, British Airways, KLM and Air France respectively. All four of these airports continue to report traffic growth in 2014. The most recent traffic figures for each airport show that Paris CDG is growing most quickly in 2014 with passenger growth of 4.5% (to August), followed by Amsterdam (+4.3%), Frankfurt (+3.2%) and London Heathrow (+1.5%). The impact of Air France’s prolonged strike in September is likely to significantly impact on Paris CDG’s figures for September.

Only London Heathrow fails to report increase in airlines this winter

Looking ahead to the winter season (W14), anna.aero this week examines what significant network changes have taken place at these four airports compared with last winter. Using data for the first week of February in 2014 and 2015 reveals that of the four airports only one (London Heathrow) has seen a net reduction in the number of airlines operating at it. Paris CDG (+10), Amsterdam (+7) and Frankfurt (+5) have all seen an increase in the number of airlines operating at these airports during the winter period, with Paris breaking through the 100-mark quite easily. 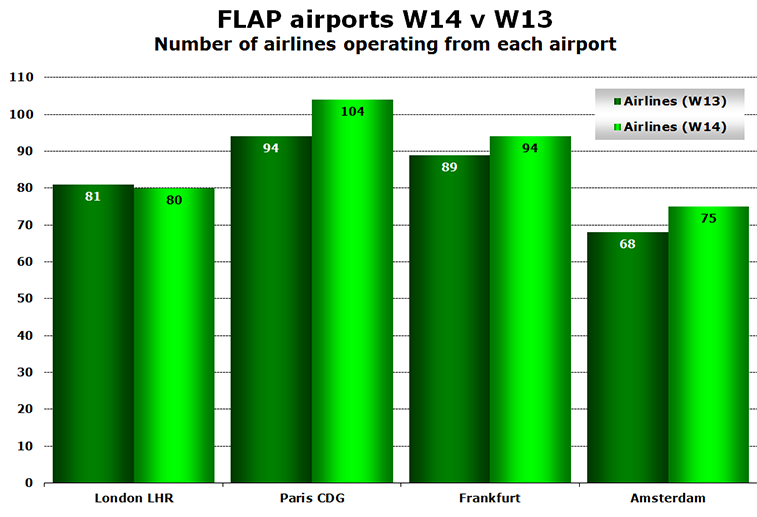 While Cyprus Airways has indeed withdrawn from Heathrow, and sold its slots as a means of improving its precarious financial position, the other lost carrier CAI First (IATA code XM) is actually a disguise for certain Alitalia flights operating to Milan Linate. So in reality London Heathrow has only lost one airline and gained one, Avianca, which launched non-stop flights to Bogota in July.

The other airports have all attracted at least seven new carriers compared with last winter, with Tunisia’s Nouvelair featuring at all of them. Air Armenia, Air Lituanica, Jetairfly and Sun d’Or International Airlines are winter newcomers at two of the FLAP airports. It should be noted that Rossiya’s operations to St Petersburg, from both Frankfurt and Paris CDG, have now been re-branded as Aeroflot flights. 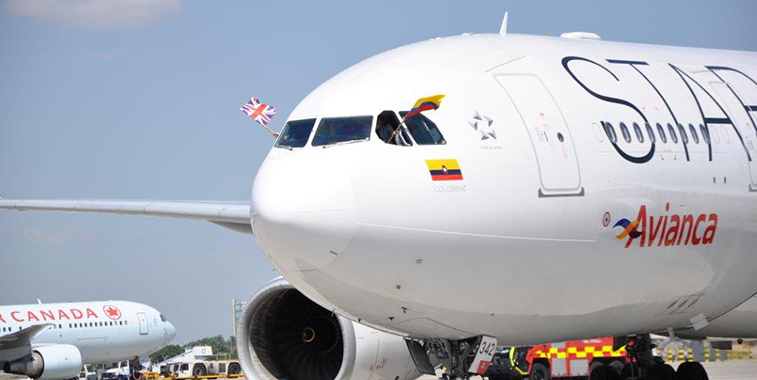 Out of Europe’s four busiest airports, London Heathrow (the busiest in 2013 with over 72 million passengers) has just 80 airlines serving it this winter, compared with 104 at Paris CDG and 94 at Frankfurt. The only new airline serving Heathrow this winter, that was not present last winter, is Avianca, which began non-stop flights to Bogota on 3 July.

Compared with last winter, Heathrow has seen a net loss of one destination, with 162 airports served non-stop in February 2015 compared with 163 in February 2014. Again, Heathrow is the only one to register a net reduction, with Amsterdam, Frankfurt and Paris CDG all having a net gain, and all serving well over 200 destinations non-stop this winter. 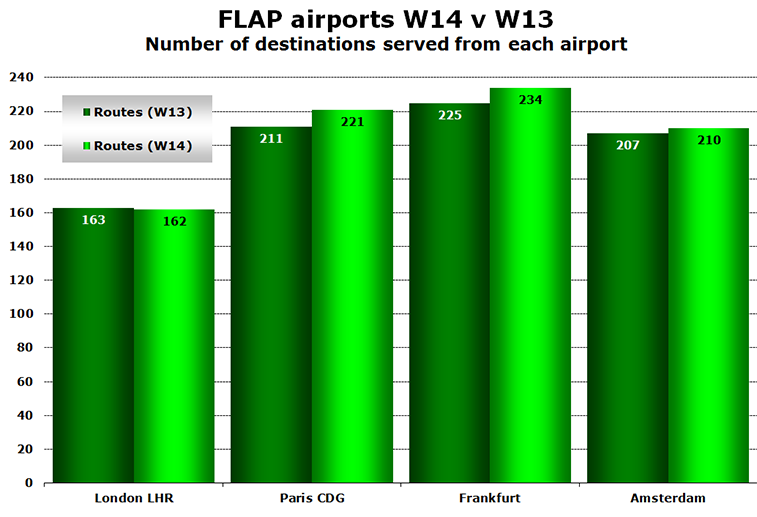 At Heathrow, British Airways has added only one previously unserved destination, Austin, which was launched on 3 March this year and will be much appreciated by F1 motor racing fans wanting to attend the next round of the championship in the Texas city in a couple of weeks’ time. Air Canada’s St. John’s service is normally a seasonal, summer-only operation but is being operated year-round now.

Paris CDG has seen the biggest changes with nine destinations lost this winter (three from Air France and two each from easyJet and XL Airways France), while also welcoming 19 new destinations from 13 different airlines. Frankfurt is close behind with eight routes lost (including four from Lufthansa and two from Condor), while welcoming 17 new destinations spread across eight different airlines. In Amsterdam, the six routes lost were all served by either KLM or its low-cost subsidiary transavia.com, including Manston in the UK, an airport that has now closed, apparently for good. Among Amsterdam’s new routes are two (Bilbao and Vilnius) that are operated by two airlines.

As the UK continues its painfully slow deliberations about future runway capacity in the London area, a decision that should have been taken at least a decade ago, Europe’s other major hubs continue to surge ahead. The airport has already lost its claim to being the #1 airport in the world for international traffic (to Dubai) and now it is surely just a matter of time before it loses its ranking as Europe’s busiest airport.

And let’s not forget Istanbul Atatürk, which in 2014 has already overtaken Amsterdam to become Europe’s #4 airport, and could pass Frankfurt in 2015 for third place. From its base there, Turkish Airlines operates to more destinations non-stop than any other airline at any airport anywhere in the world. However, in Turkey plans are already under way to ensure that growth can continue unchecked with plans to build an even bigger airport. 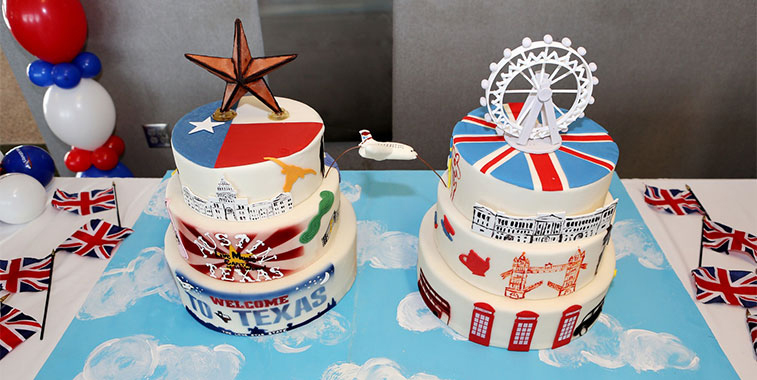 British Airways has added only one new destination to Heathrow’s portfolio of routes this winter compared with last winter, namely Austin in Texas. The route was launched on 3 March this year using the airline’s new 787s. The many UK-based Formula 1 Grand Prix teams will no doubt have booked out these flights well in advance to get them to the Circuit of the Americas in Austin, which is the venue for the next round of the championship on 2 November.