China’s 9th busiest airport has, in recent times, welcomed new long-haul services from Doha with Qatar Airways (28 November 2011) and Helsinki with Finnair (9 May 2012), and to Sydney with Sichuan Airlines (20 December 2013). These three routes are the longest non-stop routes from the airport at present. Passenger numbers at Chongqing have grown almost tenfold from 2.78 million in 2000 to over 25 million in 2013.

Chongqing Jiangbei International Airport is the ninth busiest airport in China handling 25.3 million passengers in 2013, about the same as Zurich in Switzerland and only slightly fewer than New York’s LaGuardia airport. Its growth since 2000 has been phenomenal, with passenger numbers growing almost tenfold from less than three million in 2000. Annual growth of over 20% has been achieved in seven of the last 13 years while the slowest growth (in 2008) was still 9.9%. Domestic services still dominate at the airport, accounting for 95.6% of weekly departing flights in November. Chongqing is China’s largest inland city with an urban population of over seven million and a municipal population of almost 30 million people. 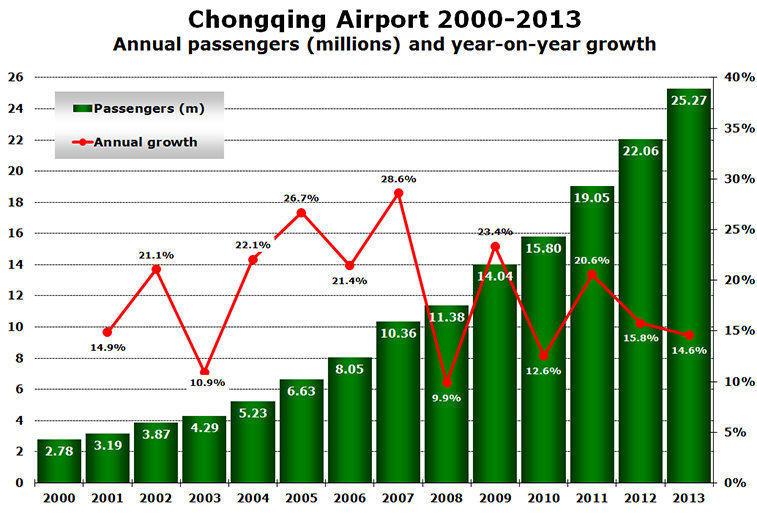 Analysis of schedule date for the first week in November compared with the same period in 2013 shows that weekly seat capacity is up almost 20%. Leading the way in terms of weekly departures is local carrier West Air, part of the Hainan Airlines Group. The airline has recently transitioned to operate as an LCC and, based in Chongqing, the airline has increased capacity by 70% in the last year and now operates more weekly departures from the airport than any other airline, leap-frogging Sichuan Airlines and Air China. 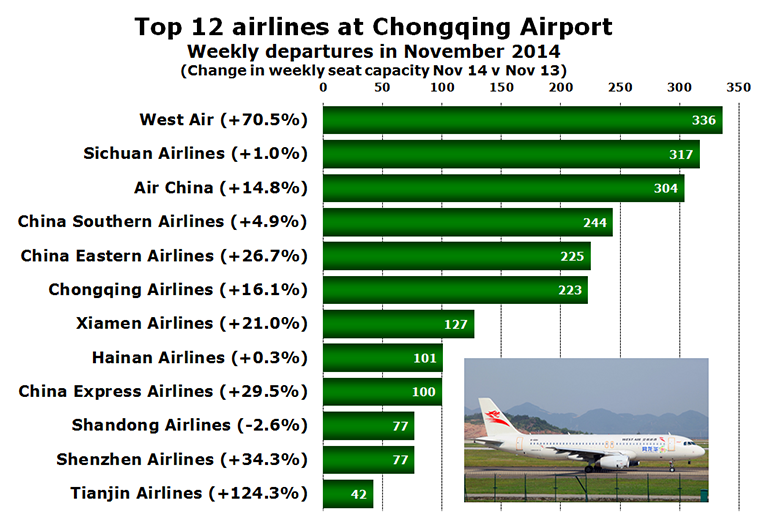 A total of 35 airlines currently serve the airport of which 22 are Chinese. Of the remaining 13, three are based in Taiwan and two in Hong Kong. That leaves Air Macau, Asiana Airlines, Business Air, Finnair, Qatar Airways, SilkAir, Thai AirAsia and Thai Airways. From next February they will be joined by AirAsia X when the Malaysian long-haul, low-cost carrier begins four times weekly service from Kuala Lumpur. 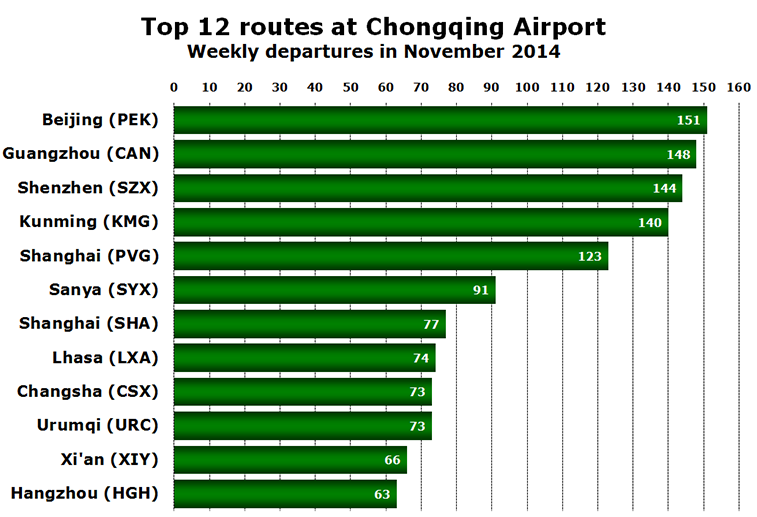 Although Beijing has the most weekly flights, just ahead of Guangzhou and Shenzhen, by combining flights to both Shanghai airports results in there being 200 weekly departures to that city, making it the leading city destination. 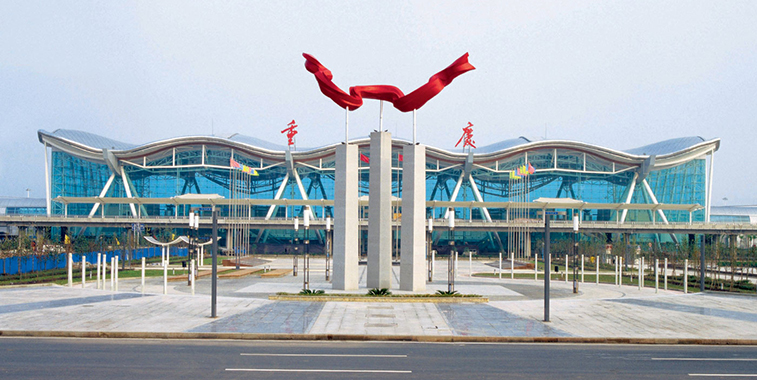 In 2005, Chongqing Jiangbei Airport opened a new terminal designed to handle eight million passengers per annum. Since 2005 the airport’s passenger numbers have climbed from 6.6 million annual passengers to over 25 million in 2013.