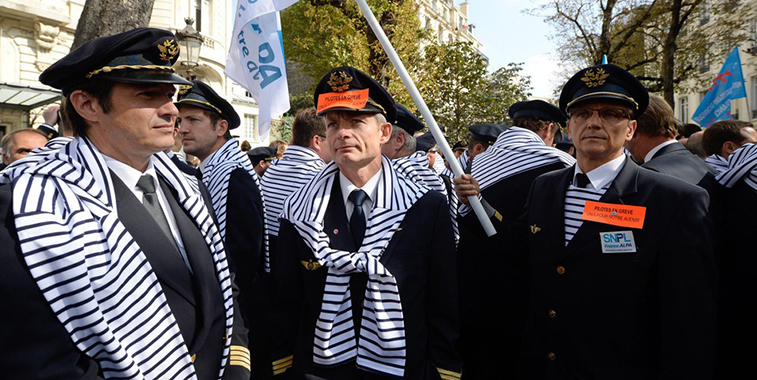 The decision by Air France’s pilot union SNPL to strike during September has cost the airline at least €300 million according to various reports. Air France’s biggest base of operation at Paris CDG reported a 12.3% drop in passenger numbers in September. According to Aéroport de Paris, domestic traffic at CDG and Orly was down 25.4% in September as a result of Air France’s flight cancellations.

Air France’s well-publicised industrial relations issues, which led to the suspension of many flights during September, obviously affected the airline and its passengers. But it also impacted on French airports. By analysing year-on-year traffic data for the busiest French airports for August and September, anna.aero can reveal which airports have experienced the biggest change in passenger numbers. The methodology is fairly simple. By comparing the growth in August (say +5%) with the ‘growth’ in September (say -10%) we arrive at a delta of 15% (plus five takeaway minus 10). 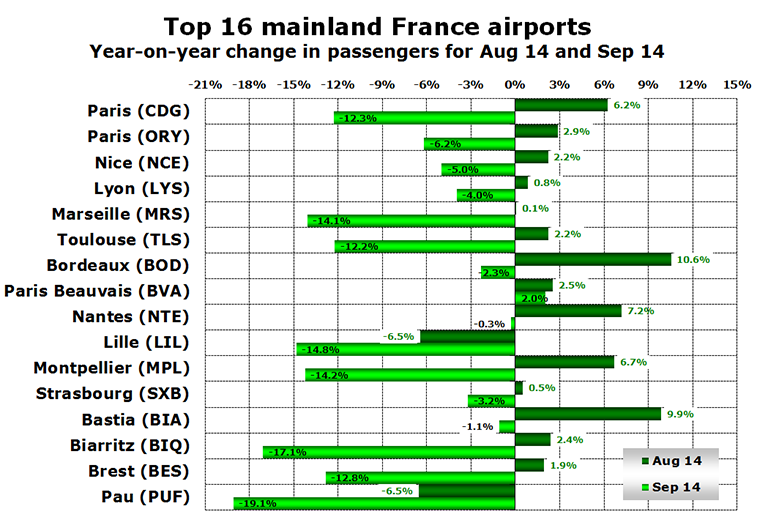 Doing this reveals that Montpellier (delta of 20.9% – plus 6.7% to minus 14.2%) saw the biggest change, followed by Biarritz (delta of 19.5%) and Paris CDG (delta of 18.5%). Montpellier’s change in performance was not only affected by Air France’s strike but also by some extremely heavy rainfall, which created major floods for a couple of days, which impacted airport operations.

The airports that suffered least were Paris Beauvais (delta of just 0.5%) followed by Strasbourg (delta of 3.7%) and Lyon (delta of 4.8%). Given that Air France does not operate at Paris Beauvais this airport’s low delta is no great surprise.

With the winter season set to kick off next week, anna.aero has analysed which airlines are growing (and shrinking) their capacity most at French airports by looking at published schedule data for the first week in November. Overall, across all airlines, seat capacity is up 1.6% (though aircraft movements are down 1.3%), but four of the top five airlines have cut capacity. The exception, easyJet, is reporting a modest 2.3% increase in weekly seat capacity. 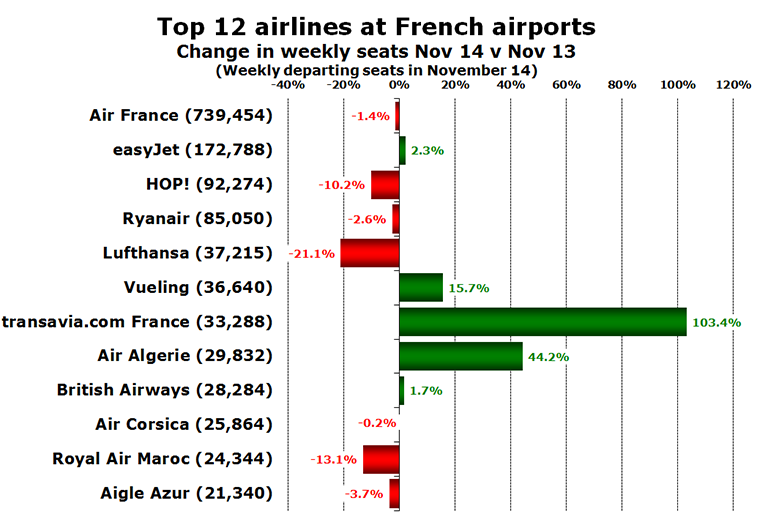 By far the fastest-growing airline in the top 12 is transavia.com France, which has doubled its winter seat capacity from French airports. The airline’s Paris Orly network this winter comprises 24 routes compared with 17 last winter. Several new routes which were launched in the summer continue to operate into the winter season such as Athens, Barcelona, Budapest, Istanbul (SAW), Madrid, Malaga, Pisa, Prague and Tel Aviv. Other routes have seen significant weekly frequency increases.

Air Algerie’s over 40% capacity growth has come from a mix of increased frequencies on existing routes, the use of larger aircraft and a handful of routes operating this winter that did not operate last winter, such as Paris CDG to Oran which now operates year-round. transavia.com France launched several new routes from Paris Orly this summer including Barcelona, Budapest and Istanbul Sabiha Gökçen. All three of these routes will continue operating into the winter season as the airline doubles its seat capacity from French airports.