On 26 October, eurolot added Chisinau to its network with the addition of four weekly flights from Warsaw Chopin. Passengers on the inaugural flight were greeted at the Moldavian capital with traditional Romanian cake. 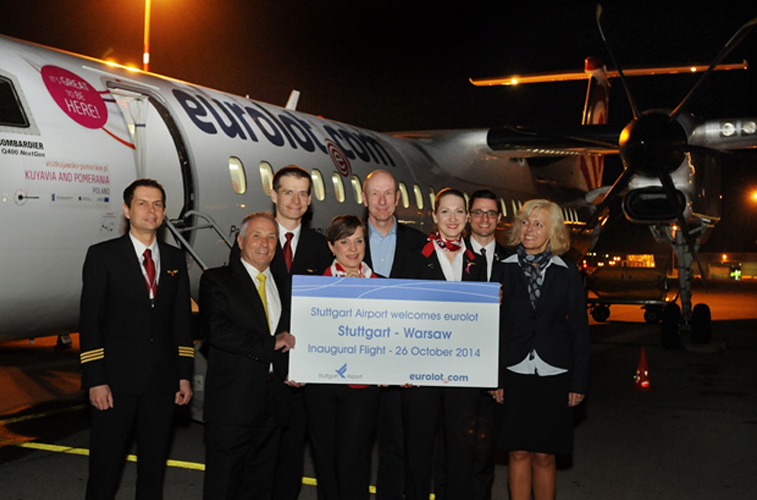 Another celebration, this time at Stuttgart Airport, which commemorated on 26 October the arrival of eurolot from the Polish capital.