Flybe starts 15 routes in one week 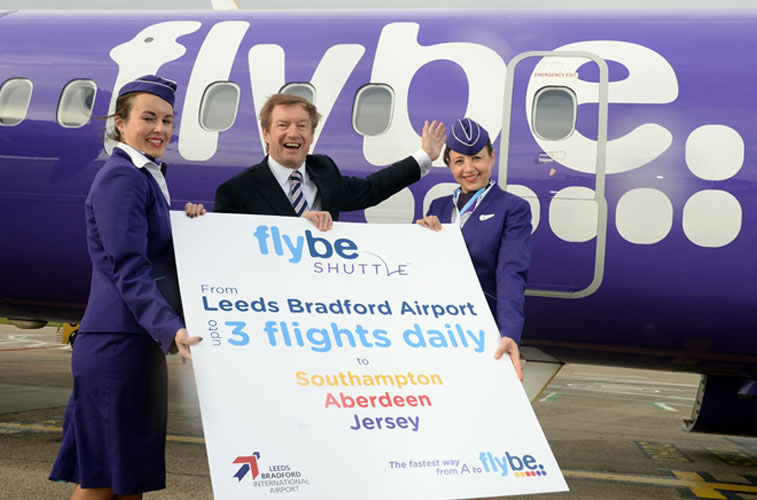 Tony Hallwood Leeds Bradford Airport’s Aviation Development Director is joined by Eva Culbert and Pauline Culvert (Flybe cabin crew) to celebrate the airline’s new services from the airport. On the new routes, Hallwood said: ‘’The introduction of three new routes from Leeds Bradford by Flybe is great news for business and leisure travellers wanting to connect to Aberdeen, Southampton and Jersey this winter. The innovative Flybe Shuttle, operating up to three times daily, will be welcomed by our passengers and complements the popular Belfast service operating up to four daily frequencies to Northern Ireland, and those operated by Flybe’s franchise partner, Loganair, offering up to two services daily to Glasgow.” London City has been the focus of Flybe’s growth for the W14/15 season, with seven routes launched. Saad Hammad, CEO of Flybe said: “From today, purple Flybe aircraft will be a regular feature in the skies above the City of London as we begin daily services with six aircraft into/from London City Airport.” Alex Salmond, First Minister of Scotland, said: “This is an exciting morning for Scottish aviation with new routes linking Aberdeen, Edinburgh and Inverness with the heart of London taking off for the first time.” 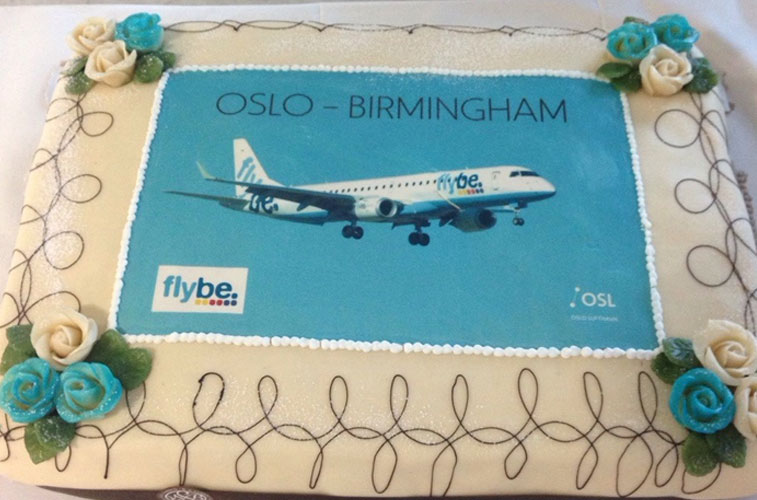 One of three new international services launched by Flybe from its biggest base of Birmingham was a daily service to Oslo Gardermoen. The E175-operated flights were welcomed by this new route cake in Norway’s capital. 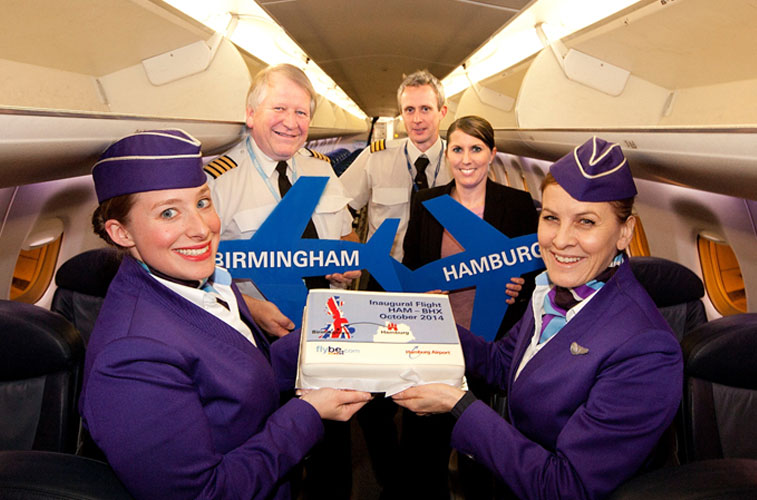 Alexandra Ringel, Manager Traffic Development & Sales, Hamburg Airport eats new route cake with the crew of the first Flybe service from Birmingham on 26 October. The 798-kilometre sector will be operated daily by the airline’s 88-seat E175s.