Flybe touches down at London City with seven routes 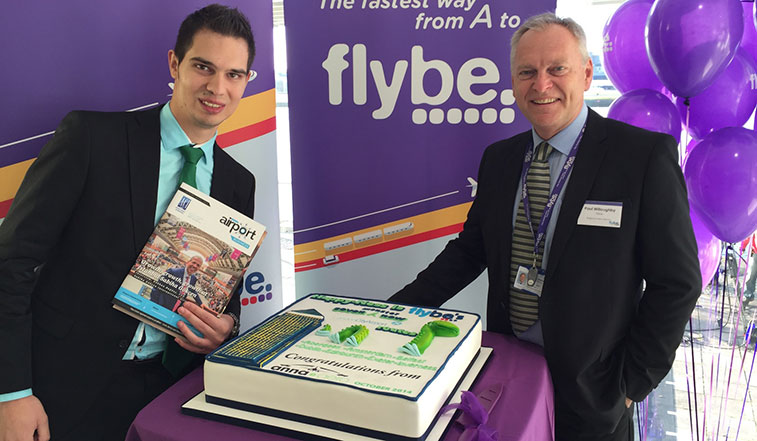 anna.aero’s Vlad Cristescu caught-up with Paul Willoughby, Regional General Manager UK (South), Flybe, during the “Breakfast of the Regions” held at Newham Council Offices in London, who confessed that the airline’s strategic plan is to open a new base each year.

anna.aero was delighted to be invited by Flybe to the opening of the airline’s “virtual base” at London City Airport on 27 October. Following the decision to dispose the majority of its London Gatwick slots to easyJet earlier this year, Flybe commenced operations at London City on 6 October with the launch of 20 times weekly services to Edinburgh, followed on 20 October by 15 weekly flights to Belfast City. Nevertheless, the grand arrival of the UK regional airline at London City took place on 27 October, when the carrier launched four new routes to Aberdeen, Dublin, Exeter and Inverness.

Besides all of these, Flybe will also launch the 344-kilometre sector to Amsterdam on 1 November, an airport pair extensively competed by CityJet’s 49 weekly flights as well as British Airways’ 37 weekly operations. With the exception of the Dutch flights, which will operate on Saturdays and Sundays only, all of the new services will fly into London City, making the airport a “virtual base” with no night-stopping aircraft.

The airline’s London services are completed by the Stobart Air-operated routes at London Southend which commenced on 17 May, as well as the remainder of its Gatwick flights, which operate just to Newquay, a route served thrice-daily. In fact, it was announced recently that the airline will operate the link between Gatwick and Newquay for another four years. This route is supported by a Public Service Obligation, which will see up to £2.8m of funding support provided by the Government over the next four years to safeguard the vital air link.

Overall, Flybe’s operations at London’s fifth busiest airport are summarised in the table below. Noteworthy is the fact that the carrier’s average weekly frequency across the seven new airport pairs is 14.4.

With the opening of its new “virtual base” at London City, the airline hosted a special “Breakfast of the Regions” by Saad Hammad, CEO, at Newham Council Offices in London on 27 October. Furthermore, anna.aero has specially baked a delicious cake which was cut by Hammad and Alex Salmond, First Minister of Scotland. Passengers on the first flight from Aberdeen, which landed at London City at 09:10 local time, were greeted by a traditional Scottish bagpipe player upon arriving at Newham Council Offices, the location of the ceremony. 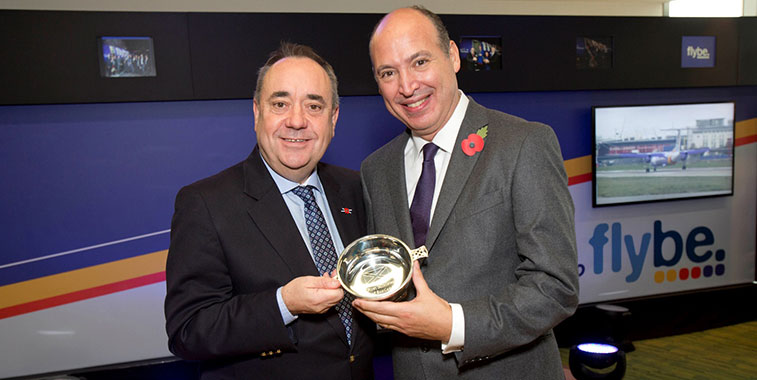 The exchange of gifts between Alex Salmond, First Minister of Scotland and Saad Hammad, CEO, Flybe, highlighted the celebrations of Flybe’s new route launches from London City, with the former commenting: “Our strategy in Scotland is to add more international destinations and connectivity to London. This is an exciting morning for Scottish aviation with new services linking Aberdeen, Edinburgh and Inverness to London’s heart, three routes which will support a mix of both business and leisure traffic.” 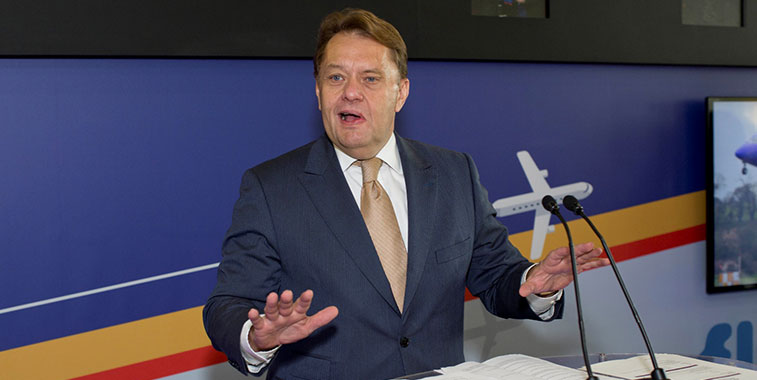 Addressing the audience, John Hayes MP, Minister of State at the Department for Transport, also stressed the importance of Flybe’s new operations from London City: “These new routes are not only a luxury, but also a necessity to spread the prosperity of the British nation.” Cutting the anna.aero celebratory cake’s first slice during the “Breakfast of the Regions” are: Salmond and Hammad, being flanked by Flybe’s lovely cabin crew. 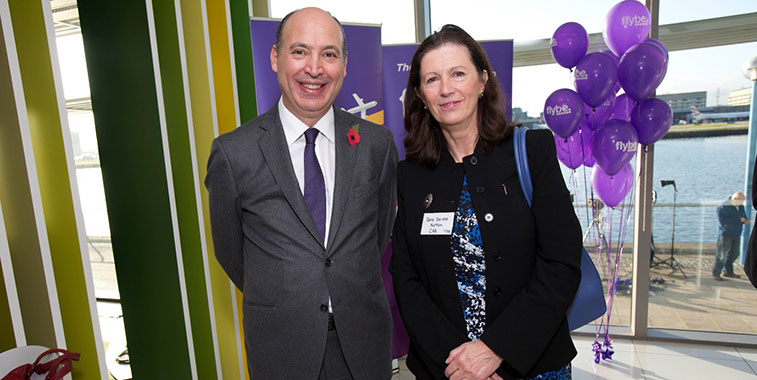 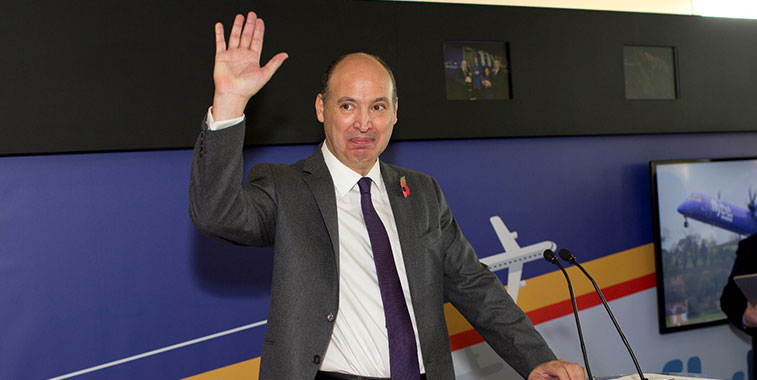 Lastly, the celebrations were closed with a press briefing by Hammad, who added: “We are now in a position where growth and opportunity are a reality. With close to eight million passengers recorded last year over our whole network, we expect to carry half a million in the first year of operations from London City.”