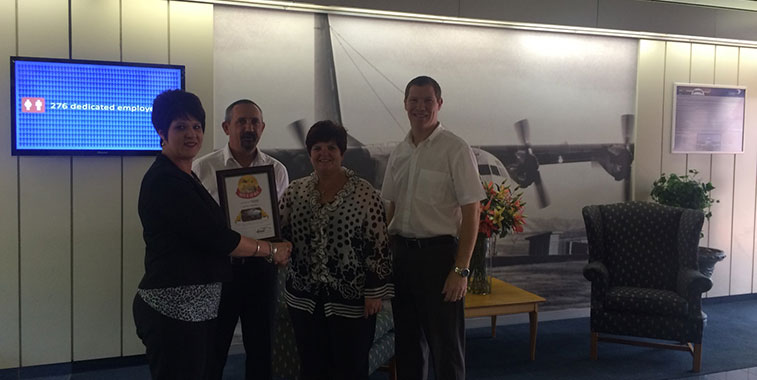 On 27 October, Flybe was awarded the contract to operate the air services between Newquay Airport and London Gatwick, a route supported by a Public Service Obligation, which will see up to £2.8m of funding support provided by the Government over the next four years to safeguard the vital air link. Commenting on the announcement, Robert Goodwill, Aviation Minister, said: “Keeping our regions connected with London is a vital part of our long-term economic plan. Fast, frequent flights to the South West will unlock access to stunning landscapes and skilled businesses, benefiting the region and the UK as a whole.” Marking the achievement are: Ben Burge, Director Network Planning, Flybe; Goodwill; and Adam Paynter, Cabinet Member for Partnerships, Cornwall Council. On 22 October, Dar es Salaam Airport celebrated the arrival of flydubai from Dubai, a route launched on 16 October with daily flights. Nevertheless, the airline expanded further in the Tanzanian market, as it commenced two new routes to Kilimanjaro and Zanzibar on 17 October, both of which are operated twice-weekly via Dar es Salaam. The achievement was marked with a press conference by Sudhir Sreedharan, SVP Commercial, flydubai, who commented: “The pace of flydubai’s expansion in East Africa has picked up. Six of the 23 new routes we have launched this year are to Africa. The potential we see for this market is just the tip of the iceberg as it is still a heavily underserved region. We are very excited about our new flights to Tanzania, which are going to be very popular for our passengers whether for leisure or business.” 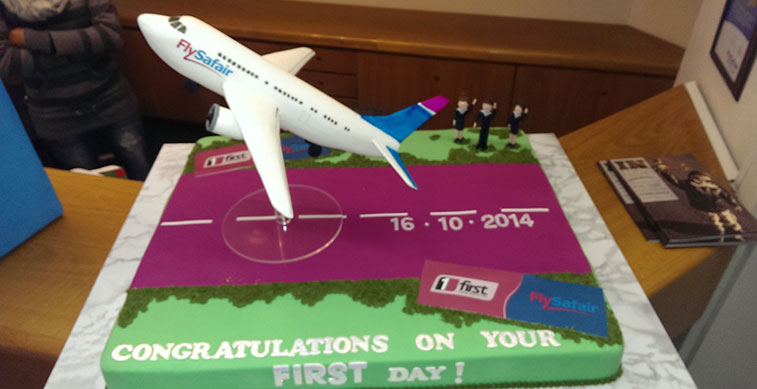 FlySafair’s first operations, from Cape Town to Johannesburg, were celebrated on 16 October with this fantastic cake. The latest start-up LCC based in South Africa now operates on the 1,270-kilometre domestic sector 26 times weekly, utilising its 737-400s. The wholly owned subsidiary of Safair will commence 12 weekly operations to Port Elizabeth on 30 October as well as daily flights to George on 13 November, both launched from its Cape Town hub. 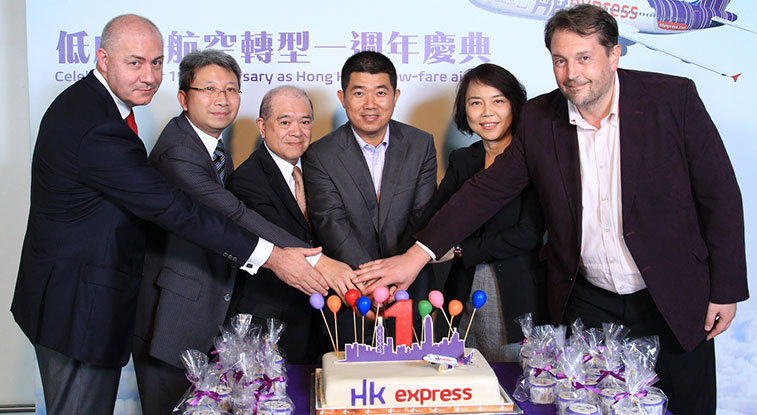 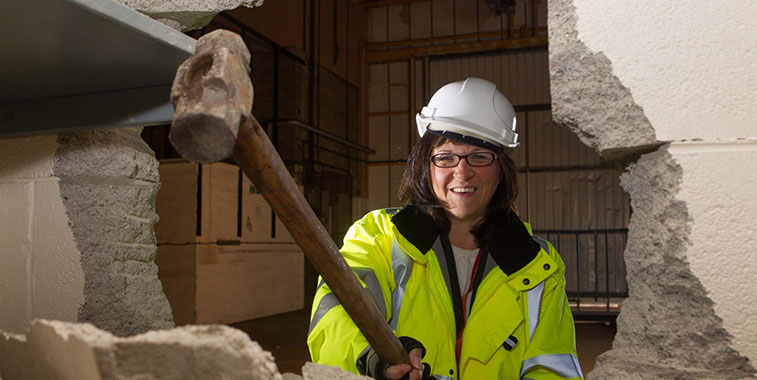 The first official phase of a massive transformation project at Aberdeen Airport has kicked off on 22 October. The project includes new check-in desks, the building of a new vestibule and terminal entrance, the relocation of some stores before security and the introduction of a new catering outlet which is due to open and become operational next month. Carol Benzie, MD, Aberdeen, marked the beginning of the demolition phase. The airport is gearing up to host Routes Europe, which will be held between 12 and 14 April 2015. On 24 October, Frankfurt Airport celebrated the 20th birthday of Terminal 2, which has served more than 147 million passengers in the last two decades, while the number of its operating airlines has increased from 18 carriers in 1994 to over 70 this month. Commenting on the 20th anniversary milestone, Dr. Stefan Schulte, Executive Board Chairman, Fraport, said: “By building Terminal 2, we succeeded in providing the means necessary for continuing the success story of Frankfurt Airport and the Frankfurt/Rhine-Main region. The timely planning and implementation of the required facilities has enabled us to sustainably establish Frankfurt as one of the best connected places in the global air transportation system.”