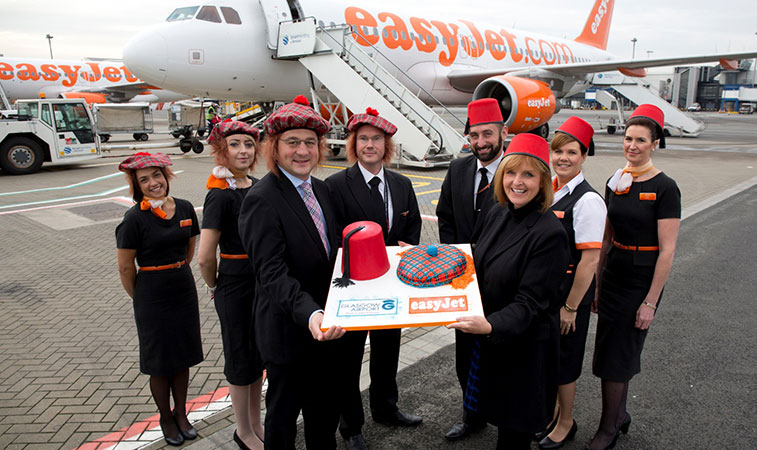 National headwear was the theme of the cake produced at Glasgow Airport for the launch of easyJet’s new twice-weekly A320 service to Marrakech in Morocco, which launched on 29 October. Holding the cake tray are: Francois Bourienne, Commercial Director, Glasgow Airport; and Ali Gayward, UK Commercial Manager, easyJet. This is currently the only scheduled service between a Scottish airport and Morocco. 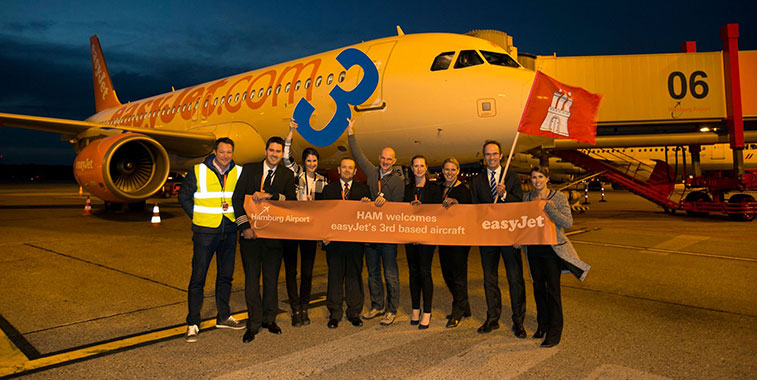 The start of the winter season has seen easyJet base a third aircraft (an A320) at its relatively new Hamburg base. This has enabled the airline to launch six new routes to Amsterdam (3 November), Fuerteventura (5 November), Geneva (4 November), Krakow (4 November), Lanzarote (6 November) and Salzburg (3 November). This brings to 19 the number of destinations served by easyJet from Hamburg this winter. On 29 October, easyJet launched a new twice-weekly service from its Rome Fiumicino base to Tenerife South. Passengers travelling on the first flight between Tenerife South and Rome were greeted by a giant pizza decorated with the colours of the Italian flag. Pictured are: master pizza chef Luca Anfossi; Santiago Yus Saenz de Cenzano, Airport Director; and Rosana Medina, Ground Operations Manager, easyJet.