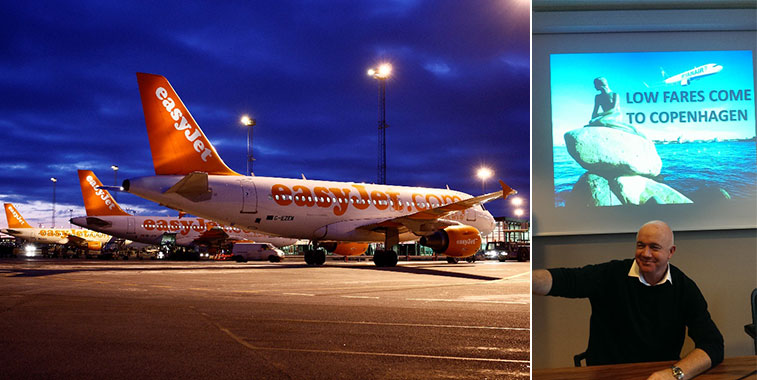 Ryanair’s recent announcement that it would open its 70th base at Copenhagen Airport in March 2015 revealed plans at this stage for just three definite routes; to London Luton, Milan Bergamo and Warsaw Modlin. With easyJet also starting a new Copenhagen service from London Luton this week (while reducing frequency on its London Stansted service), anna.aero this week takes a look at the development of passenger demand between London and Copenhagen.

Since 1996, when the market was just over one million passengers, demand has grown steadily to reach just over 1.7 million in 2013. The surge in traffic at Stansted in 1999 and 2000 can be explained by Go’s entry into the market with, at one point, up to four daily flights. Regular London Luton services have been (until now) conspicuous by their absence. 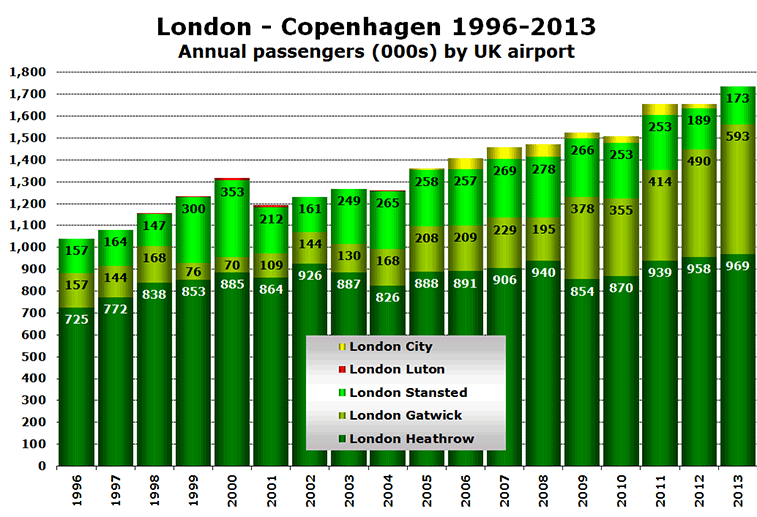 Ryanair will be third LCC to serve market

Since 2000 Copenhagen services from London Heathrow have been the preserve of British Airways and SAS, while at London Stansted easyJet has been the sole operator after its acquisition of Go, and the decision by SAS to drop their service. At London Gatwick, five carriers have served the market, though the Danish trio of Maersk Air, Sterling and Cimber Sterling are all linked by a complex series of historical acquisitions and mergers. London City services have been operated by both British Airways and SAS, but, for whatever reason, neither carrier is currently serving the market.

Ryanair’s decision to launch services from its smaller base at London Luton, rather than its largest base at London Stansted is somewhat curious, unless the ULCC is deliberately trying to attack easyJet, something it has, on the whole, avoided in the past.