On 26 October, Wizz Air commenced its second route from Sibiu Airport, with twice-weekly flights (Wednesdays and Sundays) to Dortmund, after adding London Luton on 14 June. The Hungarian ULCC’s new service was celebrated at the Romanian airport with a cake and the traditional water arch salute on 29 October. Commenting on the achievement, the airport’s GM, Marius Ioan Gîrdea, said: “We can only see this new progressive step of our cooperation with Wizz Air as the reassurance of our foreseen prospects for passenger volume increase and route expansion at Sibiu International Airport in the near future. Furthermore, the addition of this new European destination comes to meet the expectations and needs expressed by the community we serve and the combined efforts of Sibiu County Council and the airport management team towards developing the range of connections that our passengers can access.” While United Airlines commenced twice-daily flights from New York Newark to London in south-western Ontario on 26 October, the Canadian airport celebrated the arrival of the Star Alliance member on 29 October with a fantastic cake and the traditional water arch salute. The 634-kilometre sector will be served utilising ExpressJet Airlines’ 50-seat ERJ 145s. Commenting on the new airport pair to Newark, Michael Seabrook, President and CEO, London Airport, said: “With just a 90 minute flight time, passengers can leave London early in the morning, be in New York in time for business and return home that same evening. It also makes it more feasible to book a weekend getaway in the Big Apple and enjoy all the sports, culture and dining of one of the most fabulous cities in the world.” On 26 October, Ryanair launched a new route from its Dublin base, this time to Brussels, a sector served 16 times weekly by its 737-800s. The inaugural flight was celebrated at the gateway to the European capital with a ribbon cutting ceremony, while passengers were treated with delightful cupcakes. Commemorating the first service were: Leon Verhallen, Brussels Airport; Danielle Neyts, Tourist Ireland; H.E. Eamonn Mac Aodha, Irish Ambassador to Belgium; and Yann Delomez, Ryanair. On 31 October, Ryanair celebrated at Riga Airport its 10th anniversary in the Baltics with a cake, having been cut by: Aldis Mūrnieks, Chairman of the Board, Riga; Aidan Kirwan, Irish Ambassador to Latvia; and Neringa Öhrström, Sales and Marketing Executive Nordics and Baltics, Ryanair. Moscow Domodedovo Airport celebrated with a cake and a ribbon cutting ceremony the 10th anniversary of cooperation with El Al. The flag carrier of Israel is currently serving the second busiest gateway to Moscow with 13 weekly flights from its Tel Aviv base, using a mixed fleet of its 737-800s, 737-900s, 767-300s and 777-200s. On 2 November, Emirates celebrated 15 years of operations at Munich Airport with a cake ceremony. The airline, which initially commenced serving the German gateway with daily fights, is now operating twice-daily from its Dubai base, utilising its 489-seat A380s. 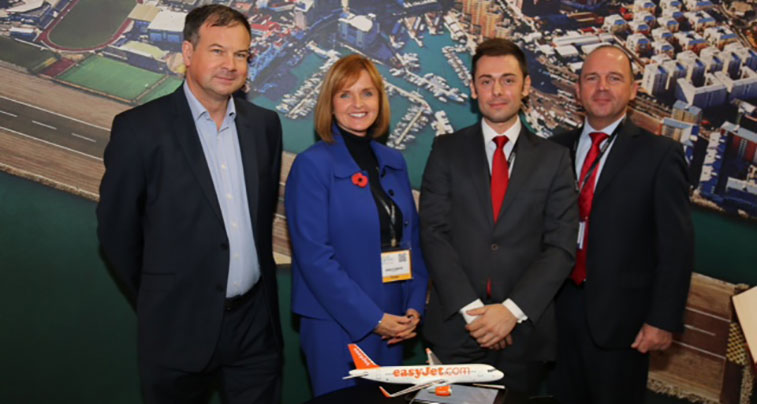 On 4 November, easyJet announced during WTM London 2014 that it will launch on 19 April 2015 the only direct scheduled flights between Bristol and Gibraltar, further strengthening links from the South West of England to the rest of Europe. Commenting on the announcement, Shaun Browne, Aviation Director, Bristol, said: “Bristol Airport is delighted to play its part in extending the air links between the UK and Gibraltar. The city of Plymouth in the South West has a strong connection to Gibraltar through its rich naval and marine industry history, and more recently the financial services sector plays an important role in both our economies. This new flight will provide easy access and improve connections for both business and leisure passengers.” Marking the achievement are: Shaun Browne, Bristol Airport; Ali Gayward, easyJet; Neil F Costa MP, Minister of Tourism, Gibraltar; Nicky Guerrero, CEO, Gibraltar Tourist Board. 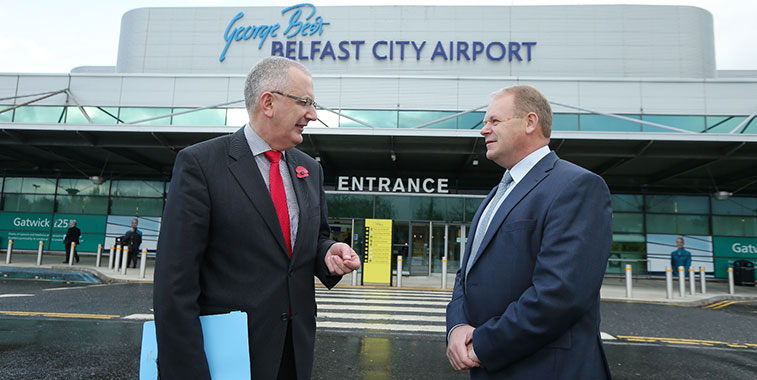 On 4 November, Belfast City Airport celebrated the announcement by Vueling that it is to commence twice-weekly flights from Barcelona starting in May 2015. Commenting on the arrival of the Spanish operator, Brian Ambrose, CEO, Belfast City, said: “It remains our aim to attract new airlines to Northern Ireland and facilitate more direct European routes from Belfast. We are therefore delighted that Vueling has chosen to include Belfast City as one of a select few UK airports in its plans to expand its network. This is a very exciting opportunity to work with Vueling, whose strategy is to partner with airports that have high levels of customer service and are aimed at business travellers.” On 27 October, SeaPort Airlines, the US-based regional carrier that operates a fleet of 16 9-seat Cessna Caravans, celebrated the launch of two new routes from Tupelo Airport, with the addition of 18 weekly flights to Nashville and 12 weekly services to Memphis. The highlights of the celebrations included both a cake served to passengers and a ribbon cutting ceremony on the apron. 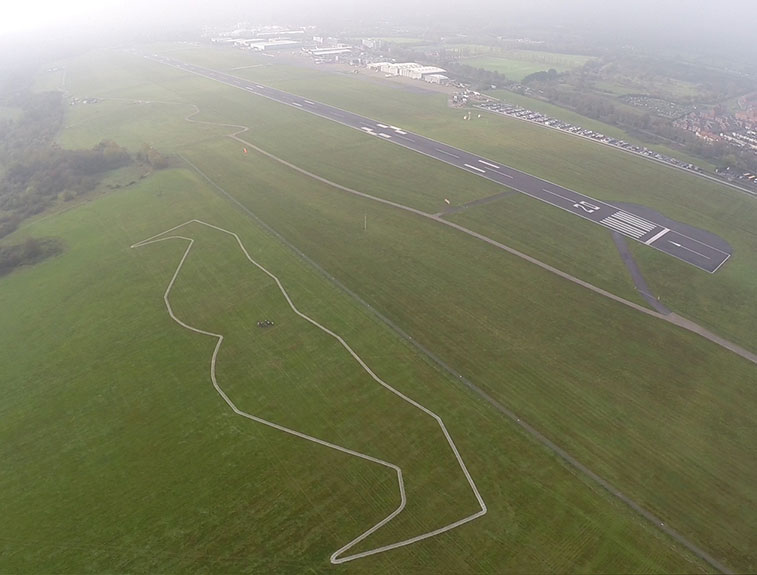 Southampton Airport has shown its support for Movember this autumn, by unveiling the World’s Biggest Mo on the ground. The painted moustache measures 250 metres by 60 metres and is located on airport land, running parallel to the runway. Commenting on the giant moustache, Louise Neville, PR and Communications Executive, Southampton, said: “Men working at Southampton Airport have been supporting Movember for four years now, raising thousands of pounds for this worthwhile charity. They’ve dyed them crazy colours and had ‘best mo’ competitions. This year we wanted to use our space and captive, airborne audience to really get behind Movember and do something special for the fantastic supporters who work here and travel through the airport.”