Celebrations continued at the other end of the route with a ribbon cutting ceremony at Maastricht Aachen Airport. The same day, Groningen Airport welcomed Wizz Air’s new service from Gdansk with a cake. The 808-kilometre sector is served twice-weekly, on Tuesdays and Saturdays. Furthermore, the Hungarian ULCC launched its eighth route from Poznan on 28 October, to Glasgow, which is served twice-weekly, on Tuesdays and Saturdays. Passengers on the inaugural flight were delighted with Polish traditional cake. 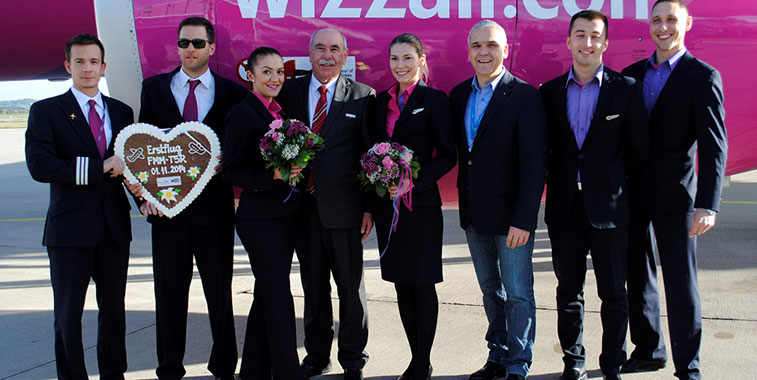 On 1 November, Memmingen Airport celebrated Wizz Air’s first flight to Timisoara with a tasty gingerbread heart. The new route is operated twice-weekly, on Tuesdays and Saturdays. Marking the achievement are: Ivo Gönner, Mayor of Ulm; and Ralf Schmid, CEO, Memmingen; surrounded by the cabin crew of Wizz Air.